A Tale of Two Cities China Ignores at Its Peril 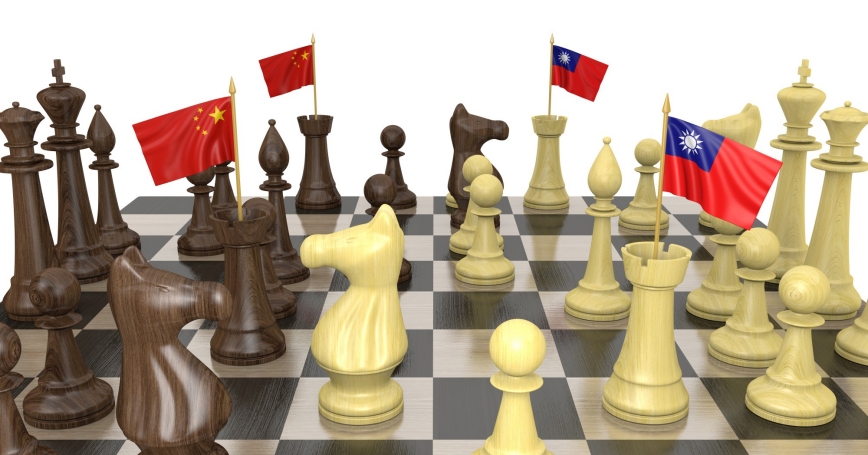 Chinese President Xi Jinping gave a speech on January 2 commemorating the 40th anniversary of the “message to compatriots in Taiwan.” In it, he doubled down on Beijing's plan to integrate Taiwan under the “one country, two systems” framework.

Beijing may believe that, eventually, Taiwanese politics will turn in its favor…But, perhaps unbeknownst to Chinese leaders, fixing the politics in their favor would only take them so far with Taiwan.

Beijing may believe that, eventually, Taiwanese politics will turn in its favor—especially if the opposition KMT candidate, Han Kuo-yu, who is quite pro-China, is able to defeat President Tsai Ing-wen of the DPP at the polls next January. But, perhaps unbeknownst to Chinese leaders, fixing the politics in their favor would only take them so far with Taiwan.

They should also consider experiences from the other two territories currently living under the formula—Hong Kong and Macau—to better understand why “one country, two systems” will never work in Taiwan, regardless of politics.

In Hong Kong, protesters young and old continue to square off against the local Beijing-backed authority to push back against perceived central government overreach in the arrangement, creating grave questions about the viability of “one country, two systems” going forward.

And yet, just an hour's ferry ride away, the same approach that is failing so spectacularly in Hong Kong is largely accepted in Macau. In fact, last month, Macau selected a new chief executive, Ho Iat-seng, who has vowed to make the city the poster child of successful living under the formula.

Ho ran unopposed and is overwhelmingly supported by the mainland authorities. He argues that complete acquiescence to Beijing will result in enormous economic benefits, in spite of necessary compromises to civil liberties. But, well before Ho's rise, dating back to Macau's handover from Portugal to the mainland in 1999, the city has served as a model under “one country, two systems.”

The stark contrast between how each of these cities has reacted to life under “one country, two systems” is explained by delving deeper into their unique situations.

For example, Macau's compliance is driven in part by demographic trends.

Macau's population is approximately 670,000, of which at least 43.6 per cent were born on the mainland. Contrast that with Hong Kong's estimated population of 7.4 million, of whom only around 16 per cent are mainland Chinese immigrants, according to my understanding of their immigration data.

To be sure, under the one-way permit scheme, Beijing may send up to 150 new mainland immigrants daily to settle permanently in Hong Kong, but this policy, as frustrating as it has been for native Hongkongers, has yet to result in a fundamental shift in Hong Kong's demographics on the scale it has in Macau.

As expected, large numbers of mainlanders in Macau have translated into a more favorable view of “one country, two systems,” whereas Hongkongers have less appreciation for mainland policies.

Second, the condition in which the Portuguese and British empires handed over Macau and Hong Kong respectively varied substantially.

Portugal's unquestioned rule over Macau was mortally wounded on December 3, 1966—known as the “12-3 Incident”—when mainland Maoists instigated anti-government riots there as part of the Cultural Revolution.

Having already lost Goa and under serious duress fighting wars against its rebellious African colonies, Portugal decided to relinquish de facto administrative control of Macau. For the next 33 years prior to the handover, Macau was unofficially administered through business leaders and trade unions responsive to Beijing's interests.

Meanwhile, similar Maoist-inspired riots in Hong Kong in 1967 were successfully quelled by the British authorities and London continued to rule exclusively via local British governors appointed by the queen.

British occupation of Hong Kong, as ruthless as it was, had transitioned by the mid-1980s to a more representative government comprising Hongkongers.

Whereas Macau's early opening to Chinese control provided Beijing with more time to implement pro-mainland policies in the territory, Hong Kong was only exposed to mainland policies after its handover in 1997—and was naturally repulsed by Beijing's authoritarianism.

Finally, the primary areas of focus for Macau's and Hong Kong's economies are entirely different. As the centre of Asia's gaming industry, Macau is less interconnected to the regional and global economy. Hong Kong, however, is already fully integrated into the global—and mainly Western—economy and must balance these ties alongside Beijing's economic prerogatives.

Interestingly, after years of strong economic growth, Macau in the last few months has entered a recession, but Ho, the new chief executive, has touted Macau's participation in the Greater Bay Area project as one concrete way of keeping the economy healthy.

Thus, it would seem that Macau is more dependent than Hong Kong on staying within China's good graces to ensure its economic success.

Although about 95 per cent of Taiwan's population is mainland Chinese in origin, many migrated at the end of the Chinese civil war in 1949, and the birth of subsequent generations in Taiwan has undone any sense of compatriotism.

Moreover, Taiwan's flourishing democratic system has existed since 1986 and is freer than Hong Kong's current or previous system during the waning years of British colonial rule.

Similarly, depending on how one counts Taiwan's colonial history, the island either became free from a Chinese KMT dictatorship in 1986, or from Japan following the end of World War II.

Taiwan is almost certain to be a more challenging version of Hong Kong when it comes to implementing “one country, two systems.”

Either way, Taiwan has been a de facto independent country from the communist Chinese mainland for over 70 years—something neither Macau nor Hong Kong can claim.

What Beijing should take away is that Taiwan shares little, if any, of Macau's characteristics. Even scarier for Beijing is that Taiwan is almost certain to be a more challenging version of Hong Kong when it comes to implementing “one country, two systems,” strongly suggesting that the current, albeit ambiguous, cross-strait status quo is the best-case scenario.

Is it really worth attempting to impose “one country, two systems” there by force? Because that may be all Beijing is left with if it plans to move forward.

Derek Grossman is a senior defense analyst at the nonprofit, nonpartisan RAND Corporation. He formerly served as the daily intelligence briefer to the assistant secretary of defense for Asian and Pacific Security Affairs at the Pentagon.

This commentary originally appeared on South China Morning Post on September 12, 2019. Commentary gives RAND researchers a platform to convey insights based on their professional expertise and often on their peer-reviewed research and analysis.