Americans Have Faith in the Military, but They Don't Understand It 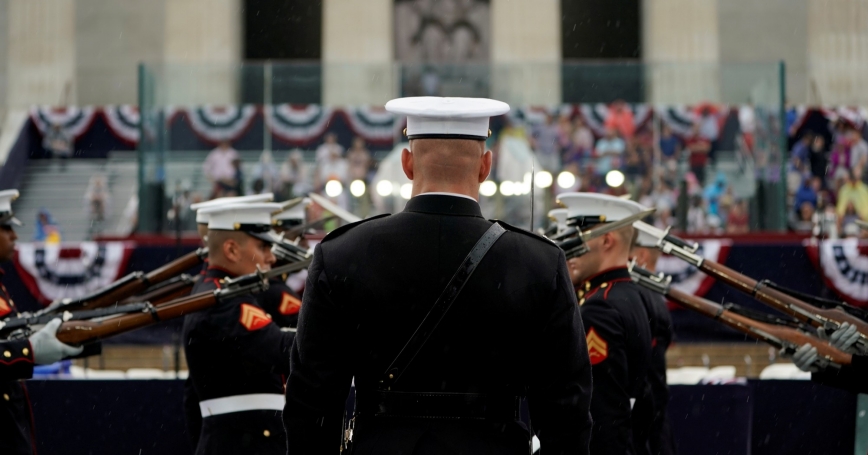 The American military is a central element of U.S. power and history, dominates discretionary spending, and remains the country's most trusted institution. Despite these factors, it is peripheral to the daily life of most citizens. Fewer than one-third of young Americans (PDF) meet the qualifications to serve in the military, and fewer still actually want to serve (PDF). The military also gets very little academic attention; scholarship happens mostly within specialized communities such as military history or strategic studies. As a result, the nation's most expensive and trusted institution is remote from the population that provides the people and money essential to its existence.

Such an approach is inconsistent with a vibrant democracy. As Alexis de Tocqueville observed (PDF) in Democracy in America, “armies always exercise a powerful influence” over the fate of democratic people. Assuming this remains true, for a healthy democracy some rudimentary understanding of the military should be injected into American high school civics courses; and universities and colleges should address it in their classrooms. The role of higher education is especially crucial to fostering a robust national conversation on how best to provide for the nation's common defense. This is not to suggest a fundamental overhaul of curricula. Rather, the study of the military can be integrated into existing social science and humanities courses in a way that helps students understand it for what it is—a vital institution that belongs to the nation.

In this spirit, as a new academic year approaches, I'd like to offer seven themes that emerged while I was writing Demystifying the American Military. If professors tweaked their syllabi to incorporate them, they could deepen understanding of the relationship between the American military and the nation it serves.

Learning military basics is akin to building a vocabulary in another language. A working knowledge of the military starts with its organizations (e.g. services, combatant commands), cultures (e.g., joint versus service cultures), and officer and enlisted ranks. Having this background builds confidence and makes the military appear less monolithic simply by revealing the diversity of organizations and their personnel. Professors generally consider such information too basic to deserve precious course time, but students crave this information. Anyone whose studies or research touches on the military should know the difference between an Army captain and a Navy captain; or that by referring to everyone wearing a camouflage uniform as “soldiers,” they reveal how little they know about the military. If professors don't want to cover this material, they could collaborate with others, such as local Reserve Officers Training Corps (ROTC) detachments.

The Military Is More Complex Than You Think

The very creation of a full-time national military was a controversy in the early Federalist versus Anti-Federalist debates over the Constitution. Sustaining and expanding it has proved equally fraught with problems since the earliest days of the Republic. For example, President Thomas Jefferson's insistence on building a fleet of smaller gunboats to defend U.S. ports starting in 1805 diminished the Navy's ability to defend the nation's shores in the War of 1812. Understanding the complexity of military leaders' responsibilities, especially in wartime, is also important. Gen. Dwight D. Eisenhower might have exercised immense power as the allied commander of the Normandy invasion, but he knew without the cooperation and leadership from the other U.S. military services, not to mention America's allies, the invasion would fail. Hence, he devoted much of his time as commander to building and maintaining this complex coalition. The American military is an immensely complicated, capable, expensive and at times even fragile institution. Students need a deeper awareness of how difficult it is to build, sustain, use, and then rebuild the U.S. military to ensure it is always ready when the nation needs it. Such understanding can be fostered by using seminar discussion to highlight the issues, and then use exercises, tabletop wargames or other experiential learning approaches to make the challenges more apparent.…

Paula Thornhill, the author of “Demystifying the American Military,” is a retired U.S. Air Force brigadier general and a senior political scientist at the nonprofit, nonpartisan RAND Corporation. She previously taught at the U.S. Air Force Academy, served as the Dean of Faculty and Academic Programs at the National War College, and is an adjunct professor in the Strategic Studies Program at the Johns Hopkins University School of Advanced International Studies.

This commentary originally appeared on The National Interest on September 11, 2019. Commentary gives RAND researchers a platform to convey insights based on their professional expertise and often on their peer-reviewed research and analysis.