China Will Struggle to Shut Taiwan Out of the Pacific 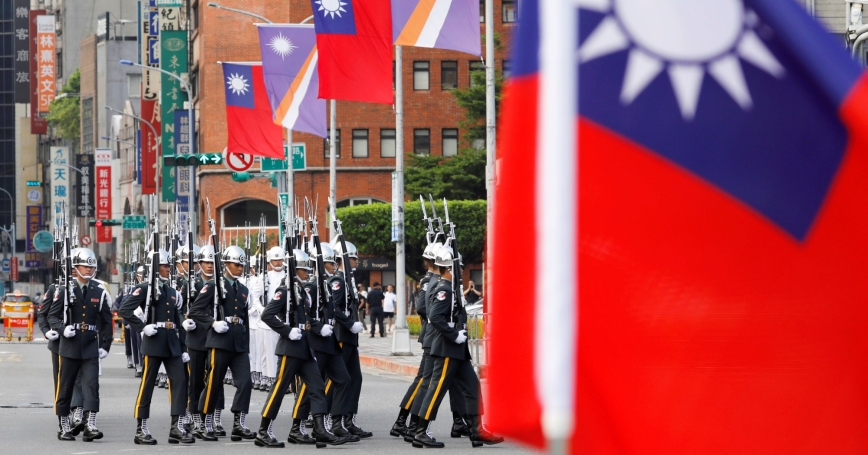 And then there were 15. That was the new tally of Taiwan's official diplomatic partners after the decisions of the Solomon Islands and Kiribati to recognize Beijing over Taipei. Of the 15 partners, four remain in the Pacific, including the Marshall Islands, Nauru, Palau and Tuvalu.

The swiftness of Kiribati's decision, immediately following the Solomon Islands, must have Taiwan feeling jittery in the region these days. Taiwan's partners are important because they offer political support at the United Nations and recognize the Taipei-based government as sovereign on the island instead of Beijing. Might these small island nations fall like dominos into Beijing's waiting embrace?

China is likely to have a difficult time eliminating Taiwan's presence diplomatically in the Pacific. In fact, it will be next to impossible for the foreseeable future.

Fortunately, China is likely to have a difficult time eliminating Taiwan's presence diplomatically in the Pacific. In fact, it will be next to impossible for the foreseeable future. Here's why.

To detach the Marshall Islands, which has just reaffirmed its Taiwan ties, and Palau from Taiwan, Beijing would likely first have to hope the U.S. significantly falters in its own relationships with these states. Both the Marshall Islands and Palau maintain what are called Compacts of Free Association (COFAs) with Washington. COFAs are unique international agreements that grant them annual economic assistance and many other benefits in exchange for unfettered U.S. military access to their territories. These states, along with Micronesia, which has always recognized Beijing but also has a COFA with the U.S., comprise the Freely Associated States (FAS).

Because the Marshall Islands and Palau are extraordinarily close to, and greatly depend on, the U.S. and would not wish to anger Washington, it is highly unlikely they would dump Taipei for Beijing. A good example of the precise situation they seek to avoid is Vice President Mike Pence's recent decision to skip a meeting with Manasseh Sogavare, the new Solomon Islands prime minister, to express U.S. dissatisfaction with Honiara's actions.

But their alignment is far from guaranteed long-term. As I have previously discussed with RAND colleagues, the yearly economic assistance components of their COFAs are set to expire in fiscal year 2023 for Marshall Islands and fiscal year 2024 for Palau. If the U.S. for whatever reason fails to renew them, or fails to renew them at the same or higher level of funding, then Beijing may have an opportunity to convince them the COFAs are not in their national interests.

But the U.S. is increasingly placing a priority on this region as part of its Indo-Pacific strategy, strongly suggesting the assistance will be forthcoming. All three FAS leaders in May, for example, met with President Trump at the White House—the first time FAS leaders have ever met a sitting president—and Secretary of State Mike Pompeo in August became the first secretary to visit Micronesia, once again underscoring U.S. focus on shoring up its relations in the region. This trajectory is unlikely to change in the coming years as Washington looks for ways to compete with and counter China.

Turning to Tuvalu and Nauru, Taiwan might have more justifiable concerns. In both countries, there has been a recent change in leadership, which has at times resulted in unfavorable shifts in Taiwan policy (though sometimes Taiwan has benefited from new governments in China's diplomatic partners, too). But in both countries, the early signs are positive. In regards to Tuvalu, the new government led by Kausea Natano has reaffirmed Tuvalu's relationship with Taiwan. Yet it remains unclear whether Natano is as strong an advocate as his predecessor, Enele Sopaga.

Meanwhile, the new government in Nauru last week reaffirmed its partnership with Taiwan. In the past, Nauru has been a staunch defender of Taiwan. At the Pacific Islands Forum in September 2018, for example, Nauru complicated the Chinese delegation's ability to receive visas, and during the meeting, prevented the head of delegation from addressing the forum.

All of these moves complicate Beijing's effort to diplomatically shut Taiwan out of the Pacific. It is certainly plausible that one or more will switch over to Beijing. These are all relatively small and impoverished countries that need economic assistance for their development. Beijing can offer more funds than Taipei in this regard.

But even if China were able to inflict such punishment on Taiwan, it will never be fully isolated in the region. Unofficial diplomatic partnerships with powerful friends, namely the U.S., Australia, and Japan, will ensure Taiwan maintains the international space it needs and deserves in the face of growing Chinese threats to erase it from existence.

This commentary originally appeared on The Hill on October 2, 2019. Commentary gives RAND researchers a platform to convey insights based on their professional expertise and often on their peer-reviewed research and analysis.