City Diplomacy Has Been on the Rise. Policies Are Finally Catching Up 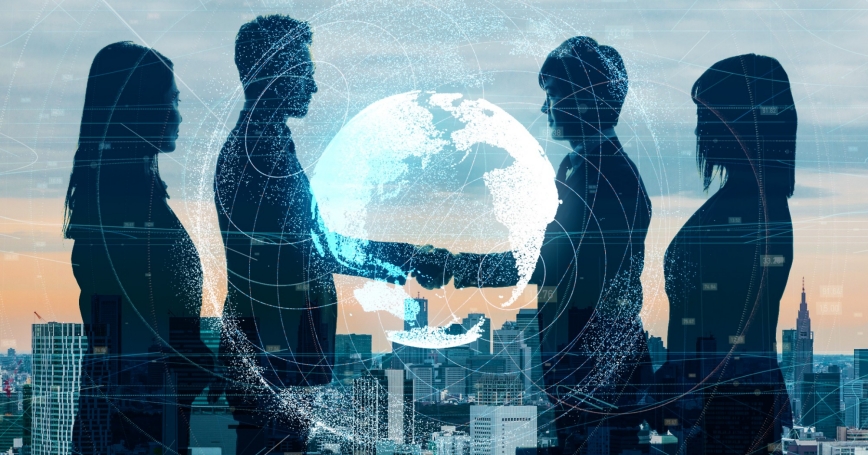 by Sohaela Amiri and Rafiq Dossani

The gridlock in Washington can be disheartening at times, but action-oriented pragmatic mayors, who are not as constrained by party politics, can offer a glimmer of hope.

Cities are not signing international treaties, nor do they have embassies around the world. However, cities can engage in all kinds of negotiations, reach agreements, and influence world politics. Cities form networks, engage in dialogue with counterparts, facilitate public diplomacy, share best practices, and encourage collaboration between international private and public entities. The Department of State could tap into this power to further enhance American diplomacy, global image, and influence.

As Ivo H. Daalder, former U.S. ambassador to NATO (2009-13), puts it, cities are playing a significant role in “addressing the many global challenges that our nations and others must confront—from climate change and cybersecurity to terrorism and pandemics… The City and State Diplomacy Act recognizes this new reality and proposes ways in which the DOS can strengthen and formalize its connection to U.S. cities and states in order to advance America's diplomatic interests and engagement.”

He further emphasizes that it is timely and crucial to “understand and advance the critical role of subnational diplomacy.”

The U.S. Advisory Commission on Public Diplomacy, created by Congress decades ago, calls for policymakers to pay special attention to the growing global influence of cities, a notion that is broadly referred to as city diplomacy. City diplomacy is a particularly good match for the numerous programs and initiatives of the State Department to enhance national security and prosperity of U.S. citizens through non-coercive methods of statecraft, such as public diplomacy.

The State Department could tap into the power of cities to enhance American diplomacy, global image, and influence.

U.S. mayors are viewed globally by U.S. allies as “imperative to maintaining support for, among other issues, free trade, human rights, and climate initiatives.” But how may the State Department incorporate city diplomacy as a mechanism to advance the global interests of U.S. citizens?

In fact, three U.S. cities—Los Angeles, Atlanta, and New York—have created a Mayor's Office of International Affairs to conduct city diplomacy, demonstrating that the intent is there. Beyond these three, more U.S. cities such as Charlotte, N.C., and San Antonio have shown interest in conducting city diplomacy by hiring officials who understand and plan for the city's global affairs and by participating in national events such as the U.S. City Diplomacy Summit at the University of Southern California. Still, federal policies have not kept pace.

Embracing and enhancing city diplomacy does not mean undermining diplomacy by the federal government and through the State Department. Quite to the contrary, this could be the beginning of strategic delegation of diplomatic tasks and responsibilities to local governments to competently conduct international affairs in a globalized, fast-paced, and hyperconnected world.

A report by the USC Center on Public Diplomacy reveals the cities that are at the forefront of the practice are often big “global” cities. Policies such as those proposed in the City and State Diplomacy Act that Daalder highlights ensure that the support of and oversight by the State Department could empower smaller cities across the country to engage in city diplomacy, regardless of their size, resources, and political orientation. This could create more opportunities for the global interests of the local communities in the United States to be pursued internationally, not despite the federal government, but through the support of the State Department.

In the United States, cities and local governments, because of their networks and implementation power, have proven nimbler than the federal government in their response to certain global challenges such as climate change or pandemics. This could give local governments enhanced credibility. Furthermore, even though non-state actors such as giant tech companies are becoming more influential globally, they still lack the authority and legitimacy that governments have.

Peter Van Ham, in his book Social Power in International Politics, calls the local governments the “in-between power” because on one hand, they are profoundly connected to the public and local communities, which gives them credibility, and on the other hand they belong to a larger government system, which gives them legitimacy. These in-between powers, he said, could play a significant role in statecraft and diplomacy in the 21st century.

Ultimately, in terms of a country's soft power and global influence, cities play a strategic role that is precedented historically as well. During the Cold War, city brands were utilized to enhance the U.S. image abroad and to extend its soft power. The Sister Cities program is a traditional example of acknowledging the role of cities in global affairs. Today, the Sister Cities program is only a small component of what cities do to claim their global role.

Cities collaborate with global and local actors and engage them on a wide range of policies through facilitating dialogue, public diplomacy, receiving and sharing actionable information, negotiating agreements, protecting human rights and the environment, conflict resolution, peacekeeping, and agenda-setting. Cities may have been doing this for years, but the speed and nature of policy needs could require nation-states to act more strategically to stay relevant and influential in a globalized society through their cities. Having a robust governmental system dedicated to such tasks could be crucial.

This commentary originally appeared on United Press International on November 22, 2019. Commentary gives RAND researchers a platform to convey insights based on their professional expertise and often on their peer-reviewed research and analysis.