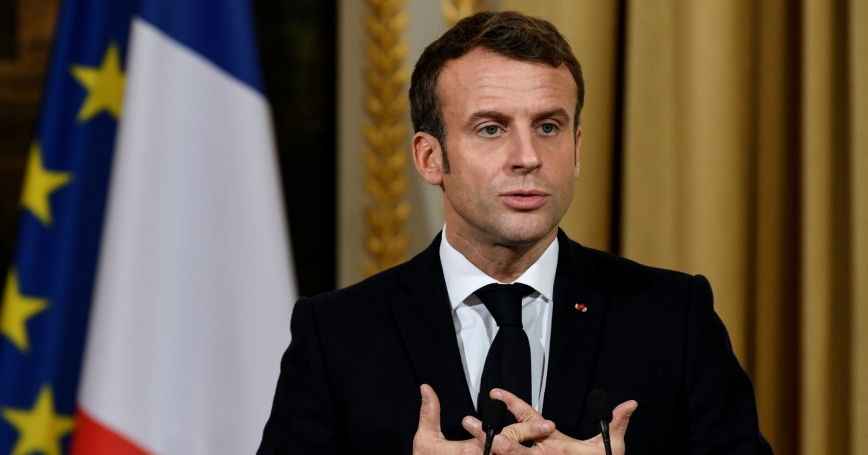 French President Emmanuel Macron recently declared that “we are experiencing the brain death of NATO.” He made this remark in support of longstanding French policy favoring a more united Europe less dependent for its security on American leadership and protection.

Macron's remarks have led to predictable pushback from NATO Secretary-General Jens Stoltenberg and a good deal of editorial comment to the effect that the Western alliance, if not yet moribund is certainly ailing.

Macron's comment was provoked by President Trump's Oct. 6 decision, since substantially modified, to pull all U.S. troops out of Syria forthwith. The move was intended to avoid a clash with one NATO ally, Turkey, but there was no consultation with the other NATO allies operating alongside the United States in Syria, let alone with Kurdish forces that were to be the target of a Turkish attack.

But Macron also traced America's declining support for the alliance back to President Obama's declared shift of America's strategic priorities to Asia and to Trump's longstanding ambivalence about NATO and antipathy to the European Union.

Deterrence rests upon the credibility of the commitment and the consequent certainty of an effective response to any aggression. Turkish President Recep Tayyip Erdogan did not find America's commitment to its Kurdish partners credible, and he proved to be right. America's commitment to European security is much more explicit and formal, of longer standing, better understood and appreciated by the American public and backed up by more sizable forces on the ground. Nevertheless, Trump's multiple about-faces on Syria have begun to chip away at the credibility of even this most solemn of commitments.

Deterrence rests upon the credibility of the commitment and the consequent certainty of an effective response to any aggression.

Macron is, thus, right to wonder how Trump would respond to any threat to European security. But Macron is wrong to attribute this uncertainty, as he does, to diminishing support for the trans-Atlantic alliance among Americans more broadly.

Opinion polling (PDF) continues to show strong public support for NATO within the United States, revealing, indeed, a substantial increase since Trump's election. Within the Trump administration a succession of national security advisers, secretaries of state and defense have labored successfully to keep American support for European defense on track. And European security is one of the areas where even Republican members of Congress have been prepared to differ with the president.

Macron argues that the new doubts about the reliability of the United States should impel efforts to build an autonomous European capacity for defense and power projection. This should not unduly worry American policymakers. First, experience suggests that such initiatives will not get very far. But more important, it would be good, not bad, for the United States if these efforts succeeded. The United States would welcome a more equal partnership with a more united Europe, distant though that prospect may be.

More to be feared is another lesson Macron drew from American inconstancy in Syria, the need for rapprochement with Russia. “If we want to build peace in Europe, to rebuild European strategic autonomy, we need to reconsider our position with Russia,” Macron said after declaring NATO brain dead. “That the United States is really tough with Russia, it's their administrative, political, and historic superego. But there's a sea between the two of them. It's our neighborhood, we have the right to autonomy, not just to follow American sanctions,” he continued.

Efforts by the United States to shore up the credibility of its commitment to European security need not be driven by an urge to head off intensified defense cooperation among Europeans, but rather by the desire to preserve the possibility for common responses to challenges such as Russia's aggression against Ukraine.

This commentary originally appeared on Inside Sources on December 3, 2019. Commentary gives RAND researchers a platform to convey insights based on their professional expertise and often on their peer-reviewed research and analysis.