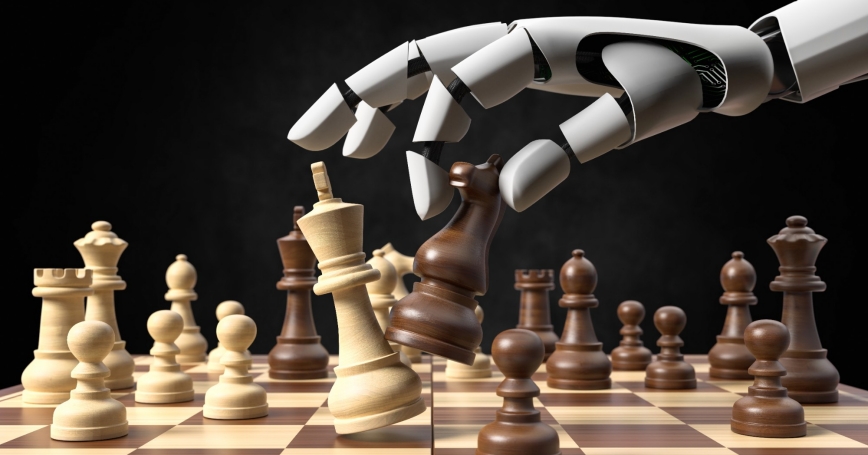 Will artificial intelligence (AI) change warfare? It's hard to say. AI itself is not new—the first AI neural network was designed in 1943. But AI as a critical factor in competitions is relatively novel and, as a result, there's not much data to draw from. However, the data that does exist is striking. Perhaps the most interesting examples are in the world of chess. The game has been teaching military strategists the ways of war for hundreds of years and has been a testbed for AI development for decades.

Military officials have been paying attention. Deputy Defense Secretary Robert Work famously used freestyle (or Centaur) chess to promote the third offset strategy, where humans and computers work together, combining human strategy and computer speed to eliminate blunders while allowing humans to focus on the big picture. Since then, AI and supercomputers have continued to reshape how chess is played. Technology has helped to level the playing field—the side with the weaker starting position is no longer at such a disadvantage. Likewise, intimidation from the threat of superhuman computers has occasionally led to some unorthodox behaviors, even in human-only matches.…

Andrew Lohn is a senior information scientist at the nonprofit, nonpartisan RAND Corporation. His research topics have included military applications of AI and machine learning. He is also co-author of “How Might Artificial Intelligence Affect the Risk of Nuclear War?”

This commentary originally appeared on War on the Rocks on January 3, 2020. Commentary gives RAND researchers a platform to convey insights based on their professional expertise and often on their peer-reviewed research and analysis.