Where Does China's 'One Country, Two Systems' Stand in 2020? 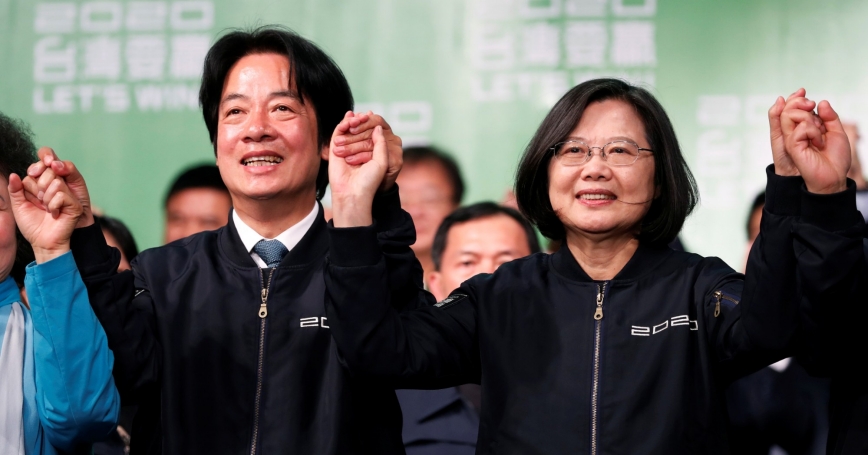 Regarding Taiwan, President Tsai Ing-wen's landslide re-election on January 11 resoundingly demonstrates that “one country, two systems” is dead on arrival there. For decades, Beijing has been attempting to persuade Taipei, leveraging both carrots and sticks, to peacefully unify (or reunify, from its unique perspective) under the arrangement. But Taiwan's election went in the exact wrong direction for Beijing.

Predictably, Tsai rejected “one country, two systems” during the campaign. Since her election in 2016, she has consistently refused to recognize the “1992 Consensus”—a nebulous agreement between China and Tsai's rival Kuomintang (KMT) party on the existence of only “one China”—that Beijing considers to be the foundation of all cross-strait negotiations. Perhaps less predictably, her KMT opponent in the election, Han Kuo-yu, did likewise, in spite of KMT recognition of the 1992 Consensus. Han probably chose this path because Chinese President Xi Jinping in January 2019 equated the “1992 Consensus” with “one country, two systems”—in effect eliminating any wiggle room for the KMT's traditional argument that it holds “differing interpretations” of “one China.” Additionally, Beijing's high-handed role in managing Hong Kong affairs this past year instilled little confidence in Taipei that implementation of the formula in Taiwan would lead to a positive outcome.

China's “one country, two systems,” however, is still on reasonably solid footing elsewhere—in Macau, for example. To commemorate the 20th anniversary of Macau's transition from Portuguese to Chinese control in 1999, Xi in December made his first official visit to the island. In his speech, Xi praised Macau for providing “a gorgeous chapter” in the short history of the “one country, two systems” experiment. Xi also congratulated the new chief executive, Ho Iat Seng, on his election in October. Ho previously said that “Macau will be an example of China's reunification,” and Xi has agreed, highlighting the “Macau model” and “the practice of one country, two systems with Macau characteristics” as the proper path.

Regarding Taiwan, President Tsai Ing-wen's landslide re-election on January 11 resoundingly demonstrates that “one country, two systems,” is dead on arrival there.

While in Macau, Xi also implicitly juxtaposed the stability of Macau with the instability of Hong Kong, which has been rocked by months-long protests stemming from the local government's introduction of a now-defunct draft extradition law. Xi underscored the essential role “patriotic education” plays in Macau toward combating the negative influence of meddling “external forces” in China's internal affairs. He further praised Macau's implementation in 2009 of a pro-China national security law making sedition against the central government in Beijing illegal. Hong Kong has rejected both measures. Indeed, there are deeper differences between Macau and Hong Kong that explain their distinct approaches to “one country, two systems.”

Although Hong Kong has serious and legitimate misgivings about the prospects of preserving its semi-autonomous status under “one country, two systems” (some in Macau also share these concerns), protester actions thus far have not fundamentally threatened the arrangement. To be sure, the protests have evolved from a narrow focus on Chief Executive Carrie Lam's permanent withdrawal of the draft extradition law into a broader democratic movement aimed at ensuring Hong Kongers' rights are preserved under the Basic Law, or Hong Kong's constitution.

However, the protests have not transformed into a Hong Kong independence movement—and are very unlikely to do so. There are certainly isolated examples of Hong Kong independence supporters, but even one of the most public and vocal critics of Beijing's overreach into Hong Kong's affairs, activist and politician Joshua Wong, has avoided arguing for independence. This is good news for China. With the protests now fizzling and being replaced by growing calls for Lam's government to act against the coronavirus, Hong Kong does not appear poised to challenge “one country, two systems” in the future.

Meanwhile, in a revealing moment last month, a pro-Beijing lawmaker in Hong Kong asked Lam what might happen after 2047—the expiration date of the formula, according to the Basic Law. Lam responded that “one country, two systems” could last beyond 2047 if student activists' “temporary misunderstandings” did not trigger the central government to further assert its control.

Given the potential for Chinese military intervention were Hong Kong to declare independence, Lam's comments serve in part as a Beijing-sanctioned warning. But her remarks are an olive branch of sorts, too, suggesting that if Hong Kong behaves more like Macau, then it might delay its fate of becoming just another Chinese communist city after 2047. That latter message is likely to resonate with the vast majority of Hong Kongers who seek to avoid total subjugation by mainland authorities. They understand that “one country, two systems” may be the best-case scenario they can reasonably hope for right now, albeit with less Chinese interference.

As I have argued previously, cracks are certainly showing in China's “one country, two systems” approach. Taiwan has not been impressed by Beijing's implementation of the formula in Hong Kong, and Xi's speech equating the 1992 Consensus with “one country, two systems” prompted even the China-friendly KMT to reject Beijing's policy. And China has undoubtedly faced real challenges in Hong Kong itself during months of protest and the ensuing chaos, prompting Beijing to at least prepare for possible military intervention. None of this, however, has resulted in a wholesale rejection of the formula in Hong Kong. When coupled with Macau's total obedience to the mainland, it becomes clear that, in spite of the Taiwan challenge, Beijing can claim bright spots as well.

Derek Grossman is a senior defense analyst at the nonprofit, nonpartisan RAND Corporation and adjunct professor at the University of Southern California. He formerly served as the daily intelligence briefer to the assistant secretary of defense for Asian and Pacific security affairs at the Pentagon.

This commentary originally appeared on The Diplomat on February 13, 2020. Commentary gives RAND researchers a platform to convey insights based on their professional expertise and often on their peer-reviewed research and analysis.