China Just Botched a Monumental Opportunity with the Philippines 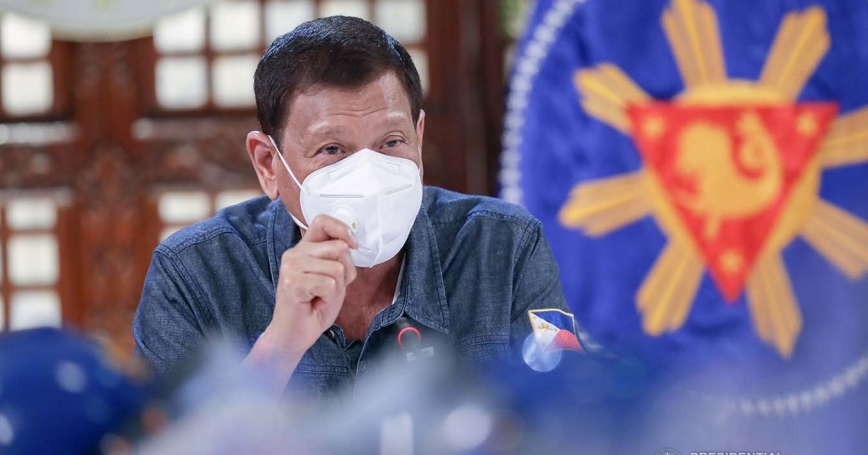 Philippines President Rodrigo Roa Duterte updates the nation on the government's efforts in addressing COVID-19 at the Malago Clubhouse in Malacañang on May 11, 2020

Photo by Ace Morandante/Philippines Office of the President

Philippines President Rodrigo Duterte's announcement on February 11 that Manila planned to terminate the U.S.-Philippines Visiting Forces Agreement (VFA) in six months, per the VFA terms, was hailed by Beijing as evidence the United States was losing the great power competition with China in the Indo-Pacific. A Chinese state-run media headline exclaimed “Washington's divisive intents get cold shoulder,” and another called Duterte's decision a “severe blow” to the U.S.-Philippines alliance. One of China's military outlets further argued that Duterte's announcement underscored a “deep bilateral feud” that, according to Beijing's hardline tabloid Global Times, would “upset U.S. meddling in the South China Sea.”

The problem for Beijing, however, was what happened on June 2: Duterte and his government decided to postpone the VFA termination, breathing new life into the decades-long agreement that enables the United States, among other things, freedom of movement into and within the Philippines. Washington believes the VFA is a critical enabler of the Indo-Pacific Strategy (PDF) because of the Philippines' close geographic proximity to the South China Sea.

To be sure, Chinese policymakers privately may never have fully believed the VFA would end. For example, according to Dai Fan, director of the Center for Philippines Studies at Jinan University, “This week's [June 2] reversal does not surprise us. However, we just did not expect to happen so soon…China still has a long way to go in replacing the United States in this region.” Indeed, as I have argued previously, there were many good reasons to be suspicious of the commonly held view that Duterte would never reverse course on VFA termination because of his anti-American stance.

Nevertheless, the reasons cited by Filipino Secretary of Foreign Affairs Teddy Locsin Jr. must be disconcerting for Beijing because they were “heightened superpower competition” and, interrelatedly, the “pandemic.” This probably means that since Duterte's announcement of VFA termination on February 11, Manila has felt insecure with Chinese behavior and therefore needs to keep the United States engaged in the region.

From a Filipino perspective, China has not relented in the South China Sea since Duterte's VFA termination announcement. On February 17, for example, a Chinese navy ship in “a hostile act” targeted a Filipino navy ship that had been patrolling disputed seas. Then, on April 18, Beijing officially declared the establishment of administrative control over the disputed Spratly Islands. Also starting in April, Beijing redeployed the Haiyang Dizhi 8 geological survey vessel with coast guard escorts into Vietnam's exclusive economic zone, and did the same against Malaysia to harass West Cappella's exploration operations in disputed waters—underscoring that no ASEAN neighbor is safe from China's growing assertiveness in the region. All the while, Beijing for well over a year has maintained a constant fishing militia presence around Thitu (also known as Pag-asa) in the Spratlys to enforce its sovereignty claim to the island.

Regarding coronavirus, Beijing's so-called “mask diplomacy” has been difficult to ignore. Since the start of the outbreak, China has offered medical expertise by deploying a team to advise the Philippines and by providing various shipments of test kits, masks, and ventilators. Although Manila has expressed appreciation for Beijing's assistance, deeply-rooted suspicion and anti-Chinese sentiment are widespread among the Filipino people. Lingering sovereignty disputes in the South China Sea and Chinese pressure against the Philippines certainly play a large role. Additionally, potential debt trap, environmental, and security concerns related to China's Belt and Road Initiative (BRI) in the Philippines, as well as Manila's inability thus far to tangibly benefit from BRI projects, have called Duterte's attempts to realign Filipino foreign policy toward Beijing and away from Washington into serious question.

Delaying VFA termination makes sense because it demonstrates that the Philippines has not completely moved away from its security alliance with the United States.

In this context, delaying VFA termination makes sense because it demonstrates that the Philippines has not completely moved away from its security alliance with the United States, and seeks to avoid over-reliance on China in all respects, including coronavirus assistance. Indeed, Duterte and President Trump on April 19 spoke via phone primarily about coronavirus assistance. Hence, Duterte's move on the VFA could be viewed as a natural recalibration that helps satiate public demands to keep Washington nearby.

An inescapable conclusion is that Beijing failed to seize the moment that could have resulted in termination, or at least renegotiation, of the VFA by August 9. Most obviously, China could have reduced pressure against the Philippines in the South China Sea since the VFA termination announcement to give Duterte critics little reason to oppose the move. Instead, Beijing carried on business as usual in the region. And while China's coronavirus assistance was appreciated, Beijing's efforts had already been undermined by its past inability to bolster Duterte's pro-China policies, such as BRI, by showing the benefits of closer bilateral relations.

Either way, the 45th anniversary of the establishment of China-Philippines diplomatic ties on June 9 gave Beijing the welcome opportunity to shift the narrative. In a string of articles, including an op-ed from the Chinese ambassador in the Philippines, Beijing touted the vitality of relations. In an exchange between leaders, Chinese President Xi Jinping noted “I attach great importance to the development of China-Philippines ties,” and Duterte added that China was a “close neighbor and a valued friend.” The two leaders also spoke over the phone the evening of June 11, after which the Chinese foreign ministry said Duterte had pledged “to be China's everlasting friend and would not allow anyone to exploit the Philippines for anti-China activities.” Going forward, Beijing's plan is clearly to put the VFA behind them. But this does not take away from what could have been for Beijing, which was to get one step closer to the end of the U.S.-Philippines security alliance and achieve greater alignment with China in its place.

This commentary originally appeared on The Diplomat on June 18, 2020. Commentary gives RAND researchers a platform to convey insights based on their professional expertise and often on their peer-reviewed research and analysis.