Is the '1992 Consensus' Fading Away in the Taiwan Strait? 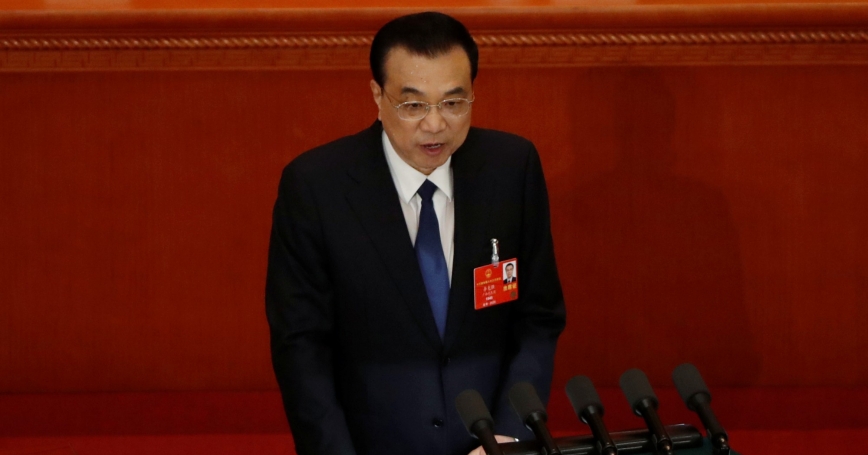 Chinese Premier Li Keqiang delivers a speech at the National People's Congress at the Great Hall of the People in Beijing, China, May 22, 2020

For nearly 30 years, China has routinely touted Taiwan's recognition of the “1992 Consensus” as the sole basis for maintaining peace and stability in the Taiwan Strait. However, the consensus—an alleged agreement between Taiwan's then-governing and now opposition Kuomintang (KMT) and Beijing on the existence of only “one China”—may hold less relevance for both sides today than in the past.

Significantly, during his delivery on May 22 of a government work report to China's National People's Congress (NPC), Premier Li Keqiang left out the 1992 Consensus—the first time this has happened in nine years, dating back to KMT President Ma Ying-jeou's tenure when he laid the issue to rest by recognizing the agreement. But subsequent NPC work reports on May 23 and 26 reinserted 1992 Consensus language, suggesting it remains Chinese policy. On the Taiwan side, in her inaugural address on May 20 newly re-elected President Tsai Ing-wen omitted any mention of the 1992 Consensus, whereas she spent three paragraphs explaining her views of the consensus during her first inaugural address in 2016.

China's mixed messages on the consensus and Taiwan's elimination of it entirely are likely rooted in Chinese President Xi Jinping's January 2019 speech commemorating the 40th anniversary of a “Message to Compatriots in Taiwan.” In his speech, Xi for the first time conflated the 1992 Consensus with the “one country, two systems” arrangement. This arrangement, under which both Hong Kong and Macau are governed, would entail Taiwan's recognition of the existence of only one China as ruled from Beijing in exchange for maintaining semi-autonomous status.

Beijing's decisionmaking is often shrouded in mystery, and Premier Li's NPC speech is no different. But given the context, it is plausible that Li's speech omitted mention of the 1992 Consensus to send the message that Tsai's recognition of the agreement is no longer necessary. In effect, Beijing is now prepared to skip that step and move directly toward “one country, two systems” for Taiwan, if deemed necessary. Perhaps as further evidence, Li also left out the term “peaceful” before “reunification” in his speech. Although this has happened at least twice in the past, both times occurred at high points in cross-strait tension, in 2006 and 2008. Viewed from this perspective, Li's omission is a worrying sign. However, Beijing's reinsertion of 1992 Consensus language in subsequent NPC speeches, given by Chairman of the NPC Li Zhanshu and Chairman of the Chinese People's Political Consultative Conference Wang Yang, send the opposite message. Observers will have to keep an eye on future signals from Beijing to better determine whether the 1992 Consensus is still relevant to Chinese leaders, or if their top focus is now to implement “one country, two systems” regardless of Taiwan's concurrence.

On the other side of the strait, in Taiwan, the 1992 Consensus has always been a controversial topic, especially within Taiwan-centric Democratic Progressive Party (DPP) circles. Nevertheless, Tsai, who hails from the DPP, tried mightily to accommodate Beijing's demands that she, like her KMT predecessor Ma, recognize the agreement. During her first inaugural speech in 2016, for example, Tsai went as far as to acknowledge the “historical fact” that both sides met in 1992 to discuss sovereignty issues. Her pragmatic approach, however, was unappreciated and panned by Beijing.

Then, following Xi's major speech on Taiwan, it became clear that Beijing considered the 1992 Consensus as equal to “one country, two systems.” Tsai outright rejected the formula the day after Xi's speech. Meanwhile, for the KMT, the timing of Xi's statement was unfortunate. The KMT had just won local elections in November 2018 in a landslide and had planned to carry out a more pro-China agenda at the national level had it been elected in 2020. But by January 2019, the KMT was forced to disavow “one country, two systems” as too extreme, which also had the cascading effect of forcing Tsai's KMT rival during the presidential campaign in 2019, Han Kuo-yu, to reject it in spite of his pro-China stance.

Implementing “one country, two systems” with Taiwan has always been China's primary goal, but the difference now may be that Taiwan's concurrence is no longer required.

And since the 1992 Consensus now meant “one country, two systems,” this logically called into question the KMT's support of the 1992 Consensus itself. Since 1992, the KMT's position had always been agreement on one China, but with each side maintaining “respective interpretations” of one China. Up until Xi's speech, Beijing had remained quiet about the KMT's position, allowing it to freely promote this narrative as long as one China was included. Following Xi's speech, however, the KMT position became no longer tenable, and this has been exacerbated by the continued deterioration of Hong Kong's semiautonomous status under “one country, two systems.” That is why the new KMT chairman, Johnny Chiang, has recently signaled the party may no longer support the 1992 Consensus going forward.

While the 1992 Consensus is not dead in the Strait, Beijing at a minimum appears less concerned about it these days, judging from Xi and Li's speeches. Of course, implementing “one country, two systems” with Taiwan has always been China's primary goal, but the difference now may be that Taiwan's concurrence—i.e., “peaceful reunification”—is no longer required. Although Taiwan's DPP was never going to recognize the 1992 Consensus, Beijing probably missed out on its best opportunity to keep political momentum during Tsai's tenure in the hope that the agreement might be reaffirmed at the start of a new KMT administration. Finally, if the KMT does decide to drop the 1992 Consensus from its policy platform, then there will be no hope for cross-strait political negotiations unless a new formulation is forged. Either way, delays in recognizing the 1992 Consensus are likely to convince Beijing of the need to intensify ongoing coercive efforts to achieve “one country, two systems” sooner rather than later.

This commentary originally appeared on The Diplomat on June 2, 2020. Commentary gives RAND researchers a platform to convey insights based on their professional expertise and often on their peer-reviewed research and analysis.