Revoking the 'License to Drink': Emerging Evidence on Mandatory Sobriety 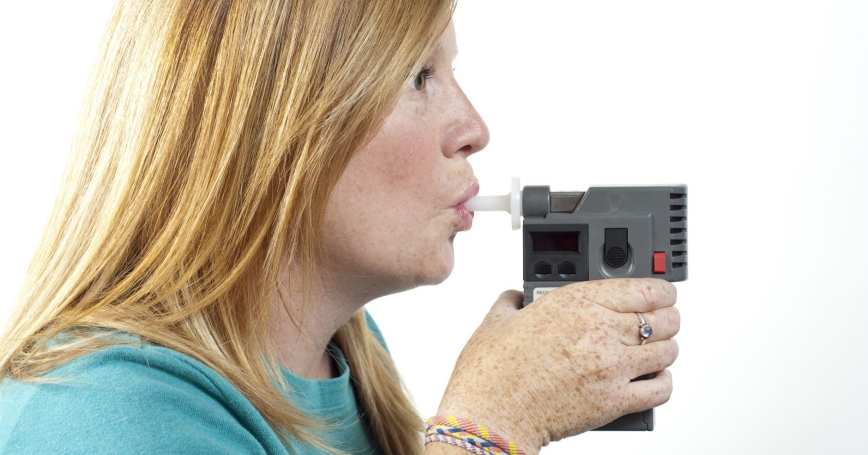 by Beau Kilmer and Gregory Midgette

When someone reaches the legal drinking age, they are essentially given a license to purchase and consume as much alcohol as they want. Most people who drink do not run into any problems with their consumption, but those who do can impose massive costs on themselves and society. When someone's drinking leads them to repeatedly threaten public safety—for example, by driving drunk or committing acts of violence—should they be allowed to keep drinking?

Some places have already made up their minds. The state of South Dakota has been revoking “licenses to drink”—and taking it seriously—for 15 years. And many other locales, including the United Kingdom, are taking notice.

South Dakota's 24/7 Sobriety program originally targeted only those arrested for repeat drunk driving, but it expanded to other criminal offenses including domestic violence. Those in the 24/7 program are ordered to abstain from drinking and they must either come into the sheriff's office twice a day to blow into a breathalyzer or wear an alcohol monitoring bracelet. Those testing positive for alcohol use or missing a test are subject to a swift, certain, and modest sanction—typically a night or two in jail.

RAND research found that after counties in South Dakota implemented 24/7, the total number of repeat arrests for impaired driving in the county decreased by an average of 12%. We also found that the program was associated with a decrease in arrests for domestic violence and a reduction in mortality.

After counties in South Dakota implemented 24/7, the total number of repeat arrests for impaired driving in the county decreased by an average of 12%.

The program is particularly noteworthy in that it does not require participants to undergo counseling or attend 12-step program meetings. This makes it different from the drug treatment courts or DUI courts that have been implemented across the country. The 24/7 Sobriety program requires only that people abstain from alcohol—it doesn't dictate how.

A panel of the U.S. National Academy of Sciences, Engineering, and Medicine reviewed the evidence and concluded, “The 24/7 monitoring program for high-risk offenders has been shown to be effective in some rural areas.” However, the panel noted that an important limitation to the existing literature is the focus on county-level analyses rather than comparing individuals who were and were not in the program.

Our new individual-level analysis in Journal of Policy Analysis and Management addresses this concern and the results are striking. Among those who had been arrested for a second or third drunk driving offense, 24/7 participants were almost 50% less likely to be rearrested or have their probation revoked in the following year compared to those who were not in the program.

There is also peer-reviewed evidence suggesting 24/7 can work outside of South Dakota. North Dakota implemented 24/7 in 2008, albeit with a few important differences: 1) the BAC threshold for a breathalyzer violation was 0.02 instead of 0.00; 2) North Dakota utilized alcohol monitoring bracelets more than South Dakota; and 3) North Dakota's program was more likely to test for drugs other than alcohol. Despite these differences, the results were generally consistent with what was observed in South Dakota. A new analysis published in the Journal of Quantitative Criminology finds that 24/7 adoption in North Dakota was associated with a 9% reduction in substance-impaired driving arrests at the county level.

Other questions remain about 24/7: Can the same results be achieved outside of the Dakotas? Is an alcohol monitoring bracelet more or less effective than in-person breathalyzer tests? Is it possible to deter alcohol use without the threat of incarceration? Would it be cost-effective to incorporate 24/7 into existing court-ordered treatment programs? Curious jurisdictions could implement pilot programs to answer these questions and figure out if 24/7 makes sense for them.

Indeed, given the promising experiences with mandatory sobriety in Humberside, Lincolnshire, North Yorkshire, and South London, there is now funding available to implement the program throughout England and Wales. If the criminal justice agencies involved collaborate with researchers, this rollout could answer many lingering questions about revoking the “license to drink.”

Beau Kilmer is the director of the RAND Drug Policy Research Center at the nonprofit, nonpartisan RAND Corporation. Greg Midgette is an assistant professor of criminology and criminal justice at the University of Maryland.

This commentary originally appeared on Institute of Alcohol Studies on June 26, 2020. Commentary gives RAND researchers a platform to convey insights based on their professional expertise and often on their peer-reviewed research and analysis.