Can Sudan Escape Its History as a Transit Hub for Violent Extremist Organizations? 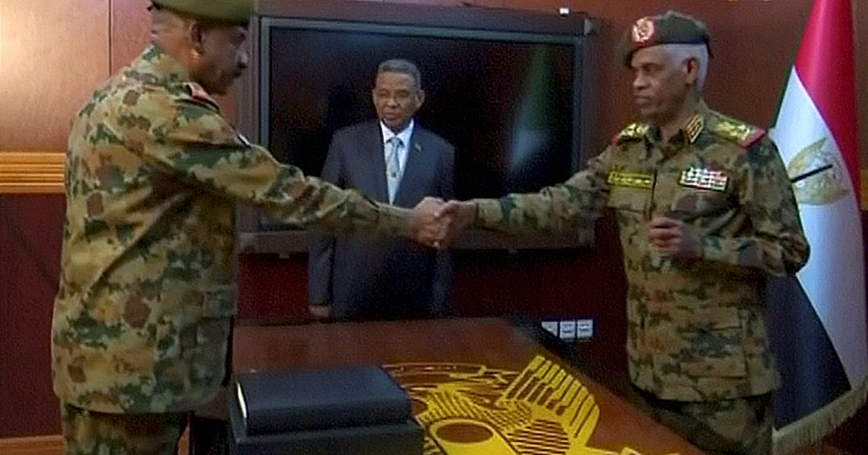 When the U.S. Department of State released its annual country reports on terrorism a few weeks ago, many security analysts were curious how Sudan would be assessed. The state has been officially listed as a sponsor of terrorism since 1993 on account of its support for groups like the Abu Nidal Organization, Palestinian Islamic Jihad, Hamas, Hezbollah, and al Qaeda, among others. According to the report on Sudan, “Despite the absence of high-profile terrorist attacks, ISIS facilitation networks appear to be active within Sudan.”

Sudan's security and counterterrorism forces continue to have difficulties stemming the entry of fighters, weapons, and other illicit goods from neighboring countries. Sudan lacks the technical and physical capabilities to secure its borders, according to the State Department's report.

But Sudan has taken several steps to normalize its relations with the global community, tightening regulation of the country's financial sector to reduce its susceptibility to money laundering and exhibiting greater willingness to cooperate with regional counterterrorism efforts. According to the U.S. State Department, these include “operations to counter threats to U.S. interests and personnel in Sudan.” Significantly, in April 2019, a military-led coup deposed longtime strongman Omar al-Bashir, replacing him with a transitional council that will administer the country for 21 months, after which power is supposed to pass to a civilian government elected by popular vote.

Sudan has taken several steps to normalize its relations with the global community.

These developments could pave the way for real democratic change. That said, Sudan continues to confront major challenges that could yet derail the country's path back to the mainstream of international politics. To find a permanent place in that mainstream, Sudan must show that it is no longer a haven for terrorist and violent extremist groups and that it is committed to ensuring that this remains true.

A major part of Sudan's problem today is geography. Sudan abuts seven countries and shares a vast shoreline with the Red Sea, positioning the state at the heart of some of the most endemic areas of militant activity in Africa and the Arabian Peninsula. Groups including Boko Haram, Jamaat Nusrat al-Islam wa-l-Muslimin (JNIM), and the Islamic State in the Greater Sahara are situated to the West, while Sudan's northern borders with Libya and Egypt make it vulnerable to penetration by several groups affiliated with al Qaeda and ISIS.

Sudan's location makes it a potential gateway for linking hubs of militant activity in north, central, and east Africa. This is particularly true given that movement across the country's borders is not difficult. Most land crossings are highly informal, or, due to their sheer length, unmonitored. Where official posts do exist, they are generally poorly staffed and underequipped, relying mostly on paper ledgers to record the details of those who enter and exit the country. Militant groups could exploit these dynamics to establish rear bases that are used to support and facilitate the movement of operatives across various theaters of conflict.

One especially vulnerable region is the Jebel Kurush mountain range in northeastern Sudan, which runs parallel to the Red Sea and which has proven ideal for running covert drugs and weapons drops, as well as staging insurgent excursions into and from the Arabian Peninsula. As far back as 2004, al Qaeda reportedly set up numerous training camps in this area for these reasons. The rugged nature of the terrain in this part of Sudan does not lend itself to comprehensive monitoring and control, meaning that groups like al Qaeda in the Arabian Peninsula (AQAP) and ISIS's Yemeni affiliate could leverage the region for exporting terrorism from the Gulf of Aden to the Horn of Africa.

Sudan also acts as the main transit corridor for irregular migration from the Horn of Africa to Northeast Africa and the Mediterranean. The eastern border states of Kassala and Al Qadarif constitute the main entry points into the country. Routes then typically go to Khartoum, which acts as a central consolidation hub for the onward journey to the northern shorelines of Libya and Egypt. From there, migrant boats depart for Europe, crossing the central Mediterranean from either a stretch of the Libyan coast between the towns of Sabratha and Gargaras, or from the Egyptian cities of Alexandria and Damietta.

Militant groups could conceivably leverage these flows to covertly place cells in Europe by having operatives pose as refugees fleeing from either highly repressive states (e.g., Eritrea), or countries suffering chronic internal instability (e.g., Somalia, Yemen, or the Democratic Republic of the Congo). This would be a variant of the tactics that ISIS used to infiltrate some of the militants in the network behind the November 2015 urban warfare attacks in Paris and the March 2016 bombings in Brussels. The attackers crossed the European Union's external border in the eastern Aegean on the pretext that they were escaping the Syrian civil war.

Given the foothold that affiliates of ISIS and al Qaeda have established in Libya and Egypt—and the curtailment of most scheduled air travel to Europe due to the COVID-19 pandemic—militant groups could potentially use this route as an alternate conduit for reaching the continent. Though open-source evidence is currently not robust enough to conclude that this is the case, it is a scenario that security officials in both the EU and Libya have considered.

Removing Sudan as an official state sponsor of terrorism could spur much-needed investment and bring Khartoum closer into the orbit of normalized relations with other countries.

Removing Sudan as an official state sponsor of terrorism could spur much-needed investment and bring Khartoum closer into the orbit of normalized relations with other countries. But there are three overarching reasons why, even with recent progress, it will take some time for Sudan to be removed from the state sponsor of terrorism list. First, the mechanics of actually settling terrorism court cases that have been brought against the state (2000 attack on the USS Cole and the 1998 embassy bombings in Kenya and Tanzania) are highly complex, and it is not clear that Khartoum has the financial means to pay compensation to the victims given its failing economy. Second, Sudan has yet to enact fundamental reforms to its banking sector to ensure that it cannot be used as a center for laundering terrorist money. Third, the United States appears to still be somewhat uncertain that the current transitional administration will make good on its pledge to allow democratic elections to go ahead in 2022.

Sudan is a country in transition. Even if issues of political will are resolved, there will still be major capacity gaps. The international community has an interest in working to stabilize a country that has historically served as a bastion of militancy in a volatile region.

This commentary originally appeared on Foreign Policy Research Institute on July 23, 2020. Commentary gives RAND researchers a platform to convey insights based on their professional expertise and often on their peer-reviewed research and analysis.