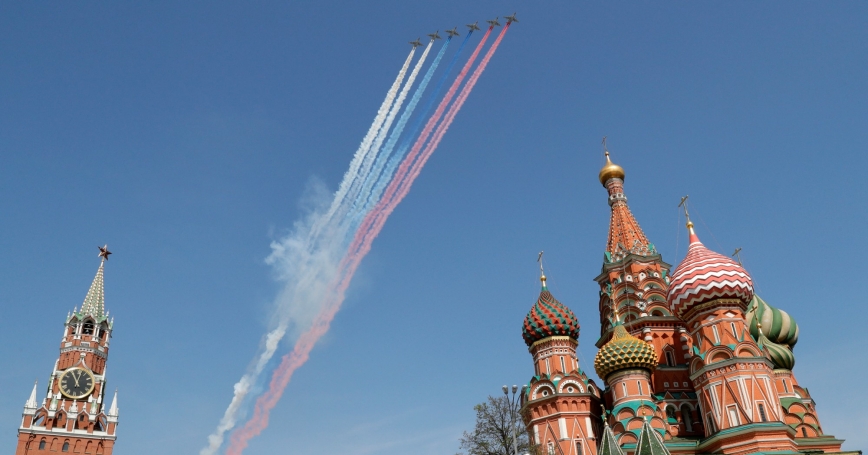 by Scott Cullinane and William Courtney

A Washington axiom is that the president writes foreign policy and Congress only edits it. But in recent years Congress has shown more initiative, as in expanding sanctions, shifting U.S. forces closer to Russia and promoting human rights. Under the next president, is Congress likely to retain this lead?

The 1974 Jackson-Vanik (PDF) Amendment is a legendary example of Congress driving policy toward Moscow. Supporters lauded it for leveraging U.S. trade benefits to induce the USSR to allow more Jewish emigration. But President Nixon warned that Jackson-Vanik could backfire by angering Soviet leaders. U.S. presidents since then have tended to see the law as a blunt tool or unwelcome intrusion.

These exertions brought some benefits. Putin let Obama ship nonlethal materiel via Russia to NATO forces in Afghanistan. The United States and Russia agreed in 2002 to the SORT Treaty to reduce deployed strategic nuclear forces, and further cuts in 2010 in the New START Treaty. Both countries cooperated on the 2015 Iran nuclear deal.

In each administration, however, relations eventually hit rocky shoals.

The United States objected to Russia's missile cooperation with Iran in the 1990s, the invasion of Georgia in 2008 and Ukraine in 2014, intervention in Syria in 2015 and interference in U.S. elections in 2016.

These and other malign activities have had resonance on the Hill and led to initiatives in three major areas.

Congress has backed sanctions. In 2012 over Obama's objections, Congress passed the Magnitsky Act. Named after a corruption-fighting lawyer who died in what proponents of the law say were “inhuman” prison conditions, it authorizes sanctions on human rights violators.

Frustrated by Trump's reluctance to punish Russia over election interference, Congress in 2017 approved the Countering America's Adversaries Through Sanctions Act by a huge bipartisan margin. Trump signed the bill but dragged his feet in implementing it.

Congress has robustly funded a program launched by Obama and sustained by Trump now called the European Defense Initiative. It enabled the first increase in U.S. military power in Europe since the Cold War and has moved some of it closer to Russia (PDF). Congressional opposition to Trump's recent decision to bring home thousands of U.S. troops now in Europe is “fierce on both sides” of the aisle.

Congress has criticized presidential missteps. A bipartisan Senate report said the Obama administration was “not well-postured” to deal with Russia's interference in the 2016 presidential race.

Last month Republican lawmakers demanded answers from Trump on why he had done nothing in response to alleged Russian offers of bounties to Taliban fighters for killing U.S. troops in Afghanistan.

At a 2018 summit with Putin in Helsinki, Trump said he “saw no reason” why Russia would have interfered in the 2016 election. Republicans criticized his remark. Rep. Liz Cheney (R-Wyo.) called it a “defense of Putin,” and Sen. Lindsey Graham (R-S.C.) said Trump had “missed an opportunity” to hold Russia accountable.

On some issues—such as last year's pull-out from the Intermediate-range Nuclear Forces Treaty—bipartisan consensus did not form. Although this reflected a partisan split on the continued value of the treaty, Republicans and Democrats were equally troubled by credible reports of Russian violations.

Congressional mandates and criticisms often reflect mistrust of presidents who appear reluctant to be firm with Moscow.

Congressional mandates and criticisms often reflect mistrust of presidents who appear reluctant to be firm with Moscow. With Obama, Congress saw the “reset” as oversold. Rising disputes with Russia helped spur passage of the Magnitsky Act. With Trump, Congress was angered by his praise for Putin and challenge to the U.S. intelligence community's assessment on election interference.

Congress has been instrumental in stabilizing U.S. policy toward Russia through recent presidencies. But facing a plethora of urgent issues, Congress lacks time and resources to delve too deeply into foreign affairs. Some leaders in international relations who have bipartisan credentials are leaving—such as Rep. Elliot Engel (D-N.Y.), chair of the House Committee on Foreign Affairs, whose departure would follow former Senate Foreign Relations Committee Chairman Bob Corker's (R-Tenn.) retirement at the end of the 115th Congress. But significant bipartisan traditions in the two committees may continue.

Too often Congress and the executive struggle in opposite directions on Russia policy, as now. A more cooperative and comprehensive approach could help stabilize policy, bolster deterrence and regain the confidence of America's allies.

Whoever wins the presidency in November may seek to restore the executive branch's traditional lead on foreign policy, including toward Russia. This could require building more trust with foreign policy leaders in both parties in Congress, and working with them to forge consistent, enduring and credible policies. If the president falters with regard to Russia, Congress is more likely to sustain the initiative.

Scott Cullinane was the professional staff member for the House Foreign Affairs Committee Subcommittee on Europe, Eurasia, and Emerging Threats. William Courtney is an adjunct senior fellow at the nonprofit, nonpartisan RAND Corporation, and was U.S. ambassador to Kazakhstan, Georgia, and a U.S.-Soviet commission to implement the Threshold Test Ban Treaty.

This commentary originally appeared on The Hill on August 14, 2020. Commentary gives RAND researchers a platform to convey insights based on their professional expertise and often on their peer-reviewed research and analysis.