In the Middle East, Russia and China Expand Their Influence 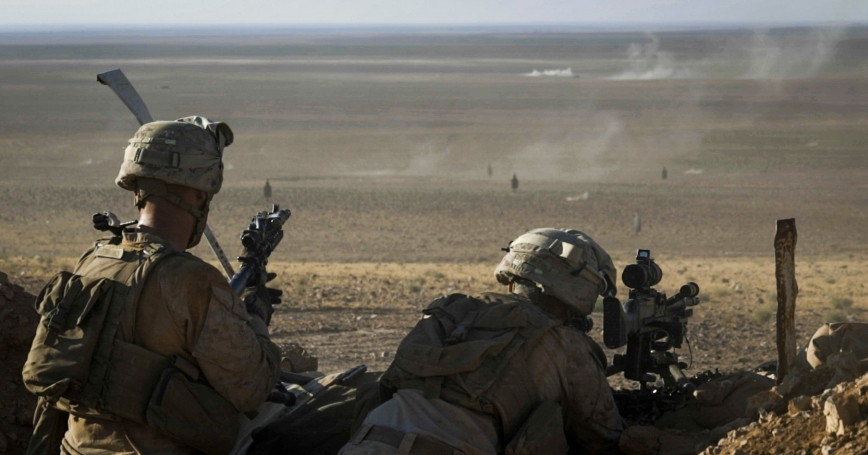 Recent news that China and Iran are close to finalizing an economic and security partnership, initially proposed by Beijing in January 2016, has renewed anxieties among some U.S. observers that Washington is gradually ceding the Middle East to its principal strategic competitor. Commenters raised similar concerns after the January 2020 assassination of Islamic Revolutionary Guard Corps-Quds Force commander Maj. Gen. Qassem Soleimani. Targeting Soleimani undermined relations not only with Iran, but also with Iraq, since the drone strike that killed him took place at Baghdad International Airport and also killed an Iraqi Shiite militia commander.

While the United States is concerned primarily about a resurgent China's inroads in the Middle East, it is also nervous about the gambits of a revanchist Russia, which is perhaps now the most influential external actor in both Syria and Libya. The White House's 2017 national security strategy (PDF) and the Pentagon's 2018 national defense strategy (PDF) are concerned principally about the revival of great-power competition with Beijing and Moscow. While many discussions center on the Asia-Pacific and the Baltic regions, the Middle East is starting to figure more prominently. This June, the commander of U.S. Central Command, Gen. Kenneth McKenzie Jr., described the region as a “Wild West” arena of competition in which China is principally using its economic heft to establish a long-term strategic “beachhead,” and Russia is using limited but “pretty high-intensity” deployments of military assets “to throw sand in [America's] gears” and “appear to be a player on the global stage when it comes to Middle Eastern issues.”

Some erosion of U.S. influence in the Middle East was likely inevitable. America's relative preeminence in world affairs is considerably lower than it was when the Soviet Union dissolved. China and Russia, meanwhile, are far more capable of translating long-standing grievances against the post-Cold War order into meaningful opposition—principally in their respective near abroads, but also further afield, including in the Middle East. U.S. policymakers and the public alike, meanwhile, are increasingly calling for a recalibration of their country's role in the region, owing not only to deep disappointment with nearly two decades of military morass in Afghanistan and Iraq, but also to a growing sentiment that the United States should circumscribe and demilitarize its efforts in the Middle East. While that judgment is not unanimous, it is gaining more high-profile advocates: An essay by Johns Hopkins University's Mara Karlin and the Brookings Institution's Tamara Cofman Wittes in the January/February 2019 issue of Foreign Affairs, an article by the Council on Foreign Relations's Martin Indyk this January in the Wall Street Journal, and a paper by the Center for a New American Security's Ilan Goldenberg and Kaleigh Thomas this July are three notable examples. Finally, one might argue that the Middle East does not figure as prominently in U.S. national interests as it did a decade or two earlier. The unconventional energy revolution underway in the United States makes it less dependent on imports of crude oil and natural gas from the region, and U.S. counterterrorism operations have significantly reduced the threat that the global jihadist movement poses to the homeland.…

Ali Wyne is a nonresident senior fellow at the Atlantic Council and a nonresident fellow at the Modern War Institute. Colin P. Clarke is an adjunct senior political scientist at the nonprofit, nonpartisan RAND Corporation, a senior research fellow at the Soufan Center, and an assistant teaching professor at Carnegie Mellon University's Institute for Politics and Strategy.

This commentary originally appeared on Lawfare on September 17, 2020. Commentary gives RAND researchers a platform to convey insights based on their professional expertise and often on their peer-reviewed research and analysis.