Taiwan’s KMT May Have a Serious '1992 Consensus' Problem 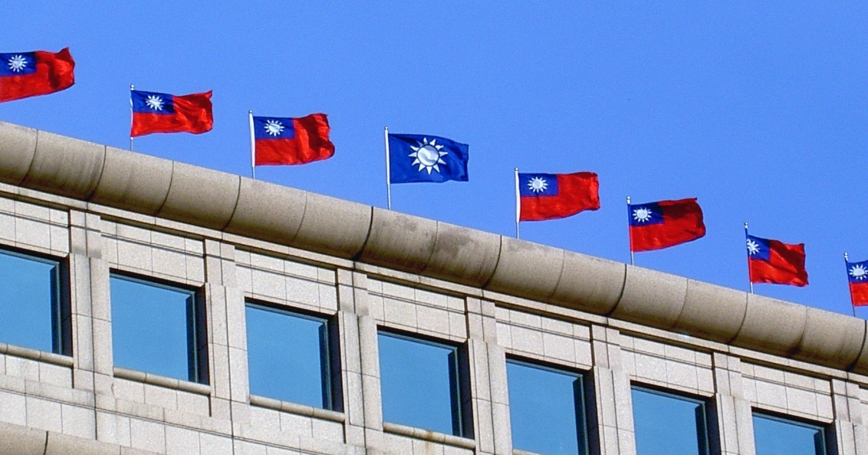 Following another landslide loss in the presidential election this past January, Taiwan's opposition Kuomintang (KMT) party faced a critical decision on cross-Strait policy: whether to keep the “1992 Consensus” in the party platform. The 1992 Consensus is an agreement between the KMT and mainland Chinese authorities on the existence of only “One China,” but the KMT contends it may hold “different interpretations” of One China. After some initial hesitance, the new KMT chairman, Johnny Chiang, announced at the KMT National Congress on September 6 that the party would retain the 1992 Consensus.

From the perspective of maintaining peace and stability, the KMT's decision is understandable. Beijing has routinely noted that Taiwan's recognition of the 1992 Consensus is a precondition of positive cross-Strait relations. At his inauguration in May 2008, KMT President Ma Ying-jeou became the first Taiwanese leader to recognize the consensus, paving the way for the inking of the cross-Strait Economic Cooperation Framework Agreement in June 2010, and an informal summit with Chinese President Xi Jinping in November 2015 in Singapore.

However, since the Democratic Progressive Party (DPP) came to power in January 2016, China has intensified its pressure campaign against the island: a move that could, in a worst-case scenario, result in war. President Tsai Ing-wen of the DPP, who has refused to recognize the consensus, was reelected this year, all but ensuring that the next four years will be exceptionally tense. Thus, the KMT is banking on positioning itself as the more China-friendly party that, if elected in 2024 and beyond, would return peace and stability back to the Strait by re-recognizing the 1992 Consensus.

Keeping the 1992 Consensus in its platform is probably detrimental to the KMT.

This makes sense on the surface, but on balance, keeping the 1992 Consensus in its platform is probably detrimental to the KMT, for at least four reasons.

First, it is hard for the KMT to credibly claim “different interpretations” on the 1992 Consensus. Up until January 2019, Beijing, though it obviously disagreed with the KMT position, generally allowed the party to verbalize its view unchallenged. Both sides benefited from the arrangement. The KMT could uphold the consensus as evidence that it was more responsible than the DPP to broker and keep the peace, while Beijing did not have to worry about Taiwan drifting away toward independence if the KMT kept winning elections.

But as China's strength and confidence have continued to increase, especially over the last decade, Beijing has become less willing to allow for ambiguity. In a watershed moment on January 2, 2019, Xi commemorated the 40th anniversary of China's “Message to Compatriots in Taiwan” by dispensing with the notion that the 1992 Consensus allowed for “different interpretations” of One China. Instead, he equated it exclusively with the “One China Principle.” Xi simultaneously emphasized “One Country, Two Systems”—envisioning One China, but with different governments in Beijing and Taipei—as the future cross-Strait political framework. His speech likely caught the KMT off guard as it was forced to immediately disavow One Country, Two Systems.

As one of us has previously discussed, China's National People's Congress (NPC), held in May of this year, has further deepened the mystery surrounding Beijing's position. During his delivery on May 22 of a government work report to the NPC, Premier Li Keqiang omitted the 1992 Consensus—the first time this has happened in nine years dating back to Taiwan President Ma's tenure. But subsequent NPC work reports on May 23 and 26 reinserted 1992 Consensus language, suggesting that it remains Chinese policy. Nevertheless, it is plausible that Li's address—as the senior-most leadership speech at the NPC—intentionally avoided mention of the 1992 Consensus to send the message that Taipei's agreement is no longer necessary. In effect, Beijing may now be prepared to skip that step and move directly toward One Country, Two Systems for Taiwan. If this reading of cross-Strait tea leaves is accurate, then that would leave the KMT hanging on to a consensus that Beijing no longer cares about.

Second, Beijing has revealed that the KMT will not receive greater respect, nor will it build cross-Strait trust, by recognizing the 1992 Consensus. Shortly after KMT chairman Chiang's announcement of the party platform on September 6, it was also revealed that former Speaker of the Legislative Yuan, Wang Jin-pyng, would lead a KMT delegation on September 19 to attend the 12th Straits Forum in Xiamen, Fujian Province on the mainland. But the KMT cancelled the visit following Chinese state-run CCTV's insulting comment that “with the Strait on the brink of war, this man [Wang] is coming to the mainland to sue for peace.” The key takeaway is clear: Beijing no longer views the KMT as an equal partner in achieving cross-Strait peace, but as a weaker adversary that must be fully humiliated and defeated.

Third, while the Taiwanese people have themselves reached no agreement on the definition of the 1992 Consensus, nearly 90 percent of them reject (PDF) Beijing's view—a trend that is increasingly alienating the KMT from the electorate. In the 2016 presidential election, voters rejected the notion that the construct is indispensable to cross-Strait ties. And by 2020, a public opinion survey (PDF) conducted by the Mainland Affairs Council found that 84.4 percent of respondents supported the DPP's position that relations across the Taiwan Strait should be conducted “without political preconditions.” Politically, the KMT may have calculated that Beijing's attempt to squeeze President Tsai's administration would weaken the DPP, but the failure of the “One Country, Two Systems” policy in Hong Kong has only confirmed a skeptical view of Beijing in the minds of most Taiwanese. To remain viable in future elections, the KMT would be smart to compete beyond its aging base and consider whether its China policy reflects the views and aspirations of the median voter.

Finally, the 1992 Consensus is a symbolic last vestige of Taiwan's one-party dictatorship. In 1992, neither side of the Taiwan Strait was a democracy and the officials who met in Hong Kong were representing the Chinese Communist Party (CCP) and KMT. Twenty-eight years later, the concept remains a merely alleged understanding. Indeed, the KMT only began playing up the 1992 Consensus when it became apparent that the DPP would win the presidency for the first time in 2000. In other words, the KMT has wielded the 1992 Consensus as a political cudgel against the more Taiwan-centric DPP, and as a way to lock Taiwan into cooperative relations with the mainland. Given that Taiwan has since fully transitioned from authoritarianism to democracy, a policy as critical as the 1992 Consensus deserves to be put to a referendum. The results may prompt the KMT to divest itself of this relic of its authoritarian past and embrace an opportunity for a fresh start.

Maintaining the 1992 Consensus as the cornerstone of the KMT's platform, on balance, has not helped the party's cause—and, more importantly, has probably done the opposite.

Maintaining the 1992 Consensus as the cornerstone of the KMT's platform, on balance, has not helped the party's cause—and, more importantly, has probably done the opposite. Beijing has likely moved the goal posts on what is required of Taiwan to preserve cross-Strait peace and stability. By taking a more China-friendly position, the KMT no longer receives Beijing's respect, nor builds trust in return. Taiwanese polling data strongly indicates that supporting the consensus is bad politics. And the KMT's past attempt to foist the consensus on the DPP without an opportunity for the public to weigh in risks damaging its legacy as the party that oversaw Taiwan's transformation into one of the world's most vibrant democracies. The only real risk for the KMT in abandoning the 1992 Consensus is becoming more like the DPP. But that is probably a manageable one.

Derek Grossman is a senior defense analyst at the nonprofit, nonpartisan RAND Corporation, an adjunct professor at the University of Southern California, and a regular contributor to The Diplomat. He formerly served as the daily intelligence briefer to the assistant secretary of defense for Asian and Pacific security affairs at the Pentagon. Brandon Alexander Millan is a member of the Pacific Council and adjunct professor of political science at Santa Monica College. His recent journal publications have appeared in Taiwan Journal of Democracy, Critical Asian Studies, and American Journal of Chinese Studies.

This commentary originally appeared on The Diplomat on September 25, 2020. Commentary gives RAND researchers a platform to convey insights based on their professional expertise and often on their peer-reviewed research and analysis.