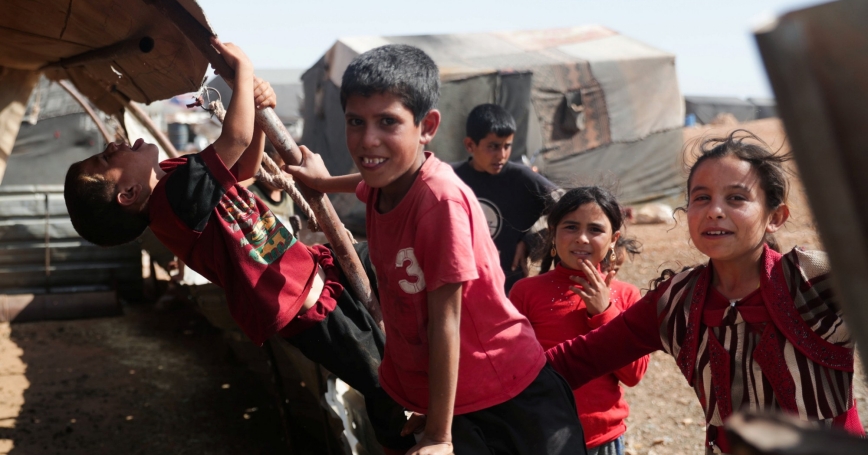 Children play together at Atmeh camp, near the Turkish border, Syria, June 13, 2020

The Syrian civil war is about to turn ten years old. Fighting has ebbed into an uneasy stalemate, but Syria remains divided. The Assad regime has regained control of most territory, but the U.S.-backed Kurds control the northeast, Turkey controls much of the northern border region, and the northwest province of Idlib remains a contested space with a large concentration of Al Qaida. Internationally-sponsored negotiations to arrive at a political solution through both the United Nations Geneva process and the Russian-Iranian-Turkish Astana process have petered out.

A “no deal” resolution appears to be the most likely outcome of this complex conflict, per whispers in diplomatic circles. In other words, it is feasible that no formal agreement will take place to end Syria's war and start the peace. The status quo could freeze in place.

A no-deal outcome eliminates the prospect of most of Syria's 5.6 million refugees in neighboring countries ever returning to live in Syria—despite this month's limp conference in Damascus during which Bashar al-Assad encouraged refugees to come back. The forever wars are creating forever refugees.

The Middle East is becoming a region with permanent underclasses of displaced people, awaiting solutions that do not come and without the legal rights to start lives as citizens.

Without a formal peace agreement that commits to safety for returnees and creates a foundation for investment in Syria's demolished infrastructure, Syrians will not go home. Syrians abroad fear returning because of reports of returnees being arrested, imprisoned, and tortured. And it would be difficult to repopulate many areas without a concerted effort at rebuilding, which will not happen as long as international investors view the unresolved war as posing too much risk, especially if U.S. sanctions remain in place.

Over half of Syria's pre-war population of 23 million is displaced, with 6.2 million displaced internally, 5.5 million refugees elsewhere in the Middle East, and a million in Europe. Only 250,000 Syrians who fled the country have returned to Syria. The sheer numbers of Syrian refugees have changed the demographics of the Middle East. Up to a third of the people in Lebanon are Syrian refugees. Over four million of them reside in Turkey. And 10 to 20 percent of the population of Jordan is now Syrian…

Shelly Culbertson is a senior policy researcher at the nonprofit, nonpartisan RAND Corporation.

This commentary originally appeared on The National Interest on November 24, 2020. Commentary gives RAND researchers a platform to convey insights based on their professional expertise and often on their peer-reviewed research and analysis.