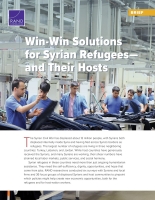 Win-Win Solutions for Syrian Refugees — and Their Hosts 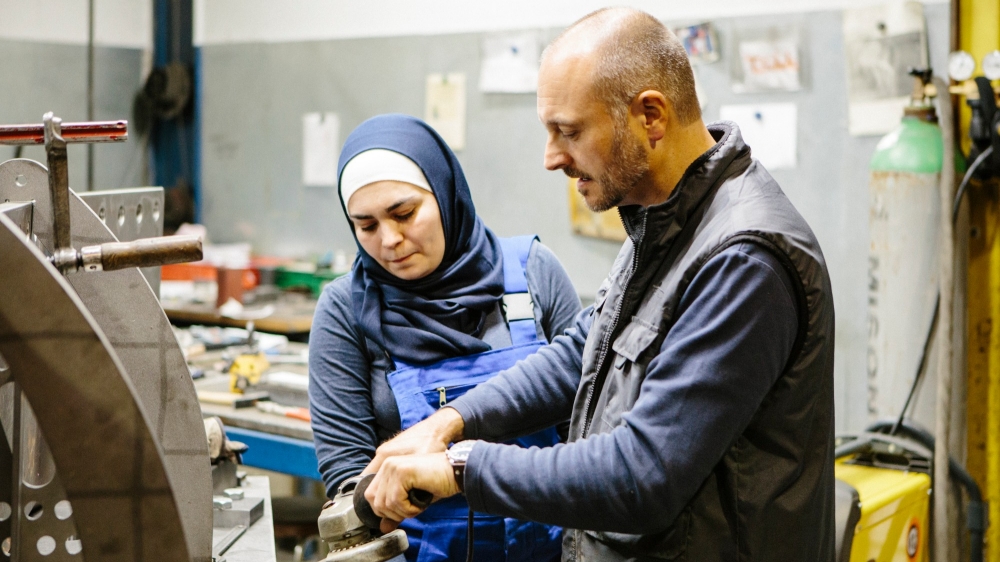 A technician explains how to use a grinder to a female trainee.

The Syrian Civil War has displaced about 12 million people, with Syrians both displaced internally inside Syria and having fled across Syria’s borders as refugees. The largest number of refugees are living in three neighboring countries: Turkey, Lebanon, and Jordan. While host countries have generously received the Syrians, and many Syrians are working, their sheer numbers have strained local labor markets, public services, and social harmony.

Syrian refugees in these countries need more than just ongoing humanitarian assistance. They need the self-sufficiency, dignity, opportunities, and hope that come from jobs. RAND researchers conducted six surveys with Syrians and local firms and 36 focus groups of displaced Syrians and host communities to pinpoint which policies might help create new economic opportunities, both for the refugees and for host-nation workers.

Syrian Refugees Have Been Working and Contributing ... but They Need Better Opportunities and Training

Turkey, Lebanon, and Jordan have all made considerable efforts and sacrifices to accommodate the Syrian refugees. Many Syrians are working and finding ways to get by, and large majorities report that they are treated fairly by employers and coworkers. However, unemployment among refugees is high. Most work in low-skill, low-wage, and informal jobs. Provisions to allow them to work legally are not functioning as planned. Many would-be workers do not live in cities where the jobs are. Failure to enforce minimum wage laws for Syrians puts pressure on host-nation workers.