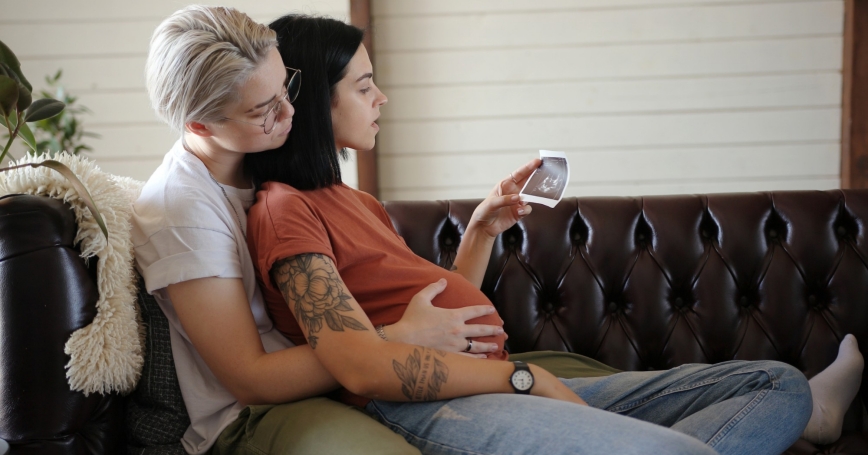 The first-ever EU strategy for lesbian, gay, bisexual, trans, nonbinary, intersex, and queer (LGBTIQ) equality, unveiled last month, sets out actions and initiatives to ensure the safety and equal rights of LGBTIQ people in the EU.

As part of this, the European Commission also pledges to recognise the rights of rainbow families for the first time.

These are families that are headed by people who identify as LGBTIQ and who may be of the same gender. Families with a trans parent, with two mothers, or two fathers, or a childless couple of the same gender might all fall under the “rainbow families” umbrella.

As a minority within society, rainbow families can face challenges because of ongoing discrimination against LGBTIQ people.

According to an EU-wide 2019 survey, 42 percent of LGBTI people had recently experienced discrimination.

Data also suggests that nearly half of EU member states do not legally recognise the existence of many types of rainbow families.

Nearly half of EU member states do not legally recognise the existence of many types of rainbow families.

RAND Europe research for the European Platform for Investing in Children (EPIC) explored the access that rainbow families with children (and other nontraditional families) have to maternity, parental, and paternity leave across the EU.

The EC has made efforts to standardise access to family leave across the EU through the Work Balance Directive in 2019.

At the national level, however, rainbow families' rights to family leave largely depend on whether they are legally recognised as families in the member state in which they live.

This inconsistent recognition across the EU underlies the study's finding of limited impact on the ability of rainbow families to enjoy well-compensated family leave. When rainbow families are not recognised by member states, this is usually because the country does not recognise or accept same-gender partnerships or marriages.

Just eight allow a same-gender coparent to be automatically registered as such from the child's birth.

But for the remaining 12 member states, same-gender parents cannot legally be recognised as such.

A gay male couple in Denmark would be able to get married and become parents of children together in a number of different ways: including by jointly adopting a child, by one partner adopting the children of the other partner, and by being automatically recognised as joint parents of children who were legally conceived through surrogacy or other medical interventions.

The varied legal landscape for rainbow family recognition can have very real effects (PDF) on families' and children's lives.

At present, when rainbow families move from one member state to another, they could lose their legal recognition as a family.

And rainbow families with parents from different member states also often struggle to have their relationship to their child recognised in both their home countries. As a result, rainbow families could lose their rights to parental leave and other types of family support when exercising their right to free movement as EU citizens.

While individual cases are increasingly challenged in court (most notably by the European Court of Justice's 2018 judgement on the Coman case, which ruled in favour of the plaintiff), there has not yet been a widespread attempt to tackle the issue.

Rainbow families could lose their rights to parental leave and other types of family support when exercising their right to free movement as EU citizens.

It is in this context that the commission has encouraged member states to build on best practice to develop action plans on LGBTIQ equality.

Through the strategy for LGBTIQ equality, the commission has also introduced a legislative initiative on the mutual recognition of the rights of rainbow families to a family life.

Depending on the response of the European Parliament and the European Council, these actions could lead to changes in the extent to which rainbow families are recognised across the EU member states.

Implementing initiatives to address the needs of rainbow families is therefore likely to lead to policymaking at a member state level. These decisions will need to be based on the best available information and evidence.

Our research found that while rainbow families were becoming increasingly visible in social discourse and legislation, there is little information available on their prevalence or experiences.

Further data collection and research is needed at an EU level to improve this evidence base. Gathering such evidence could help policymakers to develop policy that implements any future EC measures and helps to address the challenges experienced by rainbow families.

Natalie Picken is an analyst working in the area of home affairs and social policy at RAND Europe. She is involved in research for the European Platform for Investing in Children.

This commentary originally appeared on EU Observer on December 21, 2020. Commentary gives RAND researchers a platform to convey insights based on their professional expertise and often on their peer-reviewed research and analysis.