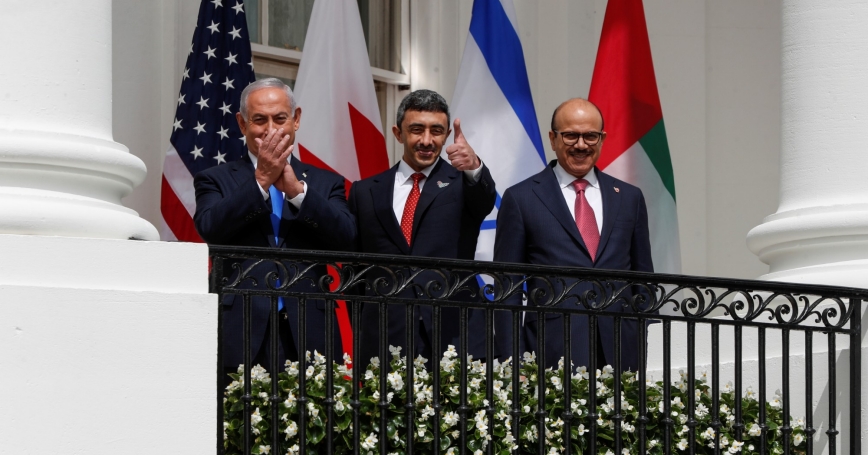 As the Arab Gulf states prepare to engage with a new U.S. administration, their recent reconciliation announcement offers an opportunity to advance their interests as well as mutual interests with the United States. The Gulf countries would benefit from coordinating defensive measures to protect against the Iranian ballistic missile threat. And Washington is in need of capable partners if it is ever to reduce its burden of operating as the region's security guarantor. However, the Gulf states' intent to end their feud will very likely not be sufficient to realize these benefits unless the agreement is deepened through confidence-building measures and expanded by reaching a parallel understanding with Turkey.

When the Gulf states announced reconciliation of their rift in early January 2021, it was welcomed by Western observers but also greeted with a dose of skepticism. After all, the dispute these countries agreed to settle was already in its second round, with the same states having previously relapsed after ostensibly reaching an agreement in 2014. And while the agreement was consummated with an embrace between the leader of Qatar and the Crown Prince of Saudi Arabia, none of the demands put forward by the Saudi-led bloc were met. The announcement seemed like a well-intentioned New Year's Resolution to do better, but with the results anything but assured.

This time around, the Gulf states might increase the chances of sustaining cooperation by implementing confidence-building measures before distrust gives way to another round of recriminations. There is urgency for the Arab Gulf states themselves, whose rift has held back their ability to provide for their collective defense and realize the benefits of greater economic integration. But there also seems to be cause for urgency for the United States, whose hope to decrease its own military presence in the region by burden sharing with partners is also held hostage to these states' ability to cooperate. In particular, both the Gulf countries and the United States might greatly benefit from progress on a long-stalled joint ballistic missile defense project, which holds the prospect of better deterring Iran through defensive measures rather than through punitive actions that have led to cycles of escalation.

The Gulf states should consider adopting the practice of confidence-building measures as opposed to the language of demands.

To break through what stalled previous reconciliation efforts, the Gulf states should consider adopting the practice of confidence-building measures as opposed to the language of demands. Their dispute has typically been couched as a series of conditions Qatar would need to meet to have diplomatic relations restored and the blockade lifted. Now that the Saudi-led bloc has tabled these demands, there is room for both sides to embrace more constructive initiatives designed to build trust. In doing so, the countries may well benefit from shows of good faith, as opposed to demanding compliance in addressing their respective concerns.

For Doha, a natural confidence-building measure would be to support its neighbors' efforts to normalize relations with Israel. Two members of the group Qatar just reached an agreement with, the UAE and Bahrain, were among the states that also recently normalized ties with Israel. Another party to the dispute—Egypt—was the first Arab state to take such a historic step. By using its considerable media capabilities to cover normalization as a positive development rather than a betrayal of Arab solidarity, Qatar could support its neighbors' efforts at bridging a traditional fault line in the region. The benefit would go beyond reinforcing Arab-Israeli peace: it could be a good faith sign by Doha that demonstrates how cooperation can lead to better outcomes.

On the flip side, members of the Saudi-led bloc have intervened in civil wars with the purpose of delivering a decisive blow to political Islamists. The UAE could show goodwill towards the Qataris—not to mention the societies where these conflicts are being waged—by adopting new rhetoric on inclusive politics that acknowledges a role for different political currents. There would be no need for Abu Dhabi to embrace Islamists but simply to acknowledge that all political currents that accept the rule of law merit a chance to participate in politics. This would be a powerful signal to Qatar that the UAE is no longer pursuing a scorched earth policy toward these groups.

Such confidence-building measures could advance Arab Gulf reconciliation implementation, but progress could still be undone if a second issue is not addressed. At present, Turkey is not party to the recent announcement made at the Al-ՙUla summit. This is understandable as Turkey's relations with the Saudi-led bloc were not severed as they were with Qatar, and Turkey is not a member of the Gulf Cooperation Council, which was the forum used to address this dispute.

The challenge, however, is that Turkey is a principal actor in the dispute, strongly backing Qatar and facing off against the Saudi-led bloc in its own parallel military interventions. Turkey welcomed the reconciliation agreement but absent a parallel understanding between Ankara and the Gulf capitals, it is possible Turkish actions will light that fuse that undoes this fragile agreement. Because Turkey and the Saudi-led bloc have different approaches to Libya, Syria, Somalia, the Eastern Mediterranean, and emerging arenas of competition farther afield in Africa, this will be the most challenging aspect of sustaining an agreement.

Winding down these conflicts is an admirable goal and the ultimate solution, but given how difficult that endeavor would be, it doesn't appear to make sense for that to hold up an understanding between Turkey and the Gulf states. The near-term imperative would seem to be for informal agreement on the rules of the road, in which Turkey on the one hand, and the UAE and Egypt on the other—the three states most militarily involved in these conflicts—reach an understanding on each state's core interests and mechanisms for securing them that keeps these states from drifting from proxy conflict to the risk of direct conflict.

These two steps—deepening reconciliation through confidence-building measures and broadening it through outreach to Turkey—would not be easy. But absent those steps, the Gulf countries' intent to reconcile would seem to risk unraveling.

Jeff Martini is a senior Middle East researcher at the nonprofit, nonpartisan RAND Corporation, where he specializes in political and security issues.

This commentary originally appeared on RealClearDefense on January 27, 2021. Commentary gives RAND researchers a platform to convey insights based on their professional expertise and often on their peer-reviewed research and analysis.