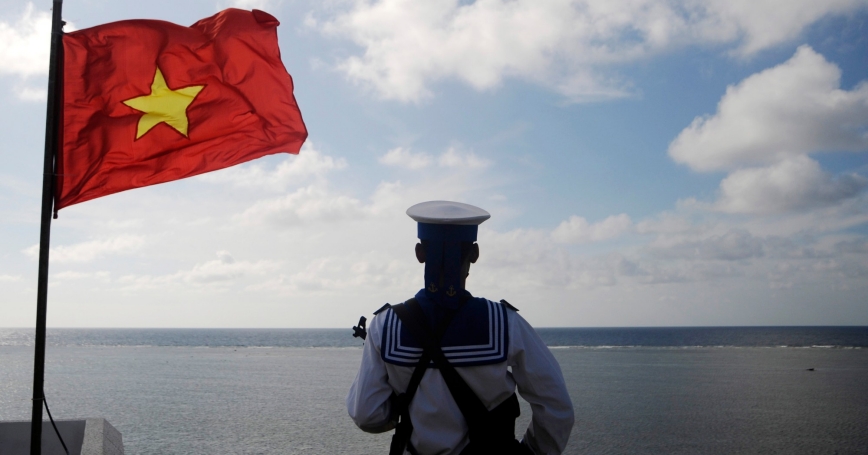 Now that the United States and Vietnam have chosen their new leaders, the two countries must consider next steps in bilateral relations. For the past four years, the Trump administration capitalized on momentum set forth by previous administrations to deepen Washington's “comprehensive partnership” with Hanoi, including in the always sensitive security domain. Growing Chinese assertiveness in recent years in the South China Sea, where Vietnam has overlapping sovereignty disputes with China, has only bolstered the U.S.-Vietnam partnership, making it one of the brightest spots in the Trump administration's foreign policy.

If the Biden administration were to simply stay the course, then bilateral momentum is virtually assured. Early signs are promising. For example, the Biden team has consistently underscored the need to strengthen U.S. alliances and partnerships, and that would include Vietnam. The administration has further taken a hard line on China, referring to it as a “strategic competitor” and criticizing its military pressure against Taiwan.

President Biden, however, has also pledged to convene a “Summit of Democracies” in 2021 to “renew the spirit and shared purpose of the nations of the Free World.” As a socialist authoritarian regime, Vietnam presumably would not be invited to such an event. But the event itself is not the problem, rather what it might signal about Biden's worldview: that the United States seeks less cooperation with authoritarian partners and more cooperation with democratic ones to counter them than has been the case in the past. As part of this effort, Biden created a new senior director at the National Security Council for democracy and human rights, once again signaling that a shift is imminent.

Hanoi will be watchful of any American criticism of its political system resulting from the newfound U.S. emphasis on preserving (and promoting?) democracy.

Vietnam is probably concerned that its poor human rights situation makes it a ripe target for louder U.S. criticism than was the case under the Trump or even Obama administrations. Hanoi is likely to pay particular attention to the rollout of the State Department's annual “Country Reports on Human Rights Practices” to see how the Biden administration characterizes Vietnam not just in the report, but more importantly in public remarks, if at all. During the Trump administration, separate press statements were not issued at the time of publication. Public criticism occasionally occurred, especially after the arrests of civil society organization activists or journalists, but this criticism was generally kept to a minimum.

Additionally, Hanoi will be watchful of any American criticism of its political system resulting from the newfound U.S. emphasis on preserving (and promoting?) democracy. In this regard, Hanoi is closely monitoring the White House's strong criticism of unfolding political events in Myanmar, and what it may portend for Vietnam. The cornerstone of U.S.-Vietnam relations that enabled the first-ever, and only, visit of a Vietnamese Communist Party chief to the White House in January 2015 is mutual respect for political systems. Any U.S. change in this position could embolden conservative hardliners in Vietnam who seek to avoid American interference in Vietnamese politics.

Finally, the Biden administration is poised to take a harder line against

Although there are valid reasons to question the trajectory of U.S.-Vietnam relations in the coming years, the overwhelming momentum is positive and is likely to stay that way.

Share on Twitter
Vietnam's longtime friend, Russia. In his first phone call with Russian President Vladimir Putin on January 26, President Biden pressed him on a range of U.S. concerns, including Moscow's alleged involvement in a massive cyber espionage operation as well as the arrest of opposition leader Alexei Navalny. Biden's tougher approach might also entail enhancing the enforcement of the Countering America's Adversaries Through Sanctions Act (CAATSA) on allies and partners. CAATSA allows the United States to place sanctions on countries that purchase Russian military equipment. Given that approximately 80 percent of Vietnamese military systems are Soviet or Russian-built, CAATSA could have a disproportionately high impact on Vietnam's security. To be sure, the Biden administration is yet to comment on CAATSA and whether it would be willing to grant certain countries, like Vietnam, a waiver. Without one in place, Washington might be compelled to sanction Hanoi in the future.

Although there are valid reasons to question the trajectory of U.S.-Vietnam relations in the coming years, the overwhelming momentum is positive and is likely to stay that way. Both countries respect each other and hold the mutual interest of complicating China's growing economic and military power. Any frictions that arise will probably be handled diplomatically to avoid greater damage to the relationship. But of course, nothing is guaranteed.

This commentary originally appeared on The Diplomat on February 1, 2021. Commentary gives RAND researchers a platform to convey insights based on their professional expertise and often on their peer-reviewed research and analysis.