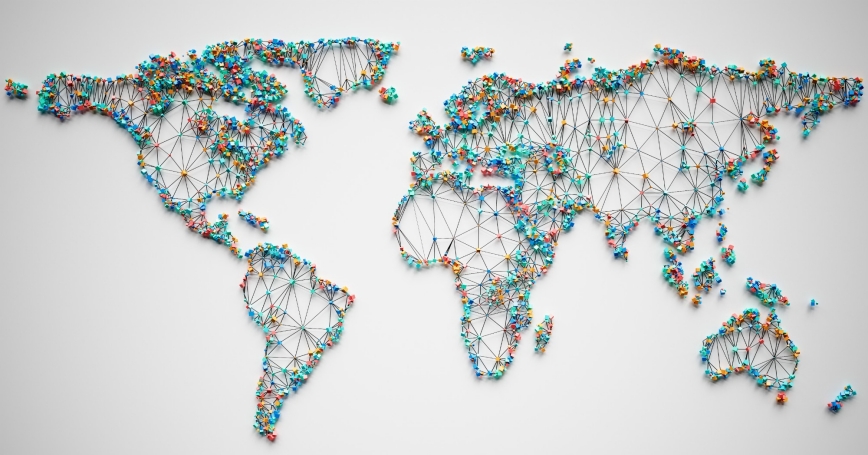 Support for a reformed rules-based order may be the cornerstone of U.S. foreign policy. But the word “reformed” is crucial in that statement. The U.S. approach to strengthening global order will have to change in ways that will sit uneasily with the expectations and habits of the world's leading power.

The benefits to the United States of the post-war, rules-based order are obvious and well documented. Centered on the first global governance institution (the United Nations), a deepening trade regime, and muscular economic organizations, the order incorporates thousands of subsidiary groups, standard-setting bodies, coalitions, business and professional associations, and nonstate actors into the most densely institutionalized system the world has seen.

The resulting mosaic of institutions, norms, rules, agreements, and processes is not built on naïve assumptions about peace and harmony. It has long been established that states can pursue hard-headed, selfish interests through cooperation. Coordination on trade and finance protects national economies; shared technological standard-setting improves efficiency; on some issues, like climate and counterterrorism, coordinated action is imperative.

The post-war order has also molded the shape of world politics. By gathering together a predominant set of status-quo–oriented, democratic, trading nations, the order has helped to lock in an alignment of world power that has been profoundly favorable to the United States.

A rules-based system highlights the importance of legitimacy in world politics, distinguishing between countries that follow the rules and those that flout them.

For similar reasons, a revalidated order could help address challenges from revisionist states. A rules-based system highlights the importance of legitimacy in world politics, distinguishing between countries that follow the rules and those that flout them. It sets the terms of a particular form of competition for influence, which rule-breakers will be hard-pressed to win.

The real question is not, therefore, whether to place a rules-based order at the core of U.S. foreign policy, but how to go about it.

Like the broader trend of neoliberal economics, the post-war order started to accelerate out of control. Global and regional institutions grabbed too much authority from democratically accountable national governments. Leading democracies became gratuitous with interventions to promote worthy goals. The United States, at times, wielded its leadership role too coarsely.

To help revalidate the existing rules-based order, the United States could return to many institutions it has recently scorned—from the Paris climate agreement to the Open Skies Treaty to the World Trade Organization Appellate Body. It could recommit itself to key alliances and partnerships. It could fashion new multilateral institutions and processes to tackle urgent shared challenges—most notably, cybersecurity and the danger of future pandemics.

The real question is not whether to place a rules-based order at the core of U.S. foreign policy, but how to go about it.

But such an agenda also highlights the need to mitigate the excesses of the current order. A new approach to trade and capital flows could return more authority to nations. Liberal interventions would only be pursued when true global consensus is achieved. Leading institutions of the order could offer a greater voice to more actors.

This course would require a complex, multi-pronged approach to solving problems. It would often call on Washington to step aside and let others lead—and live with the resulting deals, imperfect as they may be. It would demand a nuanced approach to undemocratic states who flout some values of the order but who are essential to multilateral action.

Such an agenda would pose the toughest test for U.S. foreign policy since 1945. But it would be grounded in a single, essential strategic insight: a deepening rules-based order dominantly influenced by a guiding coalition of value-sharing democracies represents the safest possible world for U.S. interests and values.

Michael Mazarr is a senior political scientist at the RAND Corporation..

This commentary originally appeared on Lowy Institute for International Policy on February 1, 2021. Commentary gives RAND researchers a platform to convey insights based on their professional expertise and often on their peer-reviewed research and analysis.