Biden's China Reset Is Already on the Ropes 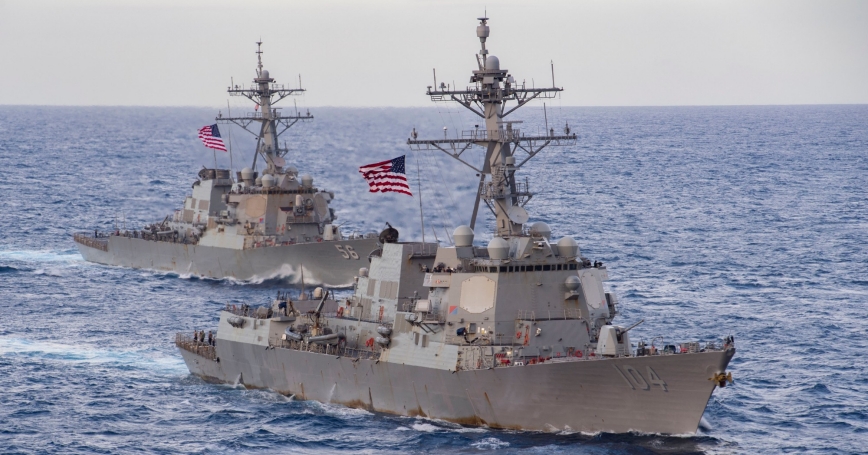 On Mar. 18, senior American and Chinese officials will meet in Anchorage, Alaska, to discuss the tense state of U.S.-China relations.

Bilateral relations spiraled precipitously during the Trump years. Many keen observers thought that the new Biden administration might reflexively adopt an anti-Trump stance, and urgently adopt cooperation with China on global challenges, such as climate change.

The prospects of a reset are rapidly fading, however, and both sides bear some measure of responsibility. On day one, the new Biden administration invited Taiwan's de facto ambassador, Hsiao Bi-khim, to participate in the inauguration ceremony. This was the first time China's rival received such an invitation since the United States switched its diplomatic recognition of Taiwan for China in 1979.

In an extreme overreaction, China flew dozens of warplanes, including eight bombers simultaneously, into Taiwan's air defense identification zone. Sensing that China was testing its red lines, the Biden team warned Beijing that its behavior "threatens regional peace and stability" and that Washington's commitment to Taiwan was "rock-solid." Nevertheless, Chinese air incursions continued, prompting the United States to send a guided-missile destroyer through the Taiwan Strait—the first of three warship transits thus far under Biden.

President Biden then called China "our most serious competitor" in his major foreign policy address on Feb. 4. He added that while the United States planned to "confront" China on a range of challenges, it was also "ready to work with Beijing when it is in America's interest to do so," hardly a ringing endorsement for a wholesale reset.

Biden followed up with an interview with CBS's Face the Nation aired on Feb. 7, stating that the United States "need not have a conflict but there is going to be extreme competition" with China. He visited the Pentagon on Feb. 10 and announced the start of an internal China policy review, suggesting a strong military flavor to his policy.

Going forward, the U.S. and China are more likely to only cooperate on narrow and limited challenges of mutual concern rather than pursue a wholesale reset of the relationship.

Later that evening, Biden held a two-hour-long phone call with China's President Xi Jinping, challenging him on human rights abuses in Xinjiang, as well as Hong Kong and other issues. His administration released its Interim National Security Strategic Guidance, which emphasized the need to compete with China. Cooperation received far less emphasis by comparison. Finally, on Mar. 12, Biden met virtually with Australian, Indian and Japanese leaders making up the Quad in the first-ever Quad leadership summit. The Quad covers many global issues, and opposing Chinese maritime coercion is a unifying theme.

This brief recent history should not be surprising. Intensifying disputes between the United States and China were always going to make a reset complicated. But the possibility was not necessarily doomed from the start.

Beijing has consistently maintained that it wants a reset with Washington. On Mar. 7, on the sidelines of China's National People's Congress, Foreign Minister Wang Yi expressed the hope that by restarting cooperation on climate change, China and the United States could also "bring a positive change of climate to bilateral ties."

Biden clearly attaches great importance to combating climate change, and he will need China's help. But Chinese hopes of leveraging assistance on reducing carbon emissions for American concessions in other areas were quickly dashed, with Biden's climate envoy John Kerry saying that U.S. interests "will never be traded for anything that has to do with climate."

Beijing has nevertheless persisted. After Wang urged the two powers to rebuild mutual trust in the next phase of Sino-U.S. relations as early as December, Beijing in January floated a detailed road map for restoring bilateral relations in state-run media. "China is, as always, open to dialogue. We stand ready to have candid communication with the U.S. side, and engage in dialogues aimed at solving problems," Wang said last month.

Yet nothing seems to stick, primarily because Beijing has refused to change its own assertive behavior. And alarmingly for Beijing, all signs thus far point to a Biden administration that plans to take an exceptionally hard line against China. For example, the United States is championing democracy over authoritarianism. Biden stated that during his first year in office, he plans to hold a summit of democracies to "renew the spirit and shared purpose of the nations of the free world."

China has also become the pacing threat for the Pentagon, and every office within Biden's National Security Council, whether technology, health, or climate, is paying close attention to the national security implications of China's rise. Competition will clearly be the dominant theme.

It is difficult to see how a U.S.-China reset could still happen. On Taiwan, neither side appears willing to back down. China continues to ramp up diplomatic, economic and military pressure on the island, while the United States continues to strengthen its own Taiwan ties. Beyond that, Washington and Beijing have so many deep and abiding disagreements that the odds of a game-changing deal emerging seem next to zero.

Going forward, the United States and China are more likely to only cooperate on very narrow and limited challenges of mutual concern rather than ambitiously pursue a wholesale reset of the relationship. Perhaps sensing this, the Biden administration's Interim National Security Strategic Guidance notes that "we welcome the Chinese government's cooperation on issues such as climate change, global health security, arms control, and nonproliferation where our national fates are intertwined."

Hopefully, these areas are not too ambitious. Either way, a wholesale reset of the relationship seems unthinkable at this point.

This commentary originally appeared on Nikkei Asia on March 14, 2021. Commentary gives RAND researchers a platform to convey insights based on their professional expertise and often on their peer-reviewed research and analysis.