Reevaluating U.S. Partnerships in the Middle East Under the Biden Administration

(Democracy for the Arab World Now) 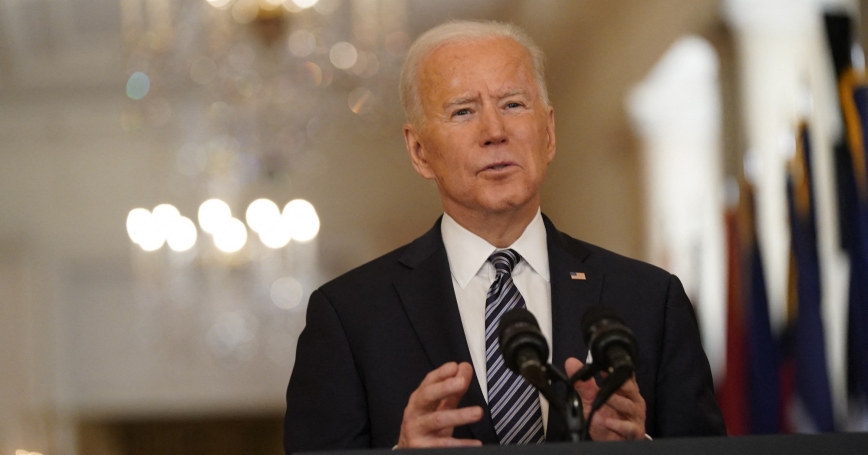 U.S. President Joe Biden delivers a nationally televised address to the nation in the East Room of the White House in Washington, D.C., March 11, 2021

As was the case with the previous administration, the Middle East will likely be relegated in importance, trailing Asia and Europe. Yet, the administration's interim guidance emphasizes its intent to “reinvigorate and modernize [U.S] alliances and partnerships around the world.”

U.S. partnerships in the Middle East are in particular need of modernization, and the Biden administration could seize the opportunity to reevaluate its relations with traditional partners. A good start could be to elevate regional stability as the United States' primary interest in the Middle East and to pursue this aim with tools that extend beyond military cooperation.

As analyzed in a recent RAND Corporation report, the United States has historically partnered with actors in the Middle East to develop one bloc of states against another to counter the threat du jour. For example, in the 1970s, the Nixon administration favored working through Iran and Saudi Arabia as the “twin pillars” of U.S. regional strategy and bulwarks against Soviet influence in the Middle East.

U.S. partnerships in the Middle East are in particular need of modernization.

Additionally, Washington also cultivated a special relationship with Israel, which served to counter pro-Soviet and Arab nationalist actors, such as Egypt and Syria. Although the strategic environment evolved, the U.S. approach remained constant: building one bloc of countries to counter and isolate another, be it Saddam Hussein's Iraq or post-1979 Iran.

Today, U.S. regional partnerships established during the Cold War suffer from this legacy thinking. As an example, the United States continues to underwrite the peace between the “frontline states” in the Arab-Israeli conflict despite the fact that there is no residual threat from the states. Both Egypt and Jordan normalized relations with Israel decades ago and no longer risk another Arab-Israeli war.

Israel, Egypt, and Jordan make up the “Big 3” recipients of bilateral U.S. assistance in the region and account for 81 percent of global U.S. foreign military financing. The problem is no less acute in the Gulf, where the same focus exists on arming Saudi Arabia and the UAE via foreign military sales. Those two countries account for just over 50 percent of all U.S. arms transfers to the Middle East. Although these states are valued U.S. partners, it could be time for Washington to update its rationale for these investments.

The United States' partnerships in the Middle East have paid some dividends. When Saddam's Iraq invaded Kuwait in 1990, nine Middle Eastern or North African states joined the U.S.-led coalition to expel Iraqi forces from Kuwait. More recently, strong relationships with regional states have also facilitated access, basing, and overflight for U.S. forces waging operations against the so-called Islamic State in Iraq and Syria.

However, U.S. partnerships in the Middle East have also incurred costs. First and foremost, the United States accepts reputational risks when it partners with regimes engaged in human rights abuses.

The United States accepts reputational risks when it partners with regimes engaged in human rights abuses.

The starkest example is arguably the long-standing U.S.-Saudi relationship, which has been thrown in the spotlight since the latter launched its 2015 military intervention in Yemen, to which the United States initially provided military and intelligence support. The Saudis' conduct of that campaign has been widely criticized for civilian casualties from airstrikes and for contributing to one of the world's worst humanitarian crises. Scrutiny and condemnation of the U.S.-Saudi relationship intensified in 2018 following the murder of Saudi dissident and U.S. resident Jamal Khashoggi.

Furthermore, some U.S. partnerships risk entrapment in regional conflicts, particularly with Iran. Israeli strikes against Iran-linked targets in Syria and Iraq, for instance, have raised concerns that these actions might escalate into a wider regional conflagration, forcing the United States to intervene on its partners' behalf.

Moreover, U.S. partners' involvement in proxy conflicts has jeopardized major U.S. strategic interests. Notably, support from the United Arab Emirates, Saudi Arabia, Egypt, and Jordan for Libyan strongman Khalifa Hifter's ill-fated attempt to conquer Tripoli created space for Russia to expand its military presence on NATO's southern flank. Moreover, the U.S. Office of the Inspector General reported (PDF) that the Emiratis may be financing Russian mercenary presence in Libya, which entails the deployment of fighter jets and air defense systems across multiple bases in the country.

Finally, the United States' historical approach to regional partnerships has also encouraged free riding on U.S. security guarantees. Indeed, multiple U.S. partners have underinvested in their defense capabilities, assuming that Washington will shoulder the costs of ensuring their security and deterring regional threats.

Even countries like Saudi Arabia—which has procured an average of $9.3 billion worth of U.S. military equipment over the past five years—and Egypt—which receives approximately $1.3 billion in annual foreign military financing—are relatively ill-equipped to address their most pressing security concerns and highlight limited return on U.S. investment.

And so, the Biden administration's interim strategic guidance affirming that it will no longer give U.S. partners in the region a “blank check to pursue policies at odds with American interests and values,” is good news. Yet, initial steps in that direction, while laudatory, are only a start.

The administration could reevaluate its legacy partnerships and better tailor investment in the region to achieve long-term strategic benefits.

The administration could reevaluate its legacy partnerships and better tailor investment in the region to achieve long-term strategic benefits. In the above-mentioned RAND report, the authors recommend tailoring U.S. assistance to partners' most pressing needs—promoting economic development, good governance, and stability, while de-emphasizing procurement of high-end military hardware. Additionally, the authors recommend recalibrating U.S. efforts to emphasize partnerships with stabilizing regional influences—such as Kuwait or Oman—and consider establishing a center for regional diplomacy through which the United States and regional partners can pursue conflict resolution.

As the Biden administration reevaluates U.S. strategic partnerships in the Middle East, traditional U.S. partners may accuse Washington of abandonment. They may react by threatening to act unilaterally or by pivoting to U.S. strategic rivals.

Some of that will almost certainly be bluster, but some threats may be genuine. In those moments when U.S. policymakers are faced with the choice of straining a relationship or continuing business as usual, it is worth a reminder that partnerships are not the end—they are a means to achieving the partners' mutual interests. Only when those relationships are meeting these criteria should the United States invest in them.

Nathan Vest is a research assistant at the nonprofit, nonpartisan RAND Corporation.

This commentary originally appeared on Democracy for the Arab World Now on March 16, 2021. Commentary gives RAND researchers a platform to convey insights based on their professional expertise and often on their peer-reviewed research and analysis.