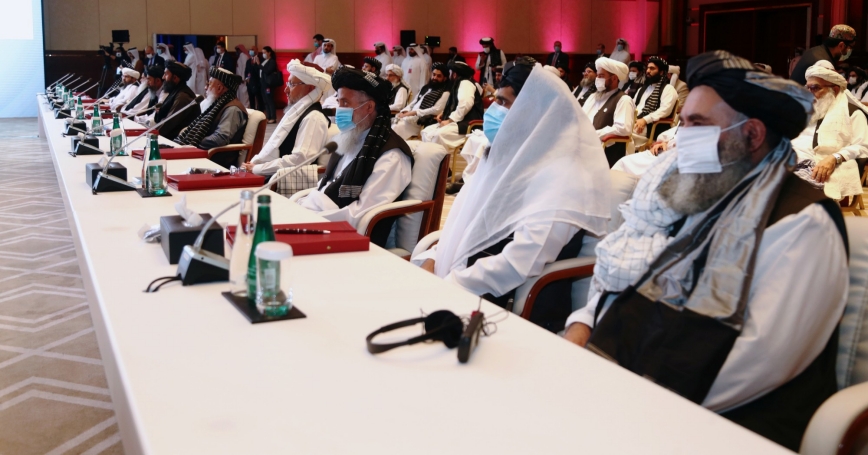 The Biden administration, faced with plodding Afghan peace talks and a fast approaching May 1 deadline for the complete withdrawal of American and NATO forces, has thrown a Hail Mary pass. Like most such passes, this one seems unlikely to be completed. Yet even while falling short, this exhibition of American impatience might still serve to spur forward movement in the Afghan talks.

Secretary of State Antony Blinken, in a letter to Afghan president Ashraf Ghani, proposed shifting the principal venue for the Afghan talks from Qatar to Turkey and prioritizing efforts there to form an interim government bringing in the Taliban as an equal partner. American officials have circulated a suggested framework for such a government and have also asked the U.N. to convene a meeting of Afghanistan's principal neighbors, Pakistan, Iran, and China, along with Russia, India, and the United States, in the hopes of adding regional weight to this effort.

These American proposals reflect expert opinion that American and regional pressures will be necessary to move these negotiations forward. They also reflect the Biden administration's realization that its upcoming decision on whether to withdraw by May 1, per the Trump administration's promise, offers a unique point of leverage with the two Afghan parties—leverage which will dissipate once the choice is announced.

Both Afghan sides have hitherto resisted third party involvement in their negotiations. Nor has either side shown a desire to move quickly toward formation of an interim government. The United States may also encounter some hesitation from the regional players to get involved at this stage. These states include, after all, three of the four principal American adversaries as identified in the Biden administration's own newly issued interim national security strategy (PDF). These countries do share an interest in ending the Afghan conflict and seeing an orderly withdrawal of American forces, but they may not be inclined to leap to America's assistance, especially on such short notice.

The case for moving quickly into an interim government rests on the doubtful assumption that the warring Afghan parties will be better able to resolve their differences once inside such an arrangement.

The case for moving quickly into an interim government rests on the doubtful assumption that the warring Afghan parties will be better able to resolve their differences once inside such an arrangement. Among the challenges facing such a government would be bridging the gulf between modernity and fundamentalism, between governance based on popular sovereignty and on divine inspiration, and most of all, forging two warring armies into a unified national security establishment.

This American effort to quick march the two Afghan parties into a coalition government seems unlikely to produce results fast enough to facilitate a withdrawal of remaining American and NATO forces by May 1. The initiative could prove beneficial, nevertheless, if it impels the two Afghan sides to at least begin engaging on the principles upon which any such expanded government should operate.

In addition to the points offered in the U.S. paper, such conversations could usefully seek more specificity regarding modifications to the current constitutional order, arrangements to monitor and enforce a permanent cease fire, procedures to amalgamate the two opposing armies and provisions to reintegrate former fighters back into civilian life.

James Dobbins, a senior fellow with the nonprofit, nonpartisan RAND Corporation, was the lead American negotiator at the 2001 Bonn Conference on Afghanistan and special representative for Afghanistan and Pakistan in 2013–14.

This commentary originally appeared on The Hill on March 15, 2021. Commentary gives RAND researchers a platform to convey insights based on their professional expertise and often on their peer-reviewed research and analysis.