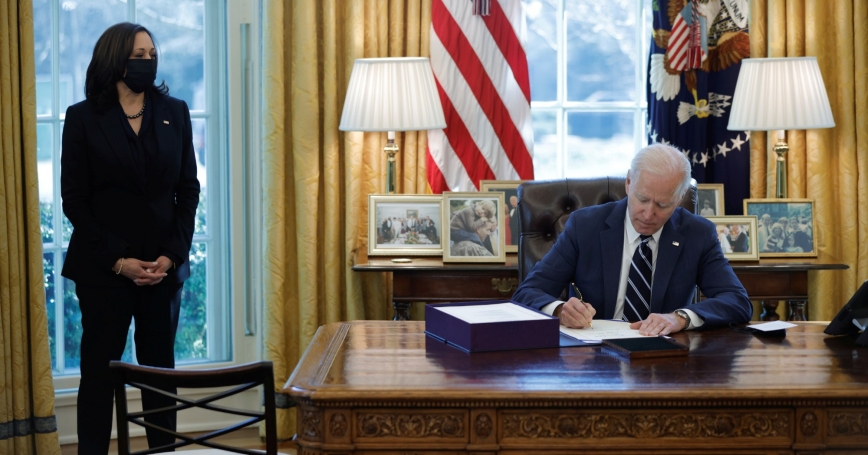 The benefits of such policies aimed at children, especially the youngest ones, are important to families today, but their impact could also be compounded over the hundred years these children are expected to live.

The “period life expectancy” at birth—which assumes currently observed mortality rates will persist into the future—stands at 76 for men and 81 for women, an average close to 79 years. COVID-19 has been a setback, likely temporary, with average life expectancy dropping by a year, and as much as three years for Black males.

But over the long haul, decreasing mortality rates and increasing lifespans have accompanied widespread socioeconomic development. Cohort life expectancy, which accounts for falling mortality rates, of a child born today is likely to grow to 100 or more (PDF).

The lengthening of lives will be less meaningful to those experiencing it and could even be more burdensome to the nation if those lives are not healthy, fulfilling, and financially secure. Maladies such as increased cognitive decline and the prevalence of disabilities and chronic diseases such as diabetes, cardiovascular diseases, and cancer, which did not have a chance to surface with shorter lifespans, have become the flip side of longer lives.

“Soft skills,” such as motivation and persistence are instilled (PDF) at a young age, and are associated with better educational outcomes (PDF). This, in turn, is associated with better health because it lowers the likelihood of substance abuse and other risk-taking behaviors such as crime, and encourages a healthier lifestyle.

Given the power of compounding, saving early becomes a key advantage for a long and happy life. Therefore, financial health, especially during the retirement years, is also important. Related to soft skills, the social environment in which a child grows up plays a key role in developing the delayed gratification needed for good savings behavior. Longer disease-free lives also allow for longer work lives, further improving financial health.

But the critical early years for U.S. children are far from secure. In 2018, one in six lived in poverty (PDF) and in food-insecure households. Black and Hispanic households had food-insecure children at twice the rate of white households, making the expected reduction in poverty among them due to the Biden plan particularly welcome news.

Poverty negatively affects academic achievement as early as kindergarten. This is especially damaging because education appears to reduce the transmission of disadvantage across generations, and could be a more important determinant of longevity than race.

Given the importance of an early foundation in education and health, programs and policies that focus on early years acquire particular importance. At 0.5 percent of GDP, U.S. public expenditure on early childhood education and care is considerably less (PDF) than in other wealthy countries. Therefore, investments that go beyond the temporary expanded tax credit in President Joe Biden's plan may be warranted.

Research on early childhood programs shows that a dollar spent typically returns $2 to $4.

And the economic return on such spending is large. Research on early childhood programs shows that a dollar spent typically returns $2 to $4. These returns will only compound when the initial costs can be spread over a century of American children's lives.

There is no shortage of potential programs to which further early childhood investments could be directed. Long-term impact of early health and nourishment speaks to the need for programs such as Supplemental Nutrition Assistance Program and child nutrition programs. School-based interventions can also help children cope with trauma and ensure good emotional health into the future. Initiatives aimed at parents and families, such as home visitation and counseling on health and behavior of children can also help.

Discussions are happening regarding potential options that might build upon the provisions in the American Rescue Plan. For example, a plan to make monthly payments to families with children permanent could merit careful consideration. A lot might be riding on equitable access to nutrition, education, and health care for the child born today who will live to be 100, in increasing that child's odds for a disease-free and fulfilling long life. Improving the nation's human capital could provide a more solid social and economic foundation for the future.

Krishna B. Kumar is the director of international research at the nonprofit, nonpartisan RAND Corporation and director of the Pardee Initiative for Global Human Progress at the Pardee RAND Graduate School. Andrew Hoehn is senior vice president of research and analysis at RAND. Bonnie Hagemann is the CEO of EDA, a consulting firm with C-Suite capabilities in executive development and research.