Biden's Proposed New Health Agency Would Emphasize Innovation. Here's How It Might Work 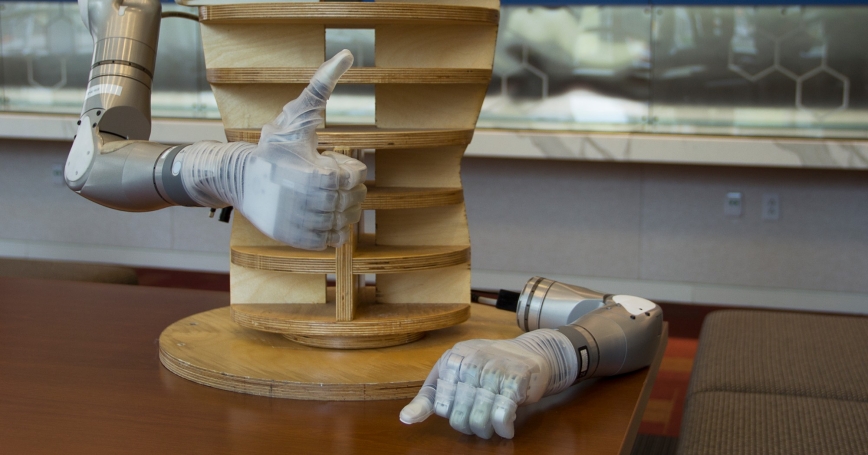 When President Biden recently presented Congress, and Americans, with his vision for an Advanced Research Projects Agency for Health (ARPA-H), the acronym may have sounded familiar. It should have.

The new health agency would be modeled on the Defense Advanced Research Projects Agency, known as DARPA, a Department of Defense research and development agency. DARPA is responsible for such life-altering technological advancements as the computer mouse and “packet-switching”—the foundation for today's internet (and conceived in partnership with the RAND Corporation, where we work).

The purpose of ARPA-H would be to pursue groundbreaking research to develop cures for diseases such as Alzheimer's, cancer and diabetes. The potential benefits are enormous—life extension, economic prosperity, national security—but so are the potential challenges to its success.

The federal government's role in scientific advancement is not new or unusual. The National Science Foundation and National Institutes of Health have been funding research for decades. But the emphasis on transformative innovations is new.

The Obama administration was unable to establish ARPA-ED, which would have designed cutting-edge technology for education. Obama was asking for $90 million in 2012 to establish it, but the proposal was cut during congressional budget negotiations. Biden is now asking for $6.5 billion to launch his health agency, a relatively modest figure when compared with NIH's annual budget of about $41.7 billion.

If successfully funded, ARPA-H and ARPA-E, a new $300-million-per-year research agency focusing on energy, will be the first federal advanced research agencies created since 1958.

With so many potential research avenues to pursue, ARPA-H could benefit from a clear strategic vision and method for identifying projects that hold the most promise for achieving that vision.

It is unclear how long it will take to establish ARPA-H, how it will be structured and to which government authority it will answer. DARPA was formed within a year of the Soviet Union launching Sputnik in 1957, and it was placed within the Defense Department. The parallel move would be to situate ARPA-H within the Department of Health and Human Services. While it might be tempting to place ARPA-H within the NIH, there is some concern that it would be hard to distinguish the purpose of ARPA-H from other high-risk, high-reward initiatives that encourage innovation.

With so many potential research avenues to pursue, ARPA-H could benefit from a clear strategic vision and method for identifying projects that hold the most promise for achieving that vision. Its portfolio of research activities could be developed through a process similar to that used by DARPA, which depends on approximately 100 program managers (PDF) to develop proposals and to select highly innovative projects for funding.

That would be far more expeditious than the process at NIH, which relies on the broader scientific community to rigorously peer-review proposals over the course of several months. Moreover, NIH proposals require substantial background research, clearly specified hypotheses, and preliminary data—all things that could stifle innovation at ARPA-H.

Some of the policies that encourage innovation at DARPA may be difficult for ARPA-H to emulate. For instance, DARPA limits tenure for researchers to a maximum of four to five years, to impress a sense of urgency upon them. ARPA-H may need to follow a timeline akin to what's typical in biomedical research, where taking a decade to reach a major breakthrough is common. Any tenure limitations should take this into account.

ARPA-H could take a different approach than NIH by accepting a much higher tolerance for failure, so that researchers are not discouraged from dreaming big.

DARPA also maintains an extremely high tolerance for failure. The modest budgets of the NIH, combined with an enormous pool of applicants, force these institutions to bet on low-risk research that guarantees incremental progress. ARPA-H could take a different approach than NIH by accepting a much higher tolerance for failure, so that researchers are not discouraged from dreaming big.

The scientific methods behind the products of ARPA-H might gain public trust if the agency made a point of being transparent and accessible. Consider how the rapid development of the COVID-19 vaccine was met with incredulity and suspicion, slowing progress toward herd immunity. An investment in ARPA-H could accelerate the time it takes to get innovative ideas from “bench to bedside,” but it could benefit from informing the public about incremental advancements in a way that is easy to understand.

The president's vision for ARPA-H could help get more medical treatments to market sooner. Building on lessons from DARPA and NIH, the proposed health agency has the potential to pursue the kind of high-risk research that can lead to high-reward results.

Luke Muggy is an operations researcher, Catherine Cohen is a nurse and health services policy researcher, and Kristie Gore is a senior behavioral scientist at the nonprofit, nonpartisan RAND Corporation.

This commentary originally appeared on Los Angeles Times on May 24, 2021. Commentary gives RAND researchers a platform to convey insights based on their professional expertise and often on their peer-reviewed research and analysis.