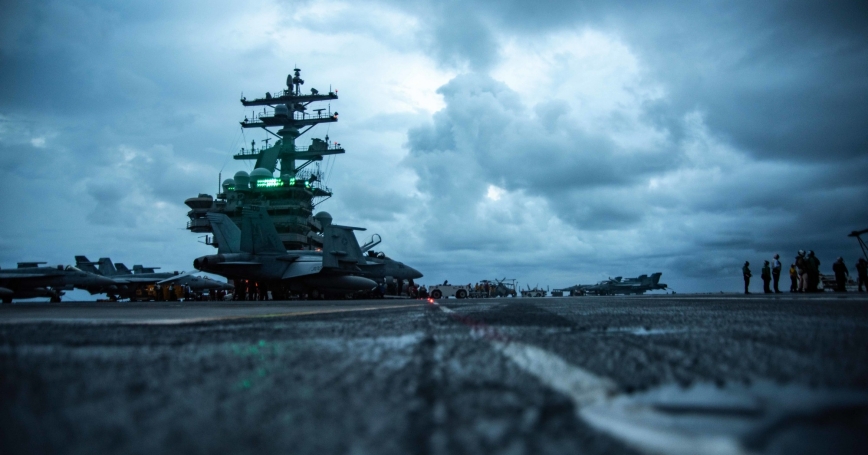 If the United States is to have a reasonable hope of winning a war, it needs to think very seriously about what it would be like to lose. For several years, analysts have been sounding the alarm that the United States and its allies might not prevail in a high-level conflict with a near-peer adversary. While Russia and China fall short of the United States in overall military power, they enjoy local overmatch in key theaters that might allow them to defeat U.S. forces. In 2019, analyst David Ochmanek of the RAND Corporation remarked that “In our games, when we fight Russia and China, blue gets its ass handed to it.” In November 2018, the National Defense Strategy Commission found (PDF) that “If the United States had to fight Russia in a Baltic contingency or China in a war over Taiwan…Americans could face a decisive military defeat…Put bluntly, the U.S. military could lose the next state-versus-state war it fights.” These findings suggest that, in a pitched battle with a near-peer adversary such as China, American forces may be defeated even if its commanders don't make any mistakes. Unfortunately, there exists a longstanding taboo in American strategic culture against the contemplation of defeat. To the extent that the possibility U.S. forces might lose on the battlefield is acknowledged at all, prescriptions for dealing with it fail to account for all the ways in which this defeat might transpire. If defeat is to be prevented, U.S. strategy and planning may need to think about all the different forms defeat might take so as to be ready for alternative kinds of conflicts and concepts of operations.

Thinking about defeat is not merely taboo in U.S. strategic culture. It is illegal in some cases. In August 1958, Sen. Richard Russell expressed outrage that he had heard on the radio “that some person or persons holding office in the Department of Defense have entered into contracts with various institutions to conduct studies to determine when and how, and in what circumstances, the United States would surrender to its enemies in the event of war.” Russell proposed an amendment to the supplemental appropriations bill then under consideration that “no part of the funds appropriated in this or any other act shall be used to pay” for studies of this kind. While the Eisenhower administration (which protested that Russell misrepresented the studies he was condemning) and some senators pushed back against the amendment, it ultimately passed with 88 votes for and only two against.…

Edward Geist is a policy researcher at the nonprofit, nonpartisan RAND Corporation. Geist received a Smith Richardson Strategy and Policy Fellowship to write a book on artificial intelligence and nuclear warfare.

This commentary originally appeared on War on the Rocks on June 17, 2021. Commentary gives RAND researchers a platform to convey insights based on their professional expertise and often on their peer-reviewed research and analysis.