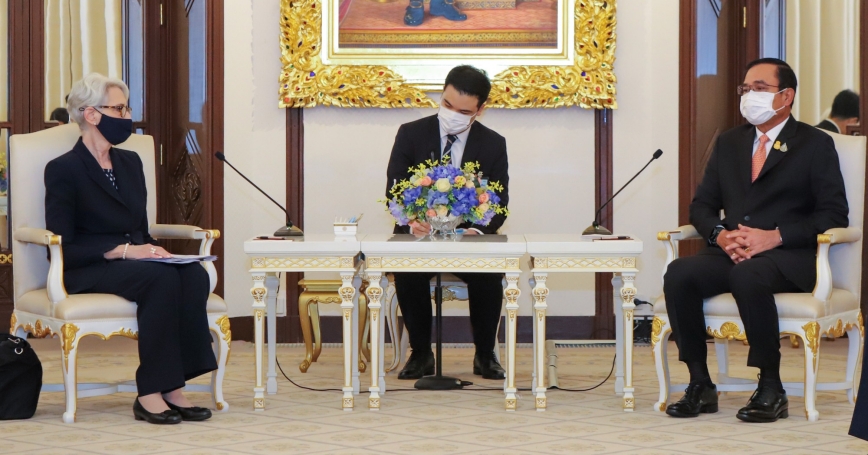 Nearly six months into Joe Biden's presidency, it is now possible to begin assessing the effectiveness of some of his administration's policies. When it comes to Southeast Asia, the Biden administration has thus far fallen short, but the future looks relatively bright with certain caveats.

From a broad perspective, Biden has time and again emphasized the importance of focusing on the Indo-Pacific and countering China's influence throughout the region and the world. Biden's answer to extreme competition with Beijing is to bolster U.S. alliances and partnerships to make it harder for China to challenge the international rules-based order.

As I have discussed previously in the column “Biden should consider downsides of stressing national values in Indo-Pacific” published in Nikkei Asia on May 2, in its interactions with allies and partners, the Biden administration has prioritized shared values, such as democracy, freedom, and human rights, over shared interests. This has become somewhat of a problem in Southeast Asia. Countries that might otherwise support American interests, such as Vietnam in the South China Sea, do not want to hear U.S. criticisms of their human rights and governance records as part of the package.

Countries that might otherwise support American interests do not want to hear U.S. criticisms of their human rights and governance records as part of the package.

It is further noteworthy that neither the Philippines nor Thailand, both U.S. allies, were mentioned in the allies section of the Biden administration's Interim National Security Strategic Guidance (PDF), published in March. This omission appears to have been an expression of concern at Manila's increasing turn toward illiberal democracy under President Rodrigo Duterte, and the Thai military coup in 2014 that has all but permanently extinguished civil liberties and the democratic process there.

Myanmar is another example of the administration's emphasis on shared values, where, since the February 1 military coup, the Biden team has pushed the Association of Southeast Asian Nations to pressure the country to restore its duly elected civilian leaders.

But ASEAN's five-point consensus, released in April, fell short of calling for this. And last month, four of the bloc's 10 members abstained from a United Nations vote on the need to respect last November's Myanmar election—hardly a ringing endorsement for U.S. objectives.

A second major problem for the Biden administration is shaking off the perception in Southeast Asia that Washington continues to take the region for granted and is preoccupied with other priorities. Secretary Blinken's missed phone call in May with ASEAN foreign ministers and Secretary of Defense Lloyd Austin's inability to travel to Singapore last month for the annual Shangri-La Dialogue are recent manifestations of the challenge. Biden himself is yet to speak directly with any Southeast Asian leader.

To be sure, the administration has much going on, including pandemic relief, economic recovery, and infrastructure legislation. But Southeast Asia is at the heart of Washington's Indo-Pacific policy, and not to engage regularly and at a high level is seen by many in the region as a slight.

Finally, with China being the largest trading partner for most Southeast Asian countries, Biden's trade policy will be crucial. Under the Trump administration, the United States withdrew from the Trans-Pacific Partnership, which included several Southeast Asian nations, and since then, ASEAN initiated the Regional Comprehensive Economic Partnership with China and other external partners. And yet, there has been little talk of enhanced U.S. trade with the region.

Going forward, if the Biden administration seeks a common cause in Southeast Asia on China's growing threat, then a de-emphasis on shared values and the prioritization of shared interests will probably resonate more effectively across the region.

A de-emphasis on shared values and the prioritization of shared interests will probably resonate more effectively across the region.

The good news is that the Biden administration has plenty of time to improve America's standing with its Southeast Asian partners. Biden, for example, may attend both the ASEAN Regional Forum and East Asia Summit in Brunei later this year. Doing so would be an easy win because it would stand in stark contrast to recent years in which the United States only sent lower-level officials to these essential multilateral leadership forums.

The Biden administration also clearly recognizes the importance of Southeast Asia, consistently referring to ASEAN centrality—the region's own language—as part of its emerging Indo-Pacific strategy, not only to contend with China, but to address a host of other challenges, such as Myanmar, as well.

As more senior administration officials are confirmed by the Senate, Washington will have additional bandwidth for the region. Notably, Biden is beginning to select ambassadors to Southeast Asia, and his nominees for Assistant Secretary of State and Defense for Asia—both crucial positions to fill in order to facilitate better policy formulation and implementation—are currently working their way through the confirmation process.

Overall, the Biden administration holds much promise for Southeast Asia, but some fundamental issues are yet to be fully ironed out. How these decisions are made and carried out will significantly impact the future of America's position in the region.

This commentary originally appeared on Nikkei Asia on July 6, 2021. Commentary gives RAND researchers a platform to convey insights based on their professional expertise and often on their peer-reviewed research and analysis.