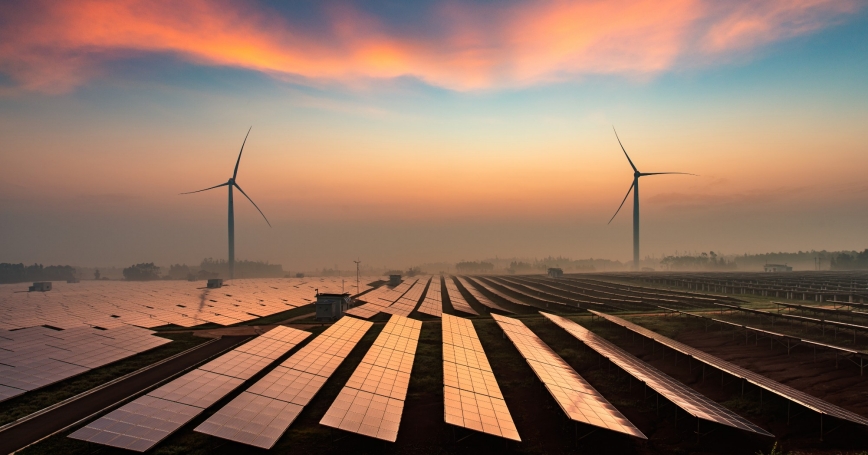 The past two years have witnessed increasingly vocal calls for rapid decarbonization of the global economy through a clean energy transition. A growing list of multibillion-dollar climate disasters in the United States and overseas have underscored vulnerability to the climate and the potential risk of leaving climate change unchecked.

Congress is considering the United States' path forward toward decarbonization. The bipartisan infrastructure package recently passed by the Senate includes billions of dollars worth of investments in renewable energy. Another potential avenue to address carbon emissions is a bill on a reconciliation track through Congress and aimed at implementing much of President Joe Biden's domestic policy agenda.

Properly incentivizing the clean energy transition in the United States may require a comprehensive variety of energy incentives to account for differences in energy markets among states. Many Democrats would like the reconciliation bill to include a version of a Clean Electricity Standard, which is a policy that sets a target for utilities to provide a certain amount of clean electricity.

However, traditional CESes, which have only ever been passed at a state level, are typically implemented as regulatory policies, a strategy that is not allowed in the budget reconciliation process. How Congress chooses to design a CES that will satisfy reconciliation rules has several implications for how the CES would achieve low-carbon outcomes.

Properly incentivizing the clean energy transition in the United States may require a comprehensive variety of energy incentives.

One factor to consider is the source of funding for utilities to move to clean electricity, including costs associated with power generation and distribution. Under a traditional CES approach, the transition to clean power generation would be funded by additional charges in utility bills, while a proposal under consideration for inclusion in the reconciliation bill would pay utilities to expand clean electricity and tax them for not meeting a certain threshold.

The first approach is a regressive system, because lower-income households pay a larger share of their income for electric utility bills than their wealthier counterparts. The second approach is a progressive system, because higher earners and corporations theoretically pay more taxes than lower earners. Establishing policy mechanisms to close corporate and individual taxation loopholes could increase the power of this difference in funding sources by more equitably collecting tax revenues to fund a CES enacted through reconciliation.

A federal CES could increase the number of distributed, renewable power plants that often require advanced distribution networks, which largely have yet to be built. Given that a CES promotes the replacement of fossil fuel plants with renewable power, utilities may raise distribution rates to cover the costs of construction of the advanced distribution systems needed to move that power around. These costs may not be explicitly captured in a traditional CES or one enacted through reconciliation.

Additionally, analysis suggests (PDF) that the federal CES incentives may decrease wholesale costs of power generation, but that does not include the retail cost of power delivery. Ensuring these new costs do not fall disproportionately on lower-income ratepayers through additional regressive charges may safeguard a more equitable clean energy transition.

The financial incentives associated with a CES enacted through reconciliation may have to be substantial to get utilities to replace their fossil fuel power plants with low- or zero-carbon options. If the incentives are set too low, utilities may under invest in clean power. On the other hand, if the incentive is set too high, American taxpayers will pay too much for the clean energy transition. One solution to address this uncertainty is to set conditions on how utilities can use incentives that are offered, such as by tying federal incentives to the reduction of emissions, retiring fossil fuel generation, or reducing electricity rates while disallowing their use for increasing company shareholder benefits.

A federal CES could entrust to electric utilities the responsibility of procuring renewable power required to meet ambitious decarbonization goals. However, many utilities have a history of using their lobbying power with their regulatory bodies (such as state public utility commissions) to enhance their monopolistic control of their service regions. This behavior can push smaller companies out of the market, reducing competitiveness and innovation.

However, federal regulations limit the ability of the federal government to intervene in state energy markets to inhibit such behavior. Complementing a federal CES with rigorous state government enforcement of equitable market design could be an important tool for ensuring the equitable distribution of clean energy benefits such as improved public health, jobs and reduced emissions.

However it is structured and enacted, a CES would only be a part of a comprehensive decarbonization policy strategy. Other financial incentives might address technology-specific solutions to decarbonization like the investment or production tax credits for wind and solar generation. A CES passed via reconciliation is likely “carrot first” and may need to be complemented with more punitive incentives or “sticks” to encourage slower-transitioning electric utilities to ramp up their adoption.

However, with the right balance of carrots and sticks, a clean energy transition may contribute to reducing the disproportionate financial burden placed on disadvantaged communities.

Liam Regan is a technical analyst at the nonprofit, nonpartisan RAND Corporation and the coordinator for the RAND Climate Resilience Center. Benjamin Lee Preston is a senior policy researcher at RAND and director of Community Health and Environmental Policy.