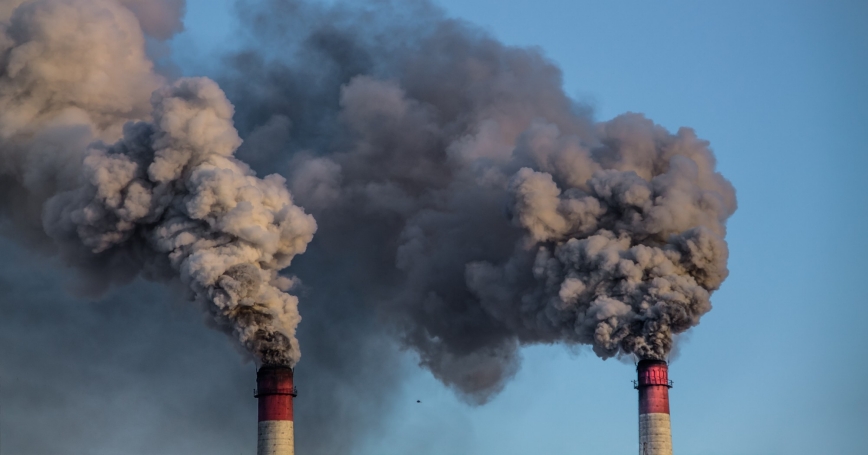 “I can't breathe.” These words have become a rallying cry for protestors demanding racial equity and, in particular, an end to police violence against Black Americans.

For environmental policy experts, “I can't breathe” resonates in a distinct way: Black Americans are disproportionately affected by air pollution. There are also striking racial disparities in who is exposed to water pollution and who lives near facilities that produce hazardous waste.

Two such scholars at RAND—policy researcher Jaime Madrigano and Benjamin Preston, director of RAND's Community Health and Environmental Policy Program—are leading an innovative effort to highlight how discriminatory policies like redlining have shaped the environmental health disparities we see today. Their goal: create an interactive map of the United States to motivate environmental policy that advances antiracism.

As part of a series of conversations about ongoing projects in RAND's growing portfolio of high-quality research on racial equity policy, Madrigano and Preston discussed with RAND president and CEO Michael D. Rich how widespread environmental racism is, the growing urgency to address this problem, and where their research fits in.

Michael D. Rich: What inspired you to pursue this research?

Jaime Madrigano: I've been studying the health impacts of pollution and other environmental hazards, such as climate-related hazards, like heat, for a long time. There's been a very consistent pattern throughout my research and research conducted by others that continues to pop up. Certain populations—in particular, low-income populations and racial minorities, especially Black Americans—are disproportionately impacted by environmental hazards.

There's a lot of value to that research, in terms of demonstrating this consistent pattern. But with the events of last year, I've been trying to educate myself more about systemic racism. That compelled me to think more deeply about these issues in terms of the systemic causes of these environmental disparities that we just see over and over again.

Where you live affects your health. Segregation was intentionally codified into law and has really defined where people live today. So, you really start to think about these environmental disparities more in terms of environmental racism, rather than thinking about race disparities or race inequities.

Rich: How about you, Ben? What interested you about this project?

Benjamin Preston: When Jaime came to me with the initial idea, it really resonated with me, because I've spent a lot of time over the past 15 years thinking about how the vulnerability of people to climate change varies over time, but particularly over space. Looking at geographic patterns of that vulnerability, I spent a lot of time trying to map it at different scales and different parts of the United States, different parts of the world.

There's something very unsatisfying about that at the end of the day. We're trying to identify on maps where people are more or less vulnerable, but then it immediately creates more questions than answers: Why are these people vulnerable, and how do they get to be that way in the first place?

And so, I've always wanted to start unpacking that, to get to some of the root causes. That helps lead you to interventions and ways to do things differently in the future, so we don't reproduce mistakes that were made in the past.

I thought this project could be a really elegant way of digging into that and being able to demonstrate that the decisions people made and the attitudes that people had a long time ago, decades into the past, still shape people's lives today. When we think about the consequences of climate change or vulnerability to climate change, we can worry about temperature changes and changes in precipitation patterns. But a lot of the drivers of vulnerability are within us, to some extent. It's about decisions and choices that people in power make on the ground that affect people's lives.

Rich: Many Americans are now talking more openly and honestly about the country's long history of systemic racism and the inequities that persist today. And yet, it feels like environmental racism doesn't always receive the attention it should in the wider public discourse. Why do you think that is?

Preston: As you mention, this has been an issue in certain communities for a very long time. It's probably flown under the radar for many Americans for a number of reasons. One is that the communities affected are not communities in power. Minority communities and low-income communities have always had a challenge having their issues and concerns elevated in this country. Second is just the environment in general. When you ask people directly, they care about and value the environment. But on their list of the top ten things that they worry about, it doesn't rate fairly high up, until perhaps the past couple of years, where I think there's actually been population voting on climate change in ways we haven't seen before.

Hopefully we can move the conversation about environmental racism, both in terms of research and policy, to one that's focused more on solutions.

The other thing that I think people have missed that's now becoming clear is the systemic nature of this. I think a lot of people take for granted that the world is just the way it is, without thinking too much about whether it has to be that way. People haven't really thought about just how pervasive racial discrimination has been and continues to be, how extensively that permeates everything. It's the environment, but it's not just the environment. It's education, it's health care, it's access to parks and recreation.

I think what we've seen now with COVID-19, combined with the Black Lives Matter movement and concerns about justice and equity in policing, is the recognition that this is all-around. This has profound impacts on our lives, our health, our safety. And it can no longer fly under the radar.

Rich: I imagine that the potential for climate change to accelerate inequity is driving that urgency, too.

Preston: Absolutely. There are two forces acting synergistically. There's pervasive and persistent vulnerability and inequality that undermine health and well-being. And in some cases, that's growing worse over time. Meanwhile, you have this other force of a changing climate that's taking the types of environmental hazards that people have been routinely exposed to and making them that much worse, at least at the margins. Those two forces acting together create a big resilience gap in terms of low-income, marginalized communities of color being able to maintain resilience and move forward in the face of these different pressures.

Rich: Let's talk about where your project fits in. What do you want policymakers and citizens to take away from it?

Madrigano: If our hypothesis that there are greater environmental hazards in previously redlined neighborhoods holds, then that would demonstrate that these patterns exist across the map, that this isn't just a problem in certain places or for one particular environmental hazard. Hopefully, that would help to build literacy on this intersection between systemic racism and environmental injustice.

Our project also has a component that focuses on systemic solutions, to outline structural changes to mitigate these hazards and mitigate these inequities. Hopefully we can move the conversation, both in terms of research and policy, to one that's focused more on solutions, especially with the enormous challenge of climate change we're facing.

Preston: What excites me about this project is that we're trying to make data and tools available to everyone. The idea with the platform we're building is that it's not just about Jaime and me as researchers going out and doing research and publishing that. It's also about pulling back the curtain and allowing people out there in the world, whoever they might be, to explore some of these data, explore some of these relationships, to look at communities that they're interested in themselves.