No Need to Read Between the Lines: How Clear Shifts in Nordic Strategies Create Opportunities for the United States to Enhance Arctic Security 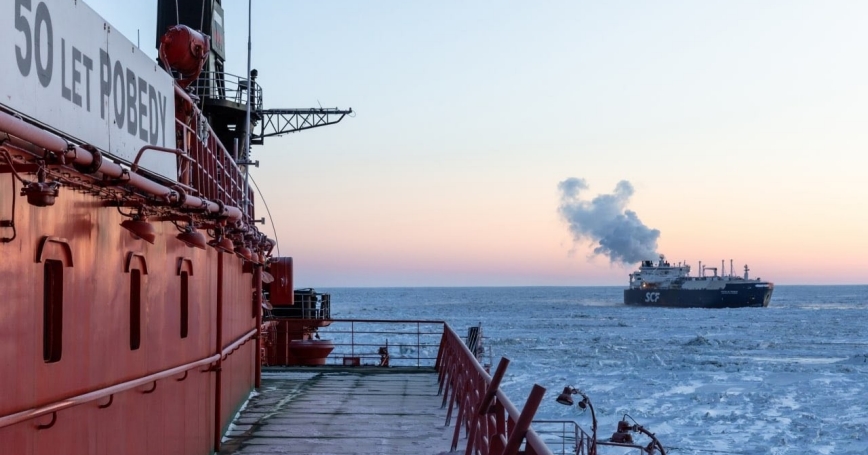 The United States has historically aimed to counter Soviet and Russian military threats and strategic influence in the European Arctic and its principle adjoining countries—Norway, Sweden, and Finland. Although these countries have traditionally enjoyed strong relations with the United States, they have equally showed a steadfast reluctance to provoke the Russian military and endanger close commercial ties.

However, following Russia's intervention and annexation in Ukraine and compounded by a rapid Russian militarization in the Arctic, these three countries have shown an increased willingness to openly identify Russian threats to the region and to publicly embrace the United States as a significant security partner. As a result, these new conditions present the United States with favorable grounds to partner with these three countries to strengthen both military and nonmilitary bonds in the region and advance joint interests.

The shift of all three countries' approaches to the Russian problem set, each to varying degrees, may be most evident in their national and Arctic-specific strategic documents. Norway, which described increased Russian military activity as not targeted at the country in its 2017 national Arctic strategy, stated unequivocally in its 2020 (PDF) edition that “Russia's military build-up and military modernization pose a challenge to the security of Norway and other Allied countries.”

To a lesser degree, non-NATO member Sweden, which previously emphasized nonsecurity Arctic cooperation with Russia in its 2011 (PDF) Arctic strategy and foresaw no military threat to the country, cautiously but clearly stated in its 2020 (PDF) strategy that relations have “deteriorated” and that Russia's increased military activity in the Arctic has contributed to rising tensions.

Similarly, Finland, which balanced on a thin tightrope between criticism of Russian intervention in Georgia in its 2009 (PDF) Security and Defense Policy and the supreme importance of bilateral commercial relations in its 2013 (PDF) Arctic strategy, described the security situation in Finland's neighborhood as “unstable” and “difficult to predict” in its 2020 (PDF) Foreign and Security Policy and its 2021 (PDF) Arctic strategy, further stating that “Russia has weakened the security of our neighboring areas and Europe.” Here, presenting these juxtapositions of national policy paint a succinct picture of the change in the region's strategic messaging on Russia over the last few years toward a more adversarial position.

Norway, Sweden, and Finland have uniformly shifted to enthusiastically endorsing United States–led security cooperation and partnership in the Arctic in their strategic documents.

All three countries' increasingly adversarial posture toward Russia and deepened embrace of the United States as a security partner create an opportunity for the United States to build upon already strong security ties in the region and further advance U.S. national security objectives. Expanded bilateral and multilateral security cooperation with these countries, building off engagements like Trident Juncture 2018 and the upcoming Cold Response 2022, could help build credible deterrence against Russian aggression in the region. Integrating these nations' Arctic expertise, equipment, and infrastructure with the capabilities of U.S. and other NATO forces could help to better secure the European Arctic.

The United States may also be able to strengthen cooperation with these nations by addressing the European Arctic from perspectives that are not exclusively military. The involvement of the U.S. Coast Guard in both military and nonmilitary contexts, including engagement with civil authorities and disaster response, could contribute to positive relationships. Expanding whole-of-government interactions that address the Arctic environment and other issues that are important to these countries like climate change could also help to build ties that enhance security.

Overall, Norway, Sweden, and Finland have dramatically shifted their plans and actions in response to Russian threats in the European Arctic. For the United States, this change could represent an opportunity to further strengthen cooperation with its key allies and partners, helping to enhance security in the region and better counter Russian challenges in the northernmost reaches of Europe.

Jalen Zeman is a research assistant at the nonprofit, nonpartisan RAND Corporation.