To Help Climate Migrants, We Must First Recognize Them 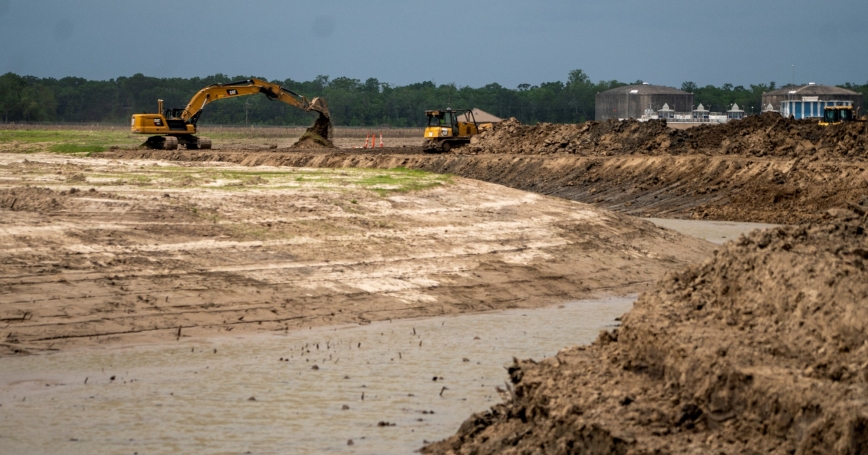 Construction at a subdivision for residents of Isle de Jean Charles, who are being relocated due to climate change, near Shriever, Louisiana, April 7, 2021

Thousands of families were forced from their homes due to the recent Colorado wildfires. They add to the growing number of people—21.5 million since 2010—displaced by extreme weather. In the coming decades this trend will almost certainly accelerate, as some 200 million—possibly as many as 1 billion people—are displaced by the middle of the century.

It is debatable whether the families in Colorado can be classified as “climate migrants.” Part of the debate has to do with the challenges of attributing single extreme weather events like wildfires (PDF) to a global trend like climate change. But it also has to do with the fact that despite the large and growing population displaced by extreme weather, there is, incredibly, still no common definition of a “climate migrant.”

Internationally, legal frameworks for displacement focus on refugees, people fleeing war, violence, persecution, and other forms of conflict. They do not focus on the growing population of people affected by climate shocks and stresses. Fixing this oversight could entail giving people who are displaced by a changing climate similar protections to those afforded to refugees under these international frameworks.

Despite the large and growing population displaced by extreme weather, there is, incredibly, still no common definition of a “climate migrant.”

There are similar opportunities for policies that support climate migrants at a national level, too, where such action is even more necessary, and where our most recent work focuses. Most forms of climate-related migration are within national borders, not across them, yet few governments have plans for these populations. In the United States, for example, governance structures designed to support climate migrants and their host communities do not yet address the fragility that many communities already face. Scores of largely low- and moderate-income and minority families have fallen through the cracks in the wake of climate disasters and other events such as hurricanes, wildfires, and the ongoing COVID-19 pandemic.

These disasters stretch our institutions thin. As people move from their homes and into new ones, children enter different school systems, new residents price locals out of the housing market, and existing infrastructure falters under the pressure. While bringing valuable resources to their new communities, they can also strain basic services not set up for a large influx of a new population.

Once we get a clearer sense of just who is a climate migrant, policy efforts should begin focusing on the full fabric of life in our communities, creating systems that will help migrants become a part of that fabric in safe and dignified ways. While there is no single prescription for how best to handle the movement of people driven by climate change, nations are best served when they fully recognize and prepare for the multi-faceted nature of these movements, focusing not just on immediate disaster relief needs but on larger processes that facilitate resilience—things like access to education, housing, jobs, and health care.

Low- and middle-income countries are among those leading the way in developing these types of policies and can serve as examples. The government of Bangladesh, for example, articulated a clear resettlement plan years ago, including a goal to “facilitate skills trainings” for climate-affected households to help them meet the needs of the labor market in that country and abroad. Kiribati, consisting of 32 atolls in the southern Pacific Ocean, has a “migration with dignity” policy designed to protect the people of that island nation forced to flee rising sea levels.

While bringing valuable resources to their new communities, migrants can also strain basic services not set up for a large influx of a new population.

The United States could build on and learn from these efforts while incorporating them into existing larger, coordinated systems, improving how agencies like the Federal Emergency Management Agency (FEMA) respond to disasters, but also providing social safety net policies and even programs like Federal Housing Administration mortgage supports. But a necessary first step must be to develop a common understanding of who counts as a climate migrant. Crafting good domestic and international policy will be next to impossible otherwise. Leaving these millions of people in uncertain limbo risks exacerbating the inequities of our time far into a warming future, all while creating avoidable governance crises both at home and abroad.

This commentary originally appeared on The Hill on January 27, 2022. Commentary gives RAND researchers a platform to convey insights based on their professional expertise and often on their peer-reviewed research and analysis.