Trying to Forestall the Next Civilian Casualty Horror 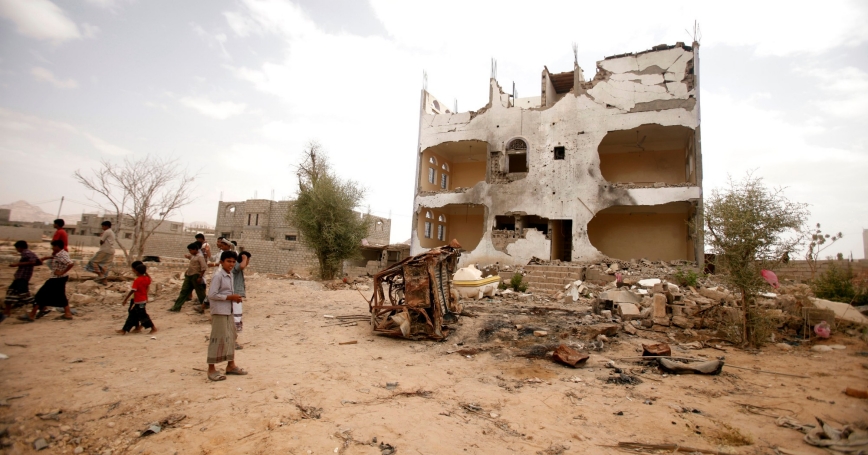 When the New York Times documented faulty intelligence and flawed procedures that repeatedly led to civilian deaths during the U.S. war against the Islamic State, the revelations highlighted more than a broken process for planning and executing airstrikes. They also suggest that after civilians are injured or killed, the Defense Department isn't doing enough to learn from its own failures.

Our own congressionally directed review, conducted in 2020 and 2021 and released January 27, finds much the same. Both at the Pentagon and in the field, civilian harm issues are almost always a part-time, secondary duty—important to everyone but a priority for no one. As anyone with experience in large institutions knows, that's a recipe for good intentions with no results. In a building where process drives everything from strategy development to screwdriver purchases, flawed institutional procedures for identifying what went wrong means the Pentagon continues to tragically repeat mistakes.

This could change. Secretary of Defense Lloyd Austin issued guidance (PDF) on January 27 that pledges to improve and institutionalize the military's procedures on civilian harm, an effort that he characterized as a moral and strategic imperative. Experience has shown that civilian harm incidents can undermine military missions (e.g., securing support from locals), as well as America's political objectives (e.g., post-conflict stability). Like many good plans, the proof will be in the execution.

Both at the Pentagon and in the field, civilian harm issues are almost always a part-time, secondary duty—important to everyone but a priority for no one.

Change should start with the process for figuring out whether the United States has actually killed civilians. The Defense Department relies heavily on airborne assets that systematically undercount such casualties. The conflict-monitoring organization Airwars estimated (PDF) that 465 to 1,113 civilians likely died in Iraq and Syria in 2019 as a result of U.S.-led coalition military action. For that same year, the Pentagon put (PDF) the number at only 22. We reviewed both organizations' procedures and found serious flaws in the Defense Department's. For example, airborne assets can often detect smaller incidents that involve civilians in open spaces, but they are less effective at assessing strikes on structures in urban environments. Sometimes sending U.S. military personnel to assess an incident in person is too risky. Other times, commanders have found ways to conduct an investigation safely and effectively. This can be done through on-the-ground investigations, by working through local military or government partners, or by engaging more extensively with nongovernmental organizations.

A high-profile incident in Raqqa, Syria, is illustrative. On March 20, 2017, U.S. forces bombed a school it believed that the Islamic State was using for military purposes. The military, lacking video evidence, declared that reports of civilian casualties were not credible. But the military's aircraft couldn't see the civilians crushed within. Only after civilian organizations shared compelling evidence from the ground did the Defense Department acknowledge the casualties.

This example highlights the military's propensity to dismiss allegations from the outside. But incorporating external sources of information can help the military itself do better. Relying solely on self-assessments runs the risk of confirmation bias. If someone assessed the risk to be low before approving a strike, why spend valuable time afterward looking for evidence you don't think is there? Because of this false confidence, the Pentagon too often has instead treated engagement with civilian organizations as a public affairs issue rather than an opportunity to improve its data collection. That's why Austin's memo directs the Defense Department to improve how the military collects information related to civilian harm incidents.

Another fundamental issue is resources. Officers who staffed civilian casualty cells (PDF) at the height of operations against the Islamic State processed hundreds of reports a day. They were relatively junior officers with little formal training in evaluating such reports who learned on the job. They received scant guidance on how deep to dig into an allegation, how hard to try to verify the reliability of a source, or what to do with conflicting cases. Staffing on civilian harm at the Pentagon and the combatant commands also suffers shortfalls. All this means that attention to civilian casualty issues is post hoc and sporadic, driving the Pentagon's leadership to move from crisis to crisis without ensuring that solutions to problems identified during operations are implemented throughout the force.

Systems for managing data are also problematic. Each command stores relevant data on individual spreadsheets on SharePoint sites, meaning officials tasked with reviewing incidents struggle to access the best available information. One U.S. officer told us: “I know from experience that data is missing, but I can't tell you how much.” In one case, the battle damage assessment (PDF) was located on a classified network that officials could not access. In another, the tool that stored full-motion video evidence was replaced with a new system—and a U.S. official had to fly to another country to review it. The defense secretary's memo notes the importance of sound data-management processes for civilian casualty assessments.

Attention to civilian casualty issues is post hoc and sporadic, driving the Pentagon's leadership to move from crisis to crisis without ensuring that solutions are implemented throughout the force.

The most important element may be learning. Individual assessments can tell the military what happened, but not why. The Times did what the Defense Department could have done: analyze the military's assessments in aggregate to discern patterns of failure. The department currently has no organization or personnel dedicated for this purpose. It does have effective structures to monitor other features of the operational environment, such as successes and failures in targeting enemy forces, which are fed into military planning processes to improve mission effectiveness. Similarly, the Air Force conducts thorough, nonpunitive safety investigations and ensures results are immediately cycled (PDF) into mission preparations. Civilian harm issues could be addressed using a similar approach.

On August 29 of last year, a drone strike in Afghanistan mistakenly killed 10 civilians. The causes of the errors were all too familiar. There was misidentification: The military mistook an aid worker for an Islamic State fighter. And there was a transient civilian presence: The military did not see children outside the frame of the drone's video. Assessments in Afghanistan a decade ago documented these issues and identified potential solutions. In the absence of an infrastructure for learning, the lessons have not been heeded.

What the Pentagon needs to do now is devote resources and senior leader attention to an issue that has historically lacked both. Civilian protection should become the singular priority for a critical mass of people across the organization. A Defense Department center of excellence for civilian protection, which we recommend in our report, could support data collection and analysis, dissemination of lessons, and engagement with foreign militaries and outside organizations—and ultimately serve as a locus for accountability.

Austin's memo calls for the creation of such a center to institutionalize knowledge, practices, and tools for mitigating and responding to civilian harm. This is a welcome step. The biggest challenge will be sustaining that attention in the face of other pressing demands.

The U.S. military maintains a commitment to the protection of civilian life and has developed (PDF) sophisticated tools and procedures to reduce the human cost of war (PDF). That mission will become only more complex. The risks of civilian harm would be far higher in potential conflicts with countries like China, Russia, or North Korea than that seen in places like Afghanistan, Iraq, and Syria. If the Defense Department fails to make good on its new commitments, the implications could be dire.

Michael McNerney is acting director of the International Security and Defense Policy Center at the nonprofit, nonpartisan RAND Corporation. Gabrielle Tarini is a policy analyst at RAND.

This commentary originally appeared on Foreign Policy on February 3, 2022. Commentary gives RAND researchers a platform to convey insights based on their professional expertise and often on their peer-reviewed research and analysis.