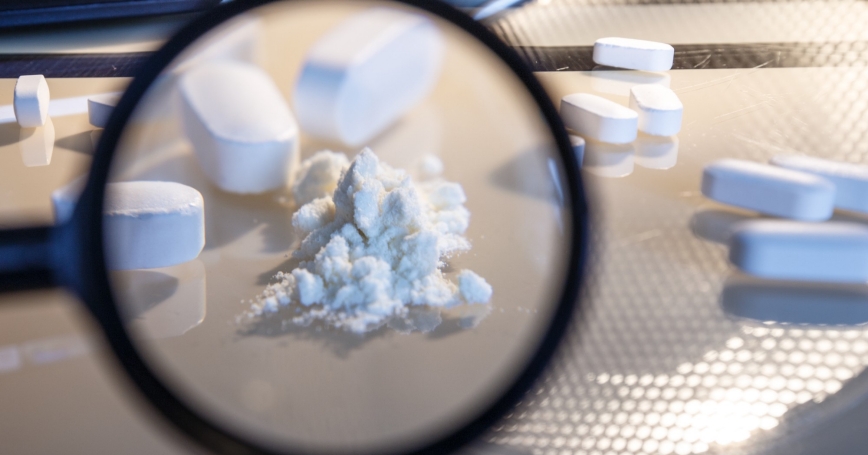 This tragedy has continued to play out for decades, but has worsened sharply since 2014 when illegally manufactured, highly potent fentanyl was introduced to American drug markets. Many of the same traits that make fentanyl an attractive drug for illegal suppliers and Mexican traffickers can make it a death sentence to users: As a synthetic opioid, fentanyl is not made from poppy, but chemicals sourced from large industrial chemical sectors in China and India. It is cheap and easy to produce. By weight, fentanyl is up to 50 times more potent than heroin, meaning very little is needed to meet America's demand for opioids. Perhaps only a few pickup-truck loads of pure fentanyl are needed to supply our country for an entire year. Dealers and traffickers are substituting more-expensive (and laborious to produce) heroin for fentanyl; some are even pressing a tiny amount of fentanyl into pills made to look like actual prescription medications, potentially misleading those who take drugs and leading to deadly results.

America's illegal drug markets are more dangerous than ever, and many traditional policy tools are failing to stem rising overdoses. In short, we won't be able to simply arrest, interdict at the border, seize inside the United States, or treat our way out of this crisis. New thinking and a new strategic approach were needed, prompting the formation of a joint legislative-executive branch Commission on Combating Synthetic Opioid Trafficking, in 2020. The bipartisan Commission was guided by a goal to save American lives. To do so, it found, the United States must also focus on ways to reduce the demand for opioids and promote critical ways to reduce the harms, including overdose, for those who use illegally sourced drugs that might contain fentanyl.

Using drugs purchased off the street is always risky, but doing so has become much deadlier since fentanyl arrived.

Using drugs purchased off the street is always risky, but doing so has become much deadlier since fentanyl arrived. Fentanyl is so potent that tiny errors in dosing, perhaps as little as a couple extra milligrams, could result in fatal overdose for unsuspecting buyers.

What the Commission's work revealed, is that the problem of rapidly rising drug overdose deaths will not be resolved by any single set of policies, nor can it be reversed overnight. The complex phenomenon of addiction has many drivers; however, the introduction and continued diffusion of fentanyl into illegal drug markets is making a bad problem much, much worse. The Commission determined these tough challenges require a serious, bipartisan, and whole-of-nation effort to safeguard the lives of those who use drugs sourced in unregulated markets, while also seeking ways to reduce the use of drugs through entry into recovery.

Reducing access to the many chemical ingredients needed to make fentanyl might help disrupt criminals who use the internet and commercial cargo system to transact. The Commission's report includes recommendations that the United States must work with the two major suppliers of the chemicals needed to make fentanyl—China and India—to stem the flow of precursor chemicals needed for its production. But even if a disruption in the flow of necessary chemicals were successful, it could be short-lived if traffickers in Mexico find new sources of chemicals.

To address the fentanyl poisoning epidemic with any meaningful results and save lives in the short term, Americans should turn much of our attention to within our borders: expanding access and reducing barriers to medication therapies, such as methadone and buprenorphine, which are the gold standard to treating opioid addiction; and promoting and exploring overdose prevention efforts, like increasing the availability of naloxone or other innovative harm-reduction tools that can save lives.

Short of a major effort to expand drug treatment therapies and overdose prevention tools, other innovative supply reduction efforts could be explored, such as online sting operations targeting those interested in buying fentanyl or the chemicals needed to make it, or expanding know-your-customer laws for the precursor chemicals used to make fentanyl. Possible supply disruptions, even if temporary, might save lives. That said, synthetic opioids are likely to increasingly reach illegal drug markets. Failure to recognize and respond to how rapidly drug markets have changed with the arrival of illegally manufactured synthetic opioids, however, will continue to put many at risk of exposure to fentanyl, endangering the lives of hundreds of thousands more Americans for years to come.

Bryce Pardo is associate director of the RAND Drug Policy Research Center at the nonprofit, nonpartisan RAND Corporation; David Luckey is a senior international and defense researcher at RAND and a professor of policy analysis at the Pardee RAND Graduate School. Both served on the staff of the Commission on Combating Synthetic Opioid Trafficking.