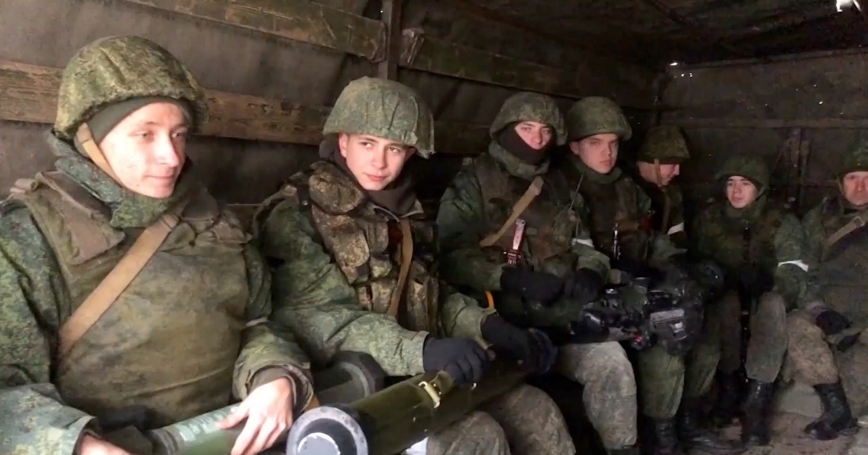 Photo by EyePress News via Reuters

The invasion of Ukraine by Russia appears to have been far from seamless. The internet is littered with reports of Russian soldiers seemingly stalled in convoys, deserting their units, and being unable to maintain their equipment. An effort to collect and confirm the instances of Russia's abandoned, destroyed, and captured military systems had to be terminated due to the inability of its contributors to keep up with the pace at which it is happening.

While the internet is not reality, some may wonder if this is really the same Russian military that has been feared around the world for decades?

Effective militaries need people and equipment, but also a strategy to guide what those people do with that equipment. Plenty has been written about the people and the gear, but we think the current war in Ukraine points to some problems lurking within Russia's military manpower and personnel system.

There are several reasons why these problems may have been overlooked. For one, research on the military manpower and personnel systems of foreign countries tends to be viewed as a sleepy area of research by military scholars. Further, there is a bias towards modernization issues in assessments of foreign countries versus the squishier topics related to military professionalization—the will to fight, cohesion, and morale are simply harder to assess than the number of tanks.

Still, it is astounding how many of Russia's challenges now on display were, in retrospect, hiding in plain sight for years. While some of these problems likely existed during prior Russian military operations, the fierce resistance by Ukrainians is exposing them more clearly than what was seen during past conflicts, as evident from reports of several Russian generals killed in Ukraine. The death of one general officer in combat is an incredibly rare thing; the death of multiple generals may speak to a need for top officers to be directing field activities in person, a potential sign of a lack of trust down the chain of command.

For decades, the Russian military has embarked on professionalizing their force structure, relying more on contract soldiers instead of conscripts. As a comparison, the United States ended conscription and transitioned to an All-Volunteer Force during the 1970s. Unlike Russia, however, the U.S. military ended conscription relatively quickly and spent significant resources constructing (and evaluating) an expansive system of programs designed to recruit, train, support, and retain a highly professionalized force. While Russia's efforts at professionalization have been a bit slower, there is some evidence their military scholars have looked to the United States for insights.

For two decades, Russia actively and widely disseminated a narrative underlining their military might. However, some explicit references to troubling issues still broke through, including through the “official” channels.

The 2008 Strategy of Social Development of the Armed Forces of the Russian Federation for the period up to 2020 explicitly states that “the level of military-professional training of military personnel continues to decline.” In his address to the board of the Ministry of Defense last year, Russian leader Vladimir Putin emphasized that achieving success in any conflict depended directly on the professionalism of the commanders and listed working on increasing professionalism in the military as a priority.

Some of the results from Russia's research on their manpower and personnel system are publicly available and do not always paint a great picture of the Russian military.

For example, back in 2014, the Russian military's sociology center reported that more than a quarter of their own personnel surveyed reported having problems with their infantry equipment. A 2020 article in a Ministry of Defense military journal talks about a gap in the increase in advanced systems deployment and the ability of the service members to operate them effectively. Gennady Zhytko, the Commander of the Eastern Military District (which reportedly (PDF) is heavily involved in the conflict), lamented in 2020 the shortage of officers on the battalion and regiment level.

Insights from Russia's scholars complement these military publications. Despite being limited in their access and pressure to paint a bright picture, some researchers admit that Russia's military forces lack material and professional motivation to serve.

We cannot speak to the Russian military strategy or equipment they are using. We can, however, point to what Russian service members seem to be doing with their equipment. The apparent failures among the Russian rank and file suggest this country has underlying problems in its efforts to professionalize its force structure. But you don't have to take our word for it, the Russian military and their scholars have released research—sometimes with data—to support this conclusion.

Military professionalization is a time-consuming and costly endeavor. Russia has neither the time nor money to fully professionalize their force structure now. In essence, Moscow is stuck with the force it has, not the force it might want. Even if it manages to take control of the territory of Ukraine, the Russian military's underlying problems with professionalization may handicap these occupiers in their efforts to maintain control over that country for the long term, counter potential insurgencies, and presumably rebuild the country to allow for an eventual withdrawal.

This commentary originally appeared on Breaking Defense on March 21, 2022. Commentary gives RAND researchers a platform to convey insights based on their professional expertise and often on their peer-reviewed research and analysis.