Russia Does Not Seem to Be After Ukraine's Gas Reserves 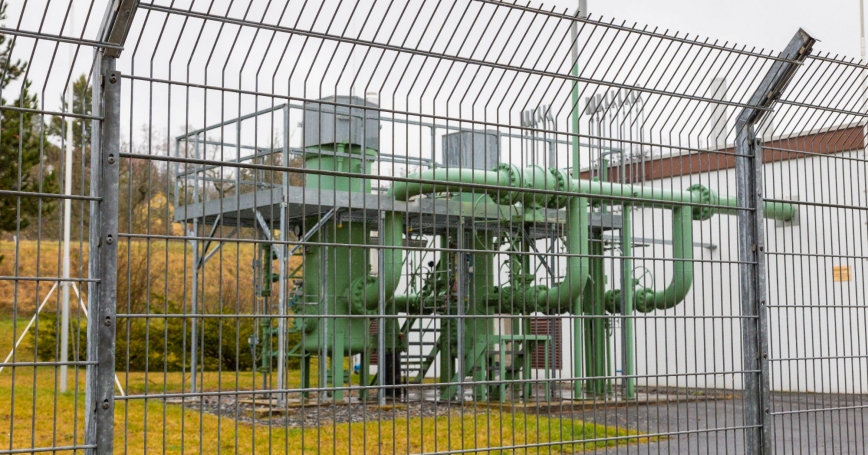 A few weeks ago, Bret Stephens, in his column for the New York Times, proposed that Putin is less interested “in reuniting the Russian-speaking world than he is in securing Russia's energy dominance.” Stephens speculated that Putin hasn't catastrophically miscalculated, but that “his real targets were the energy riches of Ukraine's east.” When squinted at from afar, Stephens' argument appears to have a certain narrative logic to it. The problems with this narrative seem to begin, however, as soon as one grapples with the basic facts on the ground.

Ukraine does indeed control Europe's second-largest known reserves of natural gas, almost 80 percent of which are located east of the Dnipro River. However, these reserves amount to less than 3 percent of Russia's total natural gas reserves (PDF). And though Ukraine theoretically might have considerable shale gas reserves, they remain largely unproven, and Russia currently has no experience or technology for shale gas production. For shale oil production, Russia has historically relied on Western technology. However, this reliance has been seriously impeded since 2017, when the United States introduced sanctions to ban American companies from providing shale oil extraction technologies to Russia. If Russia grabbed Ukraine's gas reserves, the same sanctions would almost certainly be imposed on shale gas production technologies.

Still, let's—for the sake of Stephens' argument—assume that Russia desperately wants Ukraine's gas reserves. Even in this case, the emerging operations plan does not support the supposed goal. The majority of gas reserves east of the Dnipro River are located in Kharkiv and Poltava Oblasts, in the central-east part of the country. The reserves start approximately 30 to 40 miles south of Kharkiv, pass through Poltava, and stretch in a northwest direction, towards Romny in Sumy Oblast. There are no significant natural gas reserves in Kyiv or Chernihiv Oblasts; Lugansk Oblasts hosts only one percent of them, and Doneck Oblast has only shale gas. Consequently, if the goal of the invasion was the gas, the majority of Russian troops would have been accumulated on the Sumy-Kharkiv line to advance in the direction of Poltava. Instead, the initial main axes of advance have focused on Kyiv and the southeastern part of the country, while Sumy and Kharkiv have seemed to play a secondary role. There is not even much justification for the march out of Crimea, along the coasts of the Black and Azov Seas, as they host only four percent of Ukraine's natural gas reserves—mostly offshore, and some 300 miles from the reserves in Poltava Oblasts.

The benefit of increasing Russia's gas reserves by 3 percent, at the cost of presumably more than half of its ground troops is, at the very least, highly questionable.

Admittedly, we are only a month and a half into the Russian invasion and, theoretically, Russian troops could still regroup and change the main lines of effort. However, from the start, the biggest question of the Russian invasion was not whether Russia could take one piece of land or another, but whether they could hold it. Some pre-war estimations suggest that occupying one-third of Ukraine could tie down half of Russia's ground force—a calculation based on the assumption of “a modest threat from NATO-backed Ukrainian raids and infiltrations, insurgency, and civil disruption.” If anything, the last five weeks have proven that Russian ground troops are shrinking well before any occupation, and the Ukrainian resistance backed by Western military aid is far from modest. The benefit of increasing Russia's gas reserves by 3 percent, at the cost of presumably more than half of its ground troops is, at the very least, highly questionable.

And occupation is not the only cost Russia would incur for this measly uptick in the gas it controls. Natural gas extraction under insurgency can be a risky business. Oil and gas companies usually halt production when hostilities start. Increasing production to make the effort “worth it” would also require raising capital, which could prove difficult to accomplish under new sanctions and the expected economic decline. Finally, it is hard to imagine there would be many buyers for natural gas produced on the graves of Ukrainian civilians.

Another complication: Natural gas sales are strictly constrained by transport infrastructure. Russia would have to either send the gas to EU countries via existing pipelines or build a liquid natural gas (LNG) plant to ship it worldwide. Both options seem overly optimistic. The EU is already years into multiple diversification projects and now that Russia invaded, it has announced a plan to “make Europe independent from Russian fossil fuels well before 2030.” Russian atrocities on the Ukrainian civilians may speed up this plan even more.

Finally, the crux of this narrative, which casts Russia and Putin as canny operators out to control more and more gas reserves, gets the power dynamic exactly backwards. Russia is in many ways more dependent on gas exports to Europe than the EU is on imports from Russia. According to the 2021 BP Statistical Review (PDF), in 2020, Europe—excluding Belarus—accounted for almost 78 percent of Russia's overall natural gas exports. The disproportion is even more striking in exports via pipelines, where Europe accounted for 85 percent of Russia's export. In contrast, China accounted for less than two percent. The pipeline export to China only started a couple of years ago (PDF), and it is expected to increase in the coming years. But new pipelines to China won't provide an easy fix if Russia can't sell most of its gas to Europe. Russia's pipeline deliveries to China are supplied by the gas fields of East Siberia, whereas export to Europe relies on West Siberia gas reserves. There is no pipeline link between the two—no way for Russia to pipe what has historically been the gas that it sells to Europe, to China. Building such a connection under new sanctions will likely be even more difficult.

Russia is in many ways more dependent on gas exports to Europe than the EU is on imports from Russia.

Theoretically, LNG—which allows worldwide exports—could be a way around all of these gas pipeline infrastructure problems. But Russia's LNG production capacity remains limited, and most of it is already allocated to non-European customers. In 2020, LNG export to Europe—the capacity that can be easily diverted to other countries—accounted for just 7 percent of Russia's overall natural gas export. Russia has planned to build new LNG capacities, but—again—this will prove technologically and financially difficult under new sanctions, particularly since Russia doesn't have its own liquefaction technology. Two currently operating large LNG plants—Sakhalin-2 LNG and Yamal LNG—use liquefaction processes patented and licensed by British-Dutch Shell and American Air Products, respectively. A medium-sized LNG plant in the Leningrad Region, by the Baltic Sea, uses French Air Liquide's technology, and, according to Russian reporting, the company agreed to a “know-how” transfer. However, the technology used, called Smartfin™, is not suitable for large-scale LNG production. Russian Novatek is reportedly working on its own liquefaction technology, but the results have been unsatisfactory so far. Relying on Western technologies may soon be impossible given the current geopolitical situation. German Linde has already pulled out of the Arctic LNG. The project is losing financial support. One of the shareholders, French TotalEnergie, already announced a gradual suspension of its activities in Russia, while Italian banks are reportedly considering freezing the funding. The same would apply to any potential plans to build a new LNG plant to export natural gas extracted from Ukrainian gas fields. As with new pipeline infrastructure, developing its own LNG plants will be a long and costly road for Russia now that it has invaded Ukraine.

There seems to be, quite simply, very little reason to believe that the true stakes of the war in Ukraine are the country's natural gas reserves. Ukrainian gas fields appear too small to justify the costs of the invasion, too hard to keep, and almost impossible for Russia to exploit. One of the few things Russia is not short on already is hydrocarbons. If Moscow hoped to cheaply take over Ukrainian gas reserves, it would appear no less misguided and miscalculated than the hope for a quick and painless regime change.

Krystyna Marcinek is an assistant policy researcher at the nonprofit, nonpartisan RAND Corporation.