Fentanyl Makes an Already Dangerous Drug Market Deadlier Than Ever 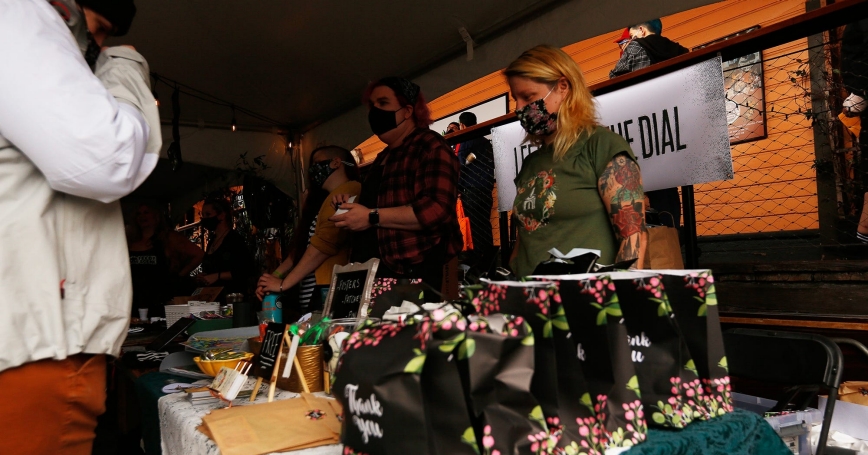 This tragedy has played out for decades, but, since 2014, it has worsened sharply. That year, dealers and traffickers began introducing illegally manufactured fentanyl into the market, initially concealing it as heroin, and eventually pressing it into tablets (PDF) made to look like genuine prescription medication.

Many of the same traits that make fentanyl an attractive drug for illegal suppliers and Mexican traffickers can make it a death sentence to users. As a synthetic opioid, fentanyl is not made from poppy, but chemicals sourced from large industrial chemical sectors in China and India. It is cheap and easy to produce. By weight, fentanyl is up to fifty times more potent than heroin, meaning very little is needed to meet America's demand for opioids. Perhaps only a few pickup truck loads of pure fentanyl are needed to supply our country for an entire year.

Use of street-sourced drugs has always been risky, but today's level of risk is simply unprecedented. Many traditional drug policy goals have focused on raising the price of drugs sold illegally through seizures; reducing the demand for drugs through prevention programs; or promoting treatment to get those that use drugs into rehabilitation. In all cases, the focus has been about shrinking the population of drug users either indirectly, by reducing their consumption through elevated prices, or directly, by transitioning users into drug treatment programs.

We won't be able to simply arrest, seize, or treat our way out of this crisis; a new strategic approach is needed

But we won't be able to simply arrest, seize, or treat our way out of this crisis. A new strategic approach is needed, which is what prompted the formation of a joint legislative-executive branch Commission on Combatting Synthetic Opioid Trafficking, in 2020. The bipartisan Commission was guided by a goal to save American lives.

The Commission's report includes recommendations that the United States must work with the two major suppliers of the chemicals needed to make fentanyl—China and India–to stem the flow of precursor chemicals needed for its production. But even if a disruption in the flow of necessary chemicals were successful, it could be short-lived if traffickers in Mexico find new sources of chemicals. Nonetheless, greater efforts to improve oversight of large chemical industries in Asia are needed to reduce the availability of many common chemicals used to illegally manufacture drugs. Possible supply disruptions, even temporary ones, might save lives.

That said, over the long run, synthetic opioids are likely to increasingly reach illegal drug markets. Failure to recognize and respond to how rapidly these markets have changed with the arrival of illegally manufactured synthetic opioids will continue to put many Americans at risk of exposure to fentanyl, endangering the lives of hundreds of thousands more for years to come.

Some who are overdosing on fentanyl, for example, do not even have what we traditionally consider a “drug problem”—they might simply be consuming it once, as a fake tablet, so our usual drug treatment responses can't help them. And many of those who would benefit from treatment can't do so if they suddenly die from mistakenly consuming fentanyl concealed in heroin or cocaine. Although drug supply and demand reduction efforts are necessary, they alone are now insufficient to stem rising overdoses.

Although drug supply and demand reduction efforts are necessary, they alone are now insufficient to stem rising overdoses.

The Commission found that while going after the supply chain is necessary, supporting efforts domestically to reduce the harms these drugs cause is also vital. Changing the messaging around drug use should be considered, too. Such messaging could raise awareness of the presence of fentanyl in the drug supply, which in turn could encourage individuals to consume street-sourced drugs with a trusted friend. Messaging might also better describe the means to dose more cautiously or slowly, which also might help reduce the risks of fatal overdose.

All of this will require cooperation across the federal government, and coordination among all levels of government, as well as with nongovernmental organizations. It is, quite simply, what is necessary to save lives.

Bryce Pardo is associate director of the RAND Drug Policy Research Center at the nonprofit, nonpartisan RAND Corporation; David Luckey is a senior international and defense researcher at RAND and a professor of policy analysis at the Pardee RAND Graduate School. Both served on the staff of the Commission on Combating Synthetic Opioid Trafficking.

This commentary originally appeared on The Ripon Forum on May 2, 2022. Commentary gives RAND researchers a platform to convey insights based on their professional expertise and often on their peer-reviewed research and analysis.