Should Ukraine Settle with Russia? 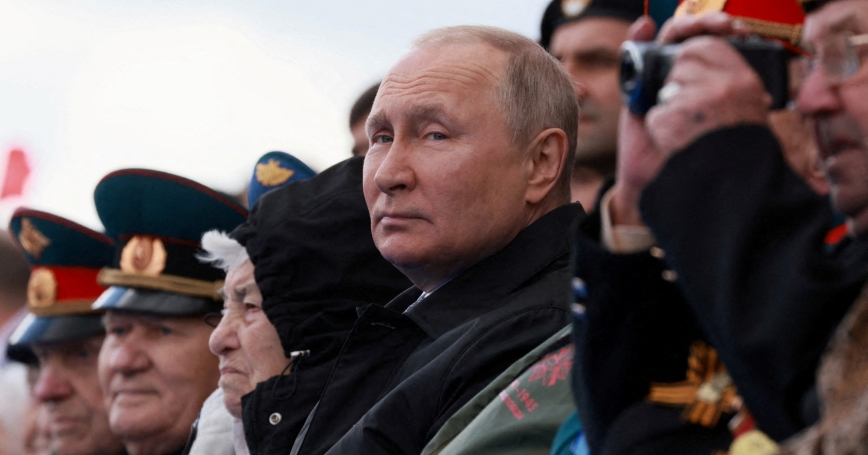 Photo by Mikhail Metzel/Pool via Reuters

Should the United States humiliate Russia—and Russian President Vladimir Putin specifically—over the Russo-Ukrainian War? It could lead to escalation and new wars, but the United States and NATO may need to think twice before offering concessions.

French President Emmanuel Macron stated, “We must not humiliate Russia,” echoing previous calls for Ukrainian neutrality and other off ramps to allow Putin to claim victory. Henry Kissinger opined that Ukraine should accept Russian control of Crimea and its eastern regions as the price of peace, while John Mearsheimer declared “the strategically wise strategy for Ukraine is to […] try to accommodate the Russians.”

Andrew Latham provides what may be the most cogent analysis, drawing on Joslyn Barnhart's excellent book and article on humiliation. Beat Russia too badly, and Putin might just go to war again in the future. Brendan Green and Caitlin Talmadge similarly warn that escalation might spark nuclear war. Despite different concerns, all advocate that Washington and Kyiv offer concessions to Putin and rapidly end the war through a political settlement. For lack of a better term, let's call this the “settler” approach to the war.

Numerous policy analysts, scholars, and journalists reject this approach, pointing out that Russian state media can easily manufacture an off ramp; that Putin already nurses plenty of grievances, many fictional; and that Moscow rejected multiple conciliatory Ukrainian offers. What actually constitutes “humiliation” for Russia is malleable and shifting, and as Shashank Joshi notes, even moderate war aims can be spun to fuel Putin's embarrassment.

Centering Putin's interests and catering to his emotional state violates a fundamental bargaining precept: Never negotiate against yourself.

Centering Putin's interests and catering to his emotional state violates a fundamental bargaining precept: Never negotiate against yourself. To be clear, it's good to understand your opponent's perspective. But first, negotiate for your interests, not for theirs. Second, learn what they really want before offering concessions. Third, make sure they can actually deliver.

The settlers stumble on all three precepts. First, “humiliation” is being defined entirely by the opponent. Russia (or Putin, really) has chosen to frame its current international isolation as a humiliation, rather than the result of poor policy choices. In worrying about humiliation, settlers are responding to Putin's emotional reaction, not Russia's military actions. How this aligns with and provides a path to fulfilling U.S., European, and Ukrainian interests is unclear.

Settlers would trade something tangible (e.g., land, political autonomy) for something notional—Putin and Russia's wider emotional satisfaction. This goes beyond acknowledging Moscow's self-perceived grievances to accepting them as the foundation for their peace proposals.

Second, not humiliating Russia may be the wise policy, but it is also an enormous concession to the aggressor. And you should never give away a concession for free. Many settlers have no further goal than avoiding the costs of Russia lashing out. That's perfectly legitimate, but they provide little evidence that their proposed “golden bridges” would actually satisfy Moscow. We simply do not know whether Ukrainian promises not to join NATO or the EU would mollify Putin's sense of grievance, or if he in fact wants even more.

Settlers are making unilateral concessions in an information vacuum. Adversaries typically (PDF) view this as weakness and raise the cost of their cooperation. Russia hasn't made any serious offers, but the proposed solutions have already escalated from Ukrainian neutrality to giving up political autonomy to territorial concessions. In this “bidding down” process, opponents have every incentive to let you continue devaluing your position, hoping that they will eventually agree. And knowing this, opponents can always threaten further grievance and violence if you fail to sufficiently lower your ask.

Not humiliating Russia may be the wise policy, but it is also an enormous concession to the aggressor. And you should never give away a concession for free.

By centering Putin's emotional state, it is possible that analysts are letting Moscow drive U.S., Europe, and Ukraine interests. Having your own strongly and clearly articulated position is the best safeguard against this. But while the settlers say plenty about what the United States, Europe, and Ukraine should not do, they offer scant details about what these actors should want in return. Simply avoiding costs imposed by your opponent could risk subsuming your interests to theirs. Ironically quoting Kissinger, Finnish President Sauli Niinistö observed, “whenever avoidance of war has been the primary objective of a group of powers, the international system has been at the mercy of its most ruthless member.”

To be fair, Kissinger and Mearsheimer want to exchange Ukrainian concessions to Russia for Moscow's support against China. But this leads to the third potential problem: Can Russia actually deliver? Given its poor battlefield performance and declining share of the global economy, Moscow may not be able to fulfill its obligations in a turn against China. Moreover, why should the United States or Europe believe Putin's promises? Under his leadership, Russia has violated numerous international laws and agreements, including the Budapest Memorandum, the Minsk II agreement, and the INF Treaty; protected Syrian use of chemical weapons; and possibly committed war crimes and even genocide in Ukraine.

Barnhart recommends that victorious states offer pathways to restore a defeated opponent's status and standing in world affairs. But that is precisely what the Budapest Memorandum attempted to achieve, as well as Russian membership in the WTO, the Partnership for Peace, and the G8. International institutions screen states for “good” members: Those that will follow the organization's rules and norms, both immediately and in the long term. So now Moscow faces an enormous credibility problem, one that military defeat or political surrender might be the only path to solving. And that is because Russia is unlikely to recognize, reciprocate, and preserve concessions to avoid its own humiliation.

This commentary originally appeared on RealClearDefense on June 20, 2022. Commentary gives RAND researchers a platform to convey insights based on their professional expertise and often on their peer-reviewed research and analysis.