The Return of 'Don’t Poke the Bear' 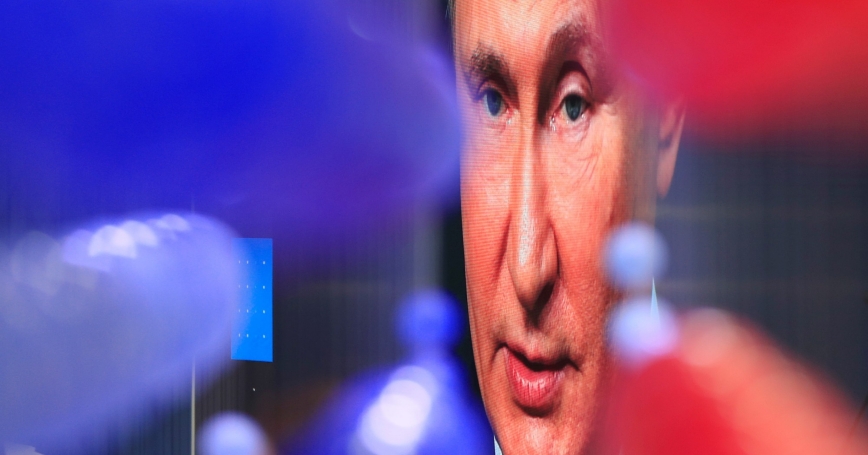 Don't poke the bear. This idiom summed up an American strategy that argued, essentially, that the West should avoid antagonizing Russia, lest it enrage the beast. After the invasion of Ukraine, the approach fell out of favor. But as Ukraine has pushed Russian forces back from Kyiv, the school has witnessed an unexpected resurgence. A chorus of former officials, academics and journalists are suddenly arguing that it would be prudent for Ukraine to settle, when recently many in this same camp were calling for exactly the opposite.

Perhaps the best example of this about-face comes from the editorial board of the New York Times. In March, the board wrote that American policy must be willing to engage in the fight for Ukraine “no matter how long it takes… [until] Ukraine will be free.” Two months later, the same board is now arguing that the West must seek a negotiated peace even if that “may require Ukraine to make some hard decisions,” because the risks of clear victory are too great.

“Don't poke the bear” is suddenly back, and the strategic approach remains as unwise as ever.

Pulling back now makes little strategic sense, militarily. As of mid-May, the British ministry of defense estimated that Russia had lost a third of its ground power. The Russian Army has shifted to attacking in smaller formations, and it's running short of key weapons, like precision guided munitions. All the while, battlefield casualties and internal purges have decimated the ranks of senior Russian military leadership. Especially with Russia making plodding progress in the Donbas, backing off now would risk giving Russia time to regroup, rearm and renew its offensive on more favorable terms.

Calling for Ukraine to back off now also comes across as politically tone deaf. It sends a series of messages, none of them particularly helpful for preserving the liberal international order. First, it signals to revanchist states such as Russia that biting off large chunks of sovereign territory will be tolerated, provided they leave their victims' capitals alone.

Second, it shows the world that if hostile states have nukes and can threaten the global economy, the West will eventually self-deter. Above all, the calls to back down further underscore the doubts about Western staying power and a willingness to see hard tasks through to the end—arguably the key element missing in American deterrence today.

“Don't poke the bear” is suddenly back, and the strategic approach remains as unwise as ever.

Advocates of the “don't poke the bear” school counter that the benefit of backing down and negotiating peace with Russia would avoid Russian escalation. Such claims deserve closer scrutiny. Russia could declare mass mobilization or use nuclear or chemical weapons. Any of these actions, however, would likely spark an additional Western response, and Russia, today, is arguably in a worse position to bear these escalating costs.

There is a domestic side to Russia's calculus that should be considered as well. Mass mobilization is a politically risky endeavor for any regime, even an autocracy. Throwing millions of young men, often unwillingly, into uniform does not come without costs. At very least, such a move would upend the Russian labor market and cause more disruption to an already battered economy.

Some, most notably former Secretary of State Henry Kissinger, maintain that the West cannot “not lose sight of the longer term relationship” with Russia and its potential as a future counterweight to China. In an ideal world, Kissinger might be right. Alas, that is not the world today. Even before the Ukraine war, the West's relationship with Russia was marred by any number of problems—from election interference to cyberattacks.

After the Ukraine war, the relationship will undoubtedly be worse, regardless of what concessions, if any, Ukraine eventually grants. Losing wars, after all, seldom improves states' dispositions. Russia will likely emerge embittered and vengeful, especially after Western military aid cost Russia tens of thousands of casualties and Western sanctions wreaked havoc on the Russian economy.

Still, others among the “don't poke the bear” set argue that Ukraine should stop now, because it has already won. Georgetown University Professor Charles Kupchan, for example, posits that Ukraine has “dealt a setback more than sufficient to drive home the costs of further adventurism,” and so “pushing [Russia] further is both unnecessary and unnecessarily risky.” Leaving aside the moral and political palatability of the argument for a moment, the claim misses a basic point: The war is not over, and the ink is not yet dry on what strategic lessons the dictators of the world are likely to learn from the conflict. Whether tyrants view this as a costly victory, an outright defeat or something in between for Russia remains unwritten.

When a bear is off in the wilderness or in hibernation, there is valid argument for leaving it alone. That is simply not Russia today. Even the editorial board of the New York Times acknowledged as much, writing that Russia “is still a nuclear superpower with an aggrieved, volatile despot who has shown little inclination toward a negotiated settlement.” Dealing with an already enraged, rampaging bear requires a different strategic approach, one that might ensure that Ukraine has all the bear shot it may need.

Raphael S. Cohen is the director of the Strategy and Doctrine Program, Project AIR FORCE at the nonpartisan, nonprofit RAND Corporation.

This commentary originally appeared on The Hill on June 3, 2022. Commentary gives RAND researchers a platform to convey insights based on their professional expertise and often on their peer-reviewed research and analysis.