Another 'Hotline' with China Isn't the Answer 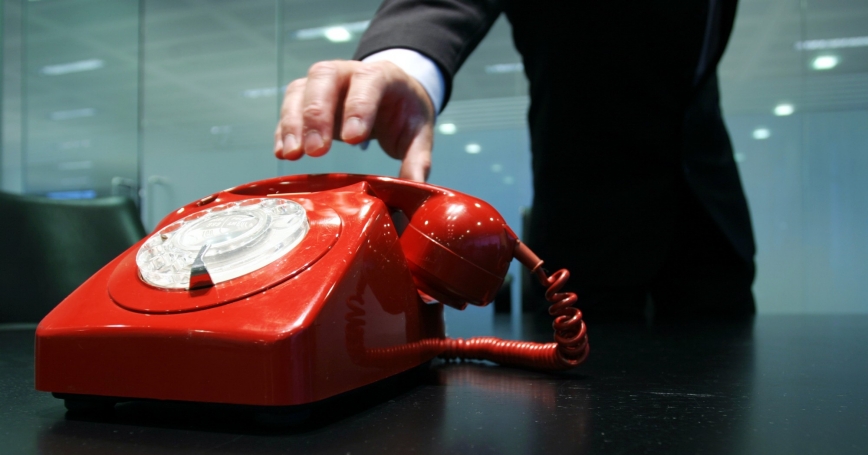 When U.S. Secretary of Defense Lloyd Austin met his Chinese counterpart, Minister Wei Fenghe, on the sidelines of the Shangri-la Dialogue in June, he reportedly urged the People's Liberation Army (PLA) to participate more proactively in crisis communications and crisis management mechanisms.

As the United States and the People's Republic of China (PRC) enter a period of “strategic competition,” U.S. officials apparently see these lines of communications as “guardrails” to “keep both sides from veering off the road toward escalation.”

While well-intentioned, another hotline isn't the answer. It would give false hope that the United States and PRC will resolve disputes more rapidly during a crisis. The PRC does not hold the same value and goals for hotlines as the United States: it views them as tools to manipulate rather than to solve crises.

The United States is better off changing its expectations, understanding how the PRC views crisis communications, and shifting the focus to the internal, inter-agency process by which U.S. policymakers would coordinate in a crisis with Beijing.

The PRC does not hold the same value and goals for hotlines as the United States: it views them as tools to manipulate rather than to solve crises.

Secretary Austin is one of several senior leaders within the Biden administration calling for more U.S.-PRC hotlines. Current and former U.S. officials believe that U.S.-PRC crisis communication mechanisms are underdeveloped.

As one article put it: “Their inadequacy constitutes a clear and present danger of potential miscommunication that could fuel a dangerous U.S.-China military confrontation at a time of heightening bilateral tensions in the Taiwan Strait and the South China Sea.”

However, the United States and PRC hold different assumptions and goals about hotlines.

The United States views them as a tool to deconflict and de-escalate and communicate between forces during a crisis. The PLA harbors deep suspicion about crisis communications with the United States, and perceives U.S. proposals for new channels as an excuse to engage in provocative military activities near PRC-claimed waters and territory.

Beijing regards crisis communications as subservient to broader political goals (PDF) of “crisis management,” which encompass exploiting crises to its advantage and manipulating risk calculations. Hotlines are not meant to resolve the crisis but to empower higher-level organs within the PRC to signal resolve, assign blame, and stall until Beijing stakes out a position of maximum pressure and leverage over the United States during negotiations.

This incompatibility has not stopped senior U.S. defense officials from holding out hope that hotlines and personal relationships with PLA leaders might ease tensions. In his recent book, for instance, former U.S. Secretary of Defense Mark Esper says he could rapidly contact his “counterpart,” Minister of National Defense General Wei Fenghe, to clear up misunderstandings.

Such hopes could be misplaced. Not only could hotlines fail to solve crises, but they might also not perform as intended. As Kurt Campbell, the Biden administration's National Security council Coordinator for the Indo-Pacific, has said: hotlines tend to “ring endlessly in empty rooms.”

If It Ain't Broke, Don't Fix It

The United States has signed two hotline agreements with the PRC. The first, dating back to 1997, is a hotline at the presidential level. During a joint press conference with Jiang Zemin, President Clinton said at the time that it would “make it easier to confer at a moment's notice.”

However, this hotline was not used during the 2001 EP-3 accident, when a PRC fighter jet crashed into a U.S. aircraft, forcing it to land on Hainan Island with U.S. service members onboard. The PRC did not answer any calls for 24 hours, prompting John Keefe, who then worked in the U.S. Embassy in Beijing, to state it was “the day of phone calls not returned.”

A second hotline, called the Defense Telephone Link (DTL) (PDF) was established in 2008 at the secretary-of-defense level. The DTL is utilized on a regular basis, but only for routine bilateral communications (PDF). During incidents, such as the 2016 PLA seizure of an unmanned underwater vehicle in the South China Sea, it appears the DTL was not utilized.

U.S. desires for a “red-phone hotline” with the PRC may not meet U.S. expectations because senior PLA leaders are not empowered to speak to foreign militaries during crises. Only after civilian Chinese Communist Party leaders in Beijing have vetted and approved talking points can the PLA communicate. A red phone is unlikely to accelerate this dynamic on the PLA's side.

The United States should consider broadening its understanding of PRC approaches to “crisis management” as distinct from “crisis communications.” Understanding and accepting the PRC perspective (and not attempting to change its mind) could help U.S. leaders adjust their expectations.

The United States should consider broadening its understanding of PRC approaches to “crisis management” as distinct from “crisis communications.”

The PLA's 2020 Science of Military Strategy dedicates a chapter to the “Prevention and Handling of Military Crisis.” It states that “smart crisis management does not lie in the ability to intervene after the crisis has formed and erupted, but whether it can avoid the occurrence of unfavorable crises.” The goal, then, is to avoid the conditions leading to a crisis—what Michael Brecher and Jonathan Wilkenfeld call the “catalysts” to crises. For the PLA, these catalysts are U.S. military actions and posture near the PRC. So, the United States is responsible for eliminating them.

In the section on “handling active crises,” the PLA says that while communication is important, they must:

“The handling of military crises should attach great importance to the use of military coercion methods, and appropriately demonstrate strength, determination, and will. In the case that deterrence cannot make the enemy yield, appropriate actual combat methods should be adopted to further deter the enemy, so as to achieve the effect of stopping the war or preventing the escalation of the crisis with a small battle.”

Such analysis aligns with strategies that General Secretary Xi Jinping has emphasized to use a “small war to deter a large war” (以武止戈). So, while the United States approaches crisis communication as a means to de-escalate, the PLA views it as part of a broader PRC campaign to stall, manipulate, and possibly use the threat of escalation to coerce Washington to back down.

Second, the United States should streamline internal government bureaucratic processes by which decisions are made during a crisis with the PRC. Joint Publication 3-28, Defense Support of Civil Authorities (PDF), defines “crisis management” as “measures, normally executed under federal law, to identify, acquire, and plan the use of resources needed to anticipate, prevent, and/or resolve a threat or an act of terrorism.” U.S. national security organs are currently underequipped (PDF) to coordinate timely policy responses in a crisis with China. While the National Security Council could be the default coordination hub, manpower limitations may bottleneck efforts to achieve synchronization across the Indo-Pacific Command, Office of the Secretary of Defense, the Department of State, and the U.S. Embassy in Beijing. Establishing a clearly defined chain of command and points of contact across the various U.S. agencies—including public messaging courses of action—that can be rehearsed and stress-tested would enhance U.S. crisis communication capabilities.

Crisis management should be utilized as a supporting function of U.S. deterrence and coercion strategy, not separate from it.

Finally, the United States and PRC should discuss definitions of “crisis management.” Words have different meanings to different people, especially across different languages and cultures. The United States and PRC should explore differing ideas and concepts of “crisis” to avoid misperceptions. In October 2020, the Department of Defense (DoD) and PLA held their first Crisis Communications Working Group “to discuss concepts of crisis communications, crisis prevention, and crisis management.” This dialogue should resume, perhaps renamed as the “Crisis Management Working Group.” This group should look beyond the U.S. “ways” of crisis communications, and instead focus on the “ends” of crisis prevention and crisis de-escalation.

This commentary originally appeared on Pacific Forum on July 27, 2022. Commentary gives RAND researchers a platform to convey insights based on their professional expertise and often on their peer-reviewed research and analysis.