Understanding Russia's Motivations, and Using Them 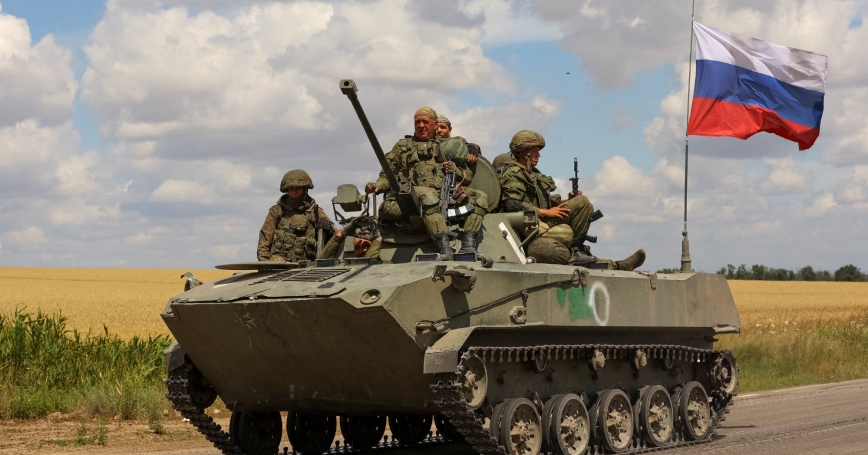 by Khrystyna Holynska and Pauline Moore

Russia's attack on Ukraine's sovereignty is unprecedented (PDF) in the 21st century. So what is Moscow's rationale for the move? Is Russian President Vladimir Putin confronting a perceived threat to his country's security? Does he see himself as following examples from history and standing up for Russian greatness? Does he seek perhaps to establish a sense of order by maintaining an adversarial relationship with the West?

International relations literature has a vast body of research that seeks to explain leaders' judgments and their decisions to go to war. Some have characterized Putin's war on Ukraine as a return to a realist perspective, in which states in the international system are driven to action by concerns for their own survival. The realist theory suggests leaders consider which actions might help them pursue their interests, dealing with the consequences even when their behavior might violate the boundaries of appropriateness.

Putin's speeches over the last decade reveal a desire to cast himself as a singularly able leader who can reclaim Russia's lost greatness. Putin went so far as to portray himself as sharing the revanchist ambitions of 18th-century Russian tsar Peter the Great. In Putin's view, this great Russia opposes the degrading West. He seeks to portray Russia as a defender of all who challenge the West, insisting he will always remain its adversary.

This sense of an eternal rivalry with the West has become a part of Russia's national identity. Any invitations to more cooperative relations with the West have been dismissed with suspicion as attempts to reduce the regime's vigilance and overthrow it. This may explain Moscow's harsh rhetoric about the United States during the so-called reset, a period of heightened cooperation between the two countries during the Obama administration. Even sanctions are now cast as routine; for a country that claims that the sanctions have little effect, Russia mentions them rather frequently.

Given this state of persistent rivalry, it is difficult to explain some of Russia's actions prior to and during the war. Why did Russia put so much effort into legitimizing its actions through the UN Security Council? Why does Russia continue to rather clumsily navigate between two narratives—one of protecting the Ukrainian population against a Nazi government in a country that the world allegedly does not even care about, and another in which the war in Ukraine is actually a proxy war with the West—especially considering that neither narrative really resonates with foreign audiences?

Another concept applied to international relations—that of ontological security—also could help explain Putin's war on Ukraine and his regime's reasoning.

The war is disrupting Russia's perception of its own greatness, and this could open a window of opportunity for the world to encourage Russia to rethink its identity.

In a 2006 article, Jennifer Mitzen, an international relations scholar at Ohio State University, translates the concept of human ontological security to international relations in a very intuitive and relatable way. The need to feel safe is fundamental to human nature, and ontological security can hinge on the establishment of a predictable, “routinized” environment. Ontological security is about maintaining a continuous sense of self, and in this case of state identity, which can be defined by the relationships a state has with other states. Under this theory, Putin may have deemed the invasion necessary to maintain a sense of continuity and “order,” where “order” is a continuation of Russia's adversarial relationship with the West.

Mitzen and other ontological security theorists offer a way out of routinized conflicts—build collaborative practices and slowly but steadily turn cooperation into a new and more beneficial way of interacting. So far, Russia has shown no sign of seeking cooperation. It sticks instead to demands that go far beyond Ukraine's red lines. The human and economic (PDF) price the world, and especially Ukraine, has to pay for Russia to feel ontologically secure appears to be unacceptable.

However, the war itself is already disrupting Russia's perception of its own greatness, and this could open a window of opportunity for the world to encourage Russia to rethink its identity. By invading Ukraine, Putin's regime tried to bring back a familiar and predictable scenario: Russia stands up for its greatness and protects those who dare to oppose Western ways. Since the war has not gone as planned, the price Russian society is paying is enormous. Russia does not want to take the path followed by Western countries whose military campaigns it actively ridiculed for lack of success. Ukraine's victories, large and small, can disrupt how Russia perceives its own identity. It is unclear yet if and when this window of opportunity might open. However, it might be the only quick way out of a conflict that otherwise, as many predict, might last for years.

This commentary originally appeared on RealClearWorld on August 2, 2022. Commentary gives RAND researchers a platform to convey insights based on their professional expertise and often on their peer-reviewed research and analysis.