Why Not Space Mirrors? 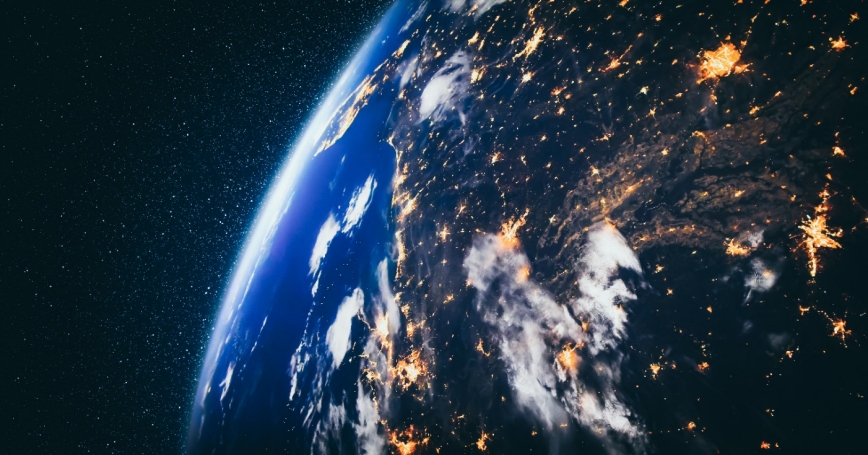 Given the potential consequences of climate change and a danger of reaching irreversible “tipping points,” there is an argument to be made that all options should be carefully considered. Sending giant mirrors into space to reflect solar radiation away from the Earth is one such option.

Space mirrors would be about the size of Brazil and could be located at Lagrange Point L1 between the Earth and Sun. While they continue to be written off as an infeasible and overly costly idea of science fiction, rigorous analysis given current technological advances in space technology has not been conducted. The other ideas for reflecting sunlight to cool the planet involve putting things into Earth's atmosphere with potentially global-scale secondary effects on the biosphere, a major concern in terms of public opinion. Placing space mirrors 1.5 million kilometers out in space—though outside of Earth's biosphere—could present other governance and risk considerations that should be weighed against potential benefits.

RAND recently conducted a review of geoengineering technologies with a discussion of geopolitical risks arising from geoengineering implementation and the existing legal mechanisms that fall short of managing the risks. The review includes space mirrors. However, due to the sparsity of published research, it depends on literature up to 15 years old to determine the cost, technical readiness, and secondary effects. For reference, one feasibility study from 2006 estimated that a fleet of meter-sized spacecraft could be developed and deployed in 25 years, would have a lifetime of 50 years, and cost some trillions of dollars.

The problem is that many geoengineering approaches have been so taboo that there is not enough information to definitively decide what options are viable.

What are some of the risks? Related to U.S. national security, solar geoengineering in general has a first-mover advantage in terms of being able to “set the thermostat,” commercialize the service, or even target any negative side effects toward an adversary. China has made significant investments in technologies that could be used for geoengineering (e.g., weather modification) to place it in a position to take the lead. Even if the United States does not plan to implement a space mirrors or solar geoengineering option, effects from other actors implementing these options could have negative impacts on U.S. international relations, economy, and regional climate. Experts agree that there are concerns about weaponization of such a technology and the large uncertainty around efficacy and safety remaining without further research.

There are also new considerations that arise from space being a contested, warfighting domain (PDF). Space norms are still being established and codified, and tensions between major space powers could influence the geopolitical feasibility of implementing a project as huge as space mirrors. For example, will the project be undertaken by an individual state or a coalition of states or non-state actors?

What are some of the benefits? The appeal of solar geoengineering technologies in general is the idea of providing a viable stopgap option to hold off rising temperatures while greenhouse gas emission reduction efforts continue. They are discussed particularly as an emergency option if current climate mitigation and adaptation efforts are not enough to hold off existential climate hazards. On top of that, some experts see space mirrors with a dual purpose as a potential new source of renewable energy (i.e., space-based solar energy). They also see space mirrors as an option with a possible commercial market to sustain the implementation.

On top of established ideas of the risks and benefits, these considerations could change in light of new concepts and technologies recently developed. One geoengineering concept akin to space mirrors comes from an MIT research group, which proposed a raft of reflective bubbles that would be assembled and moveable in space. In terms of general space capabilities, the cost of a space launch campaign necessary to implement large-scale space mirrors could be dramatically improved with a cheaper and reusable launch capability like SpaceX's Starship. Also worth consideration are the engineering advancements like the hexagonal, folding mirrors recently launched as part of the James Webb Space Telescope, which made a 6.5-meter mirror light and compact enough for its launch.

The risks and benefits are still very theoretical, and there are many details that deserve a closer look to help decisionmakers assess these technologies and prepare for a scenario where another entity uses them. First, there may be a need for an updated understanding of the feasibility of different approaches to implementing space mirrors given today's technology and infrastructure, the effectiveness, and the life cycle cost. The second area that could benefit from more research is broadly on the area of associated risks. This includes an assessment of environmental risks and how they differ from other solar geoengineering approaches; risks to space-based systems in a contested space environment under existing space governance; risks posed by different actors implementing a space mirrors approach; and risks posed by the creation of large space debris at the end of the space mirrors' lifetime.

Emmi Yonekura (she/her) is a physical scientist in the Engineering and Applied Sciences Department at the nonprofit, nonpartisan RAND Corporation.