Russian Aircraft Keep Crashing. Could Sanctions Be the Cause? 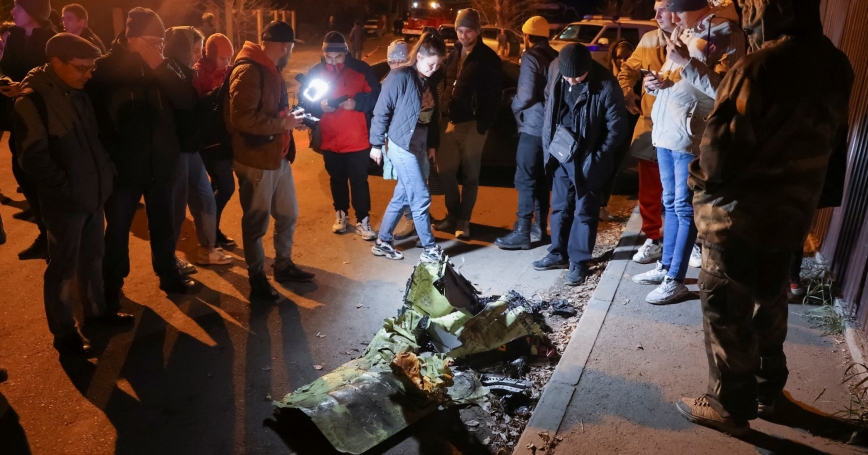 People gather around remains of a military plane at the site where it crashed into a residential building in the city of Irkutsk, Russia, October 23, 2022

At least six fixed-wing Russian aircraft have crashed over Russian-controlled airspace since September. With few to no incidents prior to then, this could indicate growing maintenance issues. Deducing “why” could offer a striking example of the downstream effectiveness of sanctions.

While mechanical failures are expected in aircraft over time, a rapid increase in fleetwide mechanical failures may indicate that something fundamental has changed. Sanctions placed on Russia by the West could well be affecting Russia's ability to manufacture and maintain parts needed to keep aircraft safe.

Maintaining aircraft fleets involves highly skilled operators with knowledge of the specific aircraft, only some of which is transferrable from commercial industry. But maintenance also requires specialized parts and repair tooling.

Aircraft parts, of course, wear out over time. Their components often require precision tools and specialty materials, and there is some overlap between civilian and military aircraft. At some point, however, spares must come from new production.

To dig deeper, let's look at the six incidents of Russian aircraft crashes since September. Four of these crashes involved high-use combat aircraft, while two were not directly involved in combat, nor appear to have been heavily used in Ukraine.

Russia has used the older SU-25s extensively in Ukraine. Failures due to age and lack of maintenance can be expected, given Russia's own sortie rates of their crashes after takeoff.

Then there's this report of a MIG-31 fighter crashing on takeoff. Russia has used these aging aircraft to support SU-25 ground strikes extensively.

The most public incident has been the crash of a relatively new SU-34 ground attack aircraft, tragically, into a Russian apartment building. These types of failures could be expected given the aircraft's heavy use in Ukraine.

What's interesting is that even aircraft not involved in the Russian invasion are crashing. These aircraft were being used as training platforms, and their combat counterparts have limited use in the current war.

That Moscow has lost multiple aircraft types, including ones not involved in the invasion of Ukraine, could suggest a lack of skilled personnel to maintain the aircraft, third-party companies might be unable to manufacture and repair parts adequately, or tooling and materials to manufacture or repair parts may be unavailable. But which is it?

The most likely cause of Russia's aircraft failures would appear to be a lack of tooling and materials required to properly maintain them.

It seems unlikely that a lack of skilled maintenance people is to blame. While Russian airbases have been attacked, damage has not been extensive and maintainers probably would not have been transferred to forward combat units.

It also appears unlikely that there is a shortage of third-party parts companies. There has been discussion on the effects of mobilization on small- and medium- sized Russian enterprises, but this rash of crashes began before Putin's mobilization was announced on September 21.

So, the most likely cause of Russia's aircraft failures would appear to be a lack of tooling and materials required to properly maintain them. This may trace back to the sweeping sanctions imposed by the West months ago that gutted equipment imports and choked off Russian spending.

Michael Bohnert is a licensed engineer at the nonprofit, nonpartisan RAND Corporation.

This commentary originally appeared on The RAND Blog on November 22, 2022. Commentary gives RAND researchers a platform to convey insights based on their professional expertise and often on their peer-reviewed research and analysis.