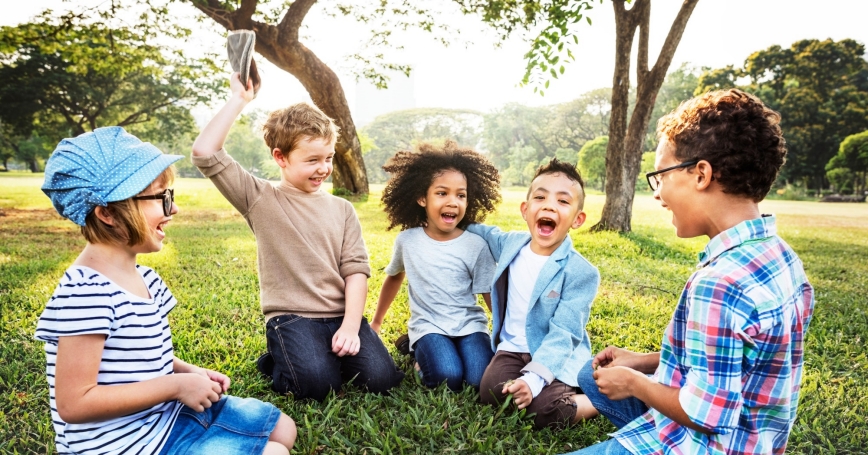 America's child-welfare system could save billions of dollars while helping more families and protecting more children from abuse and neglect, a recent RAND study concluded.

The study provides a first-of-its-kind look at how the system works, and how it could work better. It found that a greater emphasis on preventing maltreatment before it happens, and on keeping children within their own extended families when it does, could improve the lives of thousands of children every year.

“Together, those two things really have an impact,” said Jeanne Ringel, a senior economist and director of the Population Health Program at RAND, who led the study. “That's the exciting part: If you do them together, you achieve all of your objectives, and you do it with less money.”

The Cost of Childhood Trauma

To understand the child-welfare system, you have to see it through the eyes of someone like Amnoni Myers. She was 12 years old when her mother gave her up for good. No explanations, no goodbyes, just a social worker walking across the basketball court at her school, telling her to pack up her things.

By then, she had spent so much of her childhood locked in a family member's basement that she had come to think of it as home. She's the first to say she needed help. But she has also spent her life wondering what it would have been like if her mother had the support she so badly needed, and was able to keep her family together.

What would that have looked like, if I had a family unit that was able to help me navigate life?

“What would that have looked like, if I had a family unit that was able to help me navigate life?” she says now. “When I think about my family, it was like three generations of abuse, neglect, abandonment, drugs, criminal engagement. But if you brought supportive things into the picture, I of course think things could have been better.

Amnoni's is one story of growing up in the child-welfare system. There were, at last count, more than 437,000 others playing out in group homes or foster homes, or the homes of relatives who just stepped up when they needed help. Average age of those children in the system: 8 years old.

There's never been much question that the system could work better; the question has always been how. It costs around $30 billion a year to investigate abuse reports, counsel and support families, and provide foster homes for children at most risk. About half the money comes from the federal government, with legal strings attached that make it hard to use for anything other than foster care and other response services.

Child-welfare advocates have sought in recent years to shift some of the focus and funding toward preventing child abuse and neglect before it happens. They point to a growing body of research that has shown that carefully designed parenting programs and home visits can save families and keep children out of the system.

Investing in Better Outcomes for Children

RAND's study sought to provide an objective look at how different policies could affect the system and children's lives. To do that, researchers created the most comprehensive model to date of how the system works, down to the key decision points—from maltreatment, to report, to investigation, to foster care. Then they plugged in different policy options and simulated the movement of millions of children into and through the system.

The Benefits of a Balanced Approach Combining Prevention and Kinship Care

When those kids become young adults

These results are based on the output of a RAND Corporation model. All statistics are for one cohort from birth to age 18.

No single policy change hit every target: reducing the number of children suffering abuse and neglect, improving the lives and well-being of those who did, and at least holding the line on system costs. But the researchers identified a package of policies that did.

They found that investing more in prevention programs, and placing more children with relatives rather than foster families, could drive down episodes of maltreatment by about 4 percent. That meant less money spent on investigations and out-of-home placements, and better outcomes for the children involved—even into adulthood. They were several percentage points less likely to end up homeless, underemployed, drug-addicted, or in jail.

The package would require an upfront increase in spending on new services, but it reduced spending over time. The result would be a reduction in total lifetime costs of between 3 and 7 percent. That would mean savings of between $5.2 and $10.5 billion, from the current baseline of $155.9 billion.

“It makes sense that, if we can keep families together, that is the best for children, and the best for society,” said Jeanne Pritzker, the founder of the Pritzker Foster Care Initiative, which sponsored the RAND study. “Ideally, this will lead to more funds being channeled into helping parents, in the hopes that more families will stay together and fewer children will end up being separated from their parents—and thus avoid a cycle of trauma that often takes a lifetime to address.”

Her foundation has worked with a tireless advocate for just that kind of change.

Amnoni Myers aged out of the system a decade ago, when she was 18—with a phone call telling her the state was no longer paying for her bed in a foster home. She found her clothes, her belongings, everything she owned stuffed into a dozen trash bags and dumped on the porch of the house she had called home for more than three years. 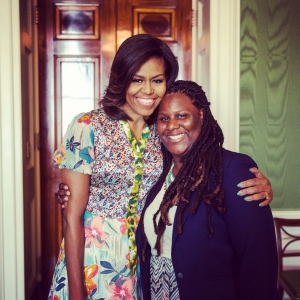 By then, though, she had something that too many children in the system lack: adult mentors—a teacher, a high school principal—who took her in, supported her, and helped her reach for opportunities. She pieced together the financial aid to put herself through college. She became an advocate for foster youth like her, which led her to Washington, D.C., which led to internships in the U.S. Senate and then in the White House. She introduced First Lady Michelle Obama during a 2015 “Take Our Daughters and Sons to Work Day” event.

She recently earned a master's degree in public administration through the National Urban Fellows Program, where she was a fellow at the California Endowment. She works now as a consultant, in part on child-welfare issues, and continues to advocate for foster youth.

“What would it look like to actually provide services and empower these parents to know that they can do it?” she asks now. “Because I think that's where the chain can be broken. I look at myself: I now have that knowledge, so that when I do have kids, I guarantee they will not be in the foster care system. I know what I can do, and I have services and people around me that I know will be able to help.”

She still sees too many foster kids aging out of the system with their lives stuffed into trash bags or cardboard boxes. She has been working with a foster-youth organization in Washington to give those kids something she never had: the simple dignity of a suitcase.