A Way Forward in Afghanistan: Q&A with Laurel Miller 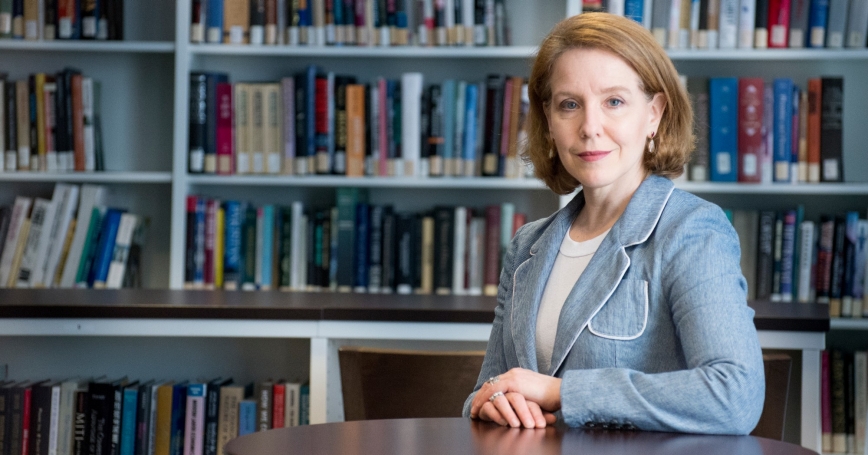 Laurel Miller is a senior foreign policy expert at RAND. From 2013 to 2017, she served as the U.S. State Department's deputy and then acting special representative for Afghanistan and Pakistan, overseeing U.S. diplomatic efforts in the region. She returned to RAND after the Trump administration folded the responsibilities of that office back into the State Department's broader South and Central Asia bureau.

How do you see the war in Afghanistan ending?

I don't see it ending on the battlefield. If the war ends in any near term, it will be through a negotiated political settlement. The conflict has been essentially stalemated for about a decade now and I don't see any indication on the ground or from what I know about dynamics behind the scenes that suggest that the stalemate is going to be broken.

The Taliban's main complaint is the presence of foreign troops in Afghanistan, so that issue will have to be addressed in a settlement. This is a group that certainly uses terror tactics within Afghanistan but does not have ambitions beyond the borders of Afghanistan. It's not a transnational threat or a threat to U.S. interests outside of Afghanistan. So it's conceivable that you could negotiate with them in a way that you couldn't with al Qa'ida or other transnational terrorist groups.

One of the biggest questions will be what form of power-sharing is satisfactory among Afghans. It's generally understood that the distribution of political power will have to be more inclusive, bringing the Taliban into the political mainstream. But none of the parties to the conflict have fully developed positions on how to achieve that. Afghanistan has a social and political system based on patronage, and some people will resist slicing the pie into smaller pieces. The Taliban have indicated that they do not oppose participating in electoral politics, but the firmness of that view would have to be tested through negotiation.

Ultimately achieving a negotiated settlement will be very difficult. It's not anyone's perfect solution to the situation in Afghanistan. But it's the best of the available options.

You recently testified before a Senate subcommittee that it will take more political support, more diplomatic muscle, to get something like that moving. What would you like to see?

It's crucial that it be made clear by the highest levels of the U.S. government that there is strong political backing for such an initiative. There certainly is interest within the U.S. government in seeking a negotiated settlement. But there's a difference between having an appreciation of the importance of that goal and having a clear plan and an actually mobilized, sufficiently robust diplomatic effort that is manifestly backed by the White House.

What are some practical steps toward moving in that direction?

The United States, the Afghan government, and the Taliban need to be sitting together at a negotiating table.

The United States, the Afghan government, and the Taliban need to be sitting together at a negotiating table. You'd need to get the support of Pakistan for the process and for any substantive ideas. You'd need to gain broader support from the countries with the greatest interest in Afghanistan, countries in the region.

My own view is that one near-term, practical step that would be very helpful would be to name a neutral facilitator who could help bring the parties together and sustain the momentum of the peace process. It would need to be someone with a significant international profile who's trusted by the U.S., the Afghan government, and the Taliban, who is regarded as neutral and unbiased.

You've described Pakistan as a “frenemy,” and compared the U.S.–Pakistan relationship to a road rage incident, with both sides talking past each other. What needs to change there?

If anyone has the magic key to unlocking the dilemma that is the U.S.–Pakistan relationship, I hope they raise their hand. I do think there is some common interest between the U.S. and Pakistan in negotiating a political settlement in Afghanistan. Now, it may be for different reasons with different motivations. But if the United States was engaged in a concerted diplomatic effort to negotiate a political settlement, I think there would be the potential to gain Pakistani support and cooperation. That wouldn't entirely resolve all the issues in the U.S.–Pakistan relationship, but it would significantly reduce some of the important ones.

I'm doing a project that looks at the history of senior-level policymaking on Afghanistan from 2002 to 2016. We'll be doing a series of interviews with people who were engaged in making those decisions. I'm also just finishing a project on corruption, trying to help planners and policymakers set realistic expectations on how readily corruption can be addressed in countries we partner with. I'm hoping to branch back out into non–South Asia work, but this year it's mostly Afghanistan and Pakistan.