What the Speed of Life Means for Security and Society 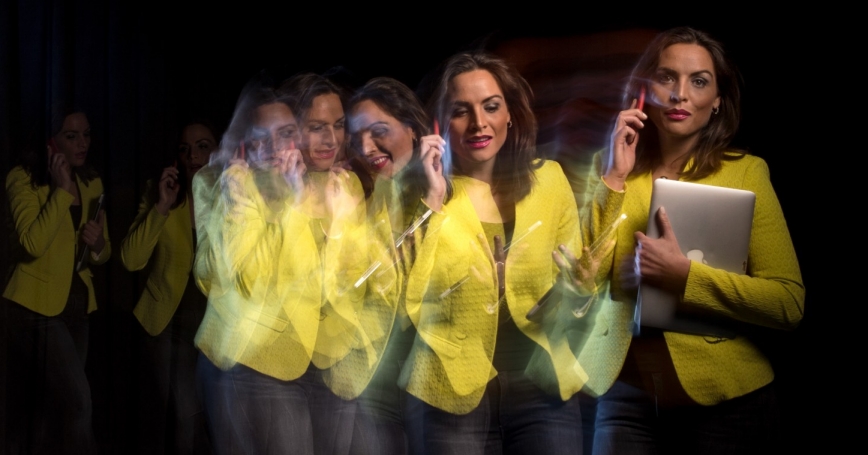 The envelope arrived with no explanation but a New York City postmark. Kathryn Bouskill tore it open and shook out a small, silvery coin. It was stamped with a “20,” she saw as she turned it over in her hand—not 20 cents, or 20 dollars, but 20 minutes.

Bouskill studies health and human behavior as an anthropologist at RAND. She and another researcher, Seifu Chonde, teamed up to examine our scramble for new technology, our headlong rush to make everything go a little faster. We are hurtling toward a time of transformation, they concluded, without asking what all this speed means for our society, our security, and our sanity.

She knew the value of that coin right away.

Do We Have "Hurry Sickness"?

There's a word in German for that discombobulated feeling that life is just racing by: Eilkrankheit, “hurry sickness.” It means rushing home from work just to flip open your laptop. Or checking your cellphone more than 50 times a day, the U.S. average.

Bouskill wondered whether we might be coming down with a case of societal hurry sickness. She partnered with Chonde to test that idea. He came at the question from the opposite perspective, as an engineer and data scientist. He reminded Bouskill that a train can jump the tracks by going too fast, but also by going too slow.

He looked at how quickly technology will advance in the next 20 years. She looked at what that could mean for the human experience.

They concluded that we are about to shift into hyperdrive. The experts they interviewed, the research they reviewed, all pointed in the same direction. Dozens of technologies with the power to transform human life, from 3D printing to cognitive implants, could become as ordinary as a cellphone by 2040.

Society will have to adapt, on the fly, in ways it never has. It took the telephone 85 years to become a household mainstay; color television, 21 years; and the smartphone, 13 years. A key difference was the infrastructure involved. It took a long time to connect every household to a telephone line. In the digital world, it takes no time at all.

As Technology Transforms Life, Can We Adapt?

The speed of change is already testing our ability to respond. In 2010, for example, a high-speed trader working from home executed a series of split-second sales by algorithm, triggering a “flash crash” that briefly wiped nearly $1 trillion from the Dow Jones Industrial Average. In 2013, a law student prompted a regulatory crisis by posting designs for a 3D-printed gun on the internet.

By 2040, the researchers concluded, the speed of life itself could pose a security challenge. In a crisis, the people making decisions will have less time to react, and more information coming at them. That's already a concern at the highest levels of national security and government. As Gen. Joseph Dunford, the chairman of the Joint Chiefs of Staff, warned in a recent essay: “Decision space has collapsed and so our processes must adapt to keep pace.”

By 2040, the speed of life itself could pose a security challenge.

“As we accept new technology, we need to question whether or not it's the right move in each situation,” Chonde said. “Our daily lives are going to get faster in many ways, and something I fear is that we might miss the consequences.”

He and Bouskill followed the technological trend lines—“deep into the sci-fi realm,” Chonde acknowledged—to start thinking through what those consequences might be.

By 2040, they imagined, it's possible that the sharing economy, heralded by the Ubers and Lyfts of the world, will have evolved to the point that we don't really own much at all. Superfast hyperloop trains might whisk commuters from Los Angeles to San Francisco in less than 30 minutes. Cognitive implants—the researchers called them “iBrains”—might allow us to learn faster, perform better, and communicate at the speed of thought.

It was more than just an exercise in creative thinking. The researchers used those scenarios in a series of workshops to test how people around the country think about speed. Most accepted the accelerating pace of life as inevitable. They thought that they'd be left behind if they tried to slow down; better to burn out, one said, than to rust out. They worried about a loss of privacy, cultural traditions, and a sense of community, as well as worsening inequalities in a future defined by technology.

That's a conversation we need to have more often, the researchers concluded, before we find ourselves in a future we're not really prepared for. Their message was not “slow down,” but “watch for blind spots.” Hurry sickness, like motion sickness, might ease with a good look at the horizon.

“We've sort of just been in this hamster wheel, and people are feeling the crunch, but they're not always thinking critically about when it might be better to go faster, or slower,” Bouskill said. “We live in a world where it's the tweet of the minute and we get lost in the here and now. We have forgotten to think deeply and considerately about what's coming down the pike.”

Do We Know the Value of Time?

Bouskill presented their findings at a recent TEDx conference. The title of her speech was “Stone Agers on Speed.” 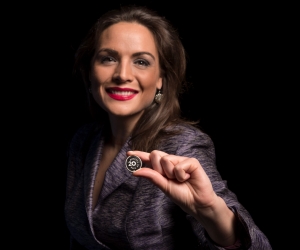 Afterward, she struck up a conversation with a fellow presenter, a New York artist named Otis Kriegel. He was just starting a new public art project, he explained. He was planning to hand out hundreds of coins starting in late spring, for 20 minutes each, with a request that people send him a sentence or two about how they spent their gift of time. A friend, for example, kept one of the coins in his pocket, a reminder not to waste time when he reached for his cellphone. After all, Kriegel said, “time is the common currency for all of us.”

“What could we do if we started a social movement where people would give themselves, or give one another, 20 minutes of time?” Bouskill asked. “What if we flipped 'time is money' to 'money is time'? What would that mean? What could we change? What would happen if we just stopped and talked to each other? What would we find out about ourselves?”

But in the hustle and hurry of modern life, those 20 minutes can be hard to come by. Bouskill decided the best thing she could do with her coin was save it as a reminder.

This venture was part of RAND's Security 2040 initiative, an effort to envision the world in 2040 and the security challenges that will shape it.