There's Help for Veterans with Mental Health and Substance Use Disorders 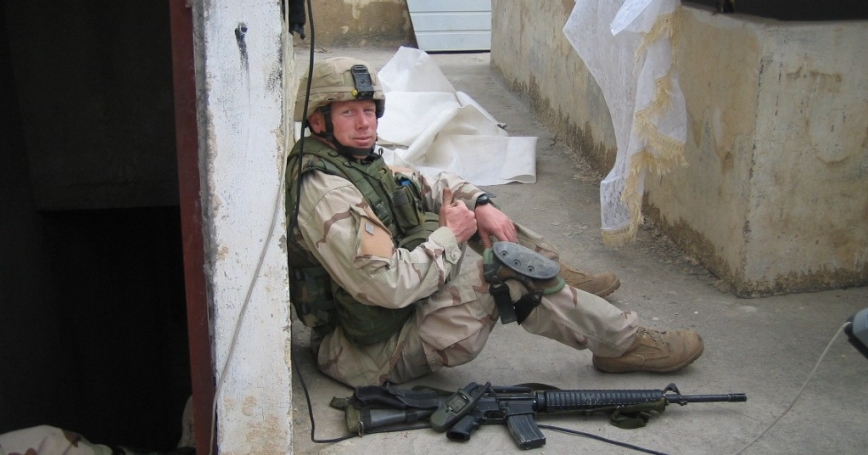 Dan Smee was walking on a dirt road near his home in California, a backpack slung over his shoulders, when suddenly his eyes were darting, his heart was pounding, and he was back in Iraq, back on patrol.

He couldn't sleep. He'd find himself in the smoking wreckage of an armored vehicle, groping around in the dark for his helmet, reaching to make sure his legs were still there. When the flashbacks got really bad—when he felt himself falling back into a flooded Iraqi canal, the water closing over his head—he chased them away with beer, whiskey, and sleeping pills.

It was a trap. As a recent RAND study showed, potentially tens of thousands of post-9/11 veterans like him have tried to numb the symptoms of posttraumatic stress disorder (PTSD) or depression with drugs or alcohol. That can keep them from seeking the long-term care they need, and becomes just one more barrier to climb if they do. When Smee worked up the strength to ask for help, a social worker told him to go get sober first.

“I was so out of my mind at that point that I didn't even know which way to go,” he says now. “The more symptoms I had, the more I drank, the more I used Ambien. Everything kind of crashed in on me.”

The Prevalence of Mental Health and Substance Use Disorders

More than 10 percent of veterans who served in Iraq or Afghanistan developed PTSD from what they saw and experienced. Some estimates put the number closer to 30 percent. As many as 15 percent show signs of depression. And one large survey of injured veterans found that half of those who had PTSD or depression also screened positive for hazardous alcohol use or a substance use disorder.

More than 10 percent of veterans who served in Iraq or Afghanistan developed PTSD from what they saw and experienced.

That survey was conducted by the Wounded Warrior Project, a nonprofit organization whose mission is to help veterans injured during the wars in Iraq and Afghanistan. In response to those findings, and to stories of people like Dan Smee struggling to get help, it asked RAND to investigate the state of care for veterans with co-occurring mental health and substance use disorders.

The lead researcher on the project, Eric Pedersen, spent the early years of his career working with those very veterans in clinics run by the Department of Veterans Affairs. Some of his patients thought they needed alcohol or cannabis to sleep. Others couldn't leave the house without calming their anxiety with illicit drugs.

“Telling somebody to go get sober before you deal with their PTSD or depression, that's just not going to work,” said Pedersen, now a behavioral scientist at RAND. “They're just never going to come back in for treatment. The drinking is the one coping strategy they have, and now you're going to remove it before you treat their underlying mental health disorder?”

That reality is not always reflected in the treatment options available to veterans and others struggling with co-occurring disorders. Pedersen's team reviewed thousands of in-patient treatment centers and out-patient clinics, and found that more than a quarter of them have no way to treat co-occurring mental health and substance use disorders at the same time. And even among those that did, the researchers found no agreement on what good treatment looks like, no consistency—no standard plan of action to get someone like Dan Smee back on his feet.

Improving the Delivery of Promising and Effective Treatments

Smee had served as a medic in the Army after high school, and reenlisted with the National Guard after 9/11. He thought he would serve stateside, maybe guard an airport.

Instead, he soon found himself patrolling the dusty fields of eastern Iraq. He remembers the way the dirt fell like rain after the explosion that ripped a hole in the armored vehicle he was in, the moment of superhuman strength that allowed him to escape that flooded canal in full battle gear. 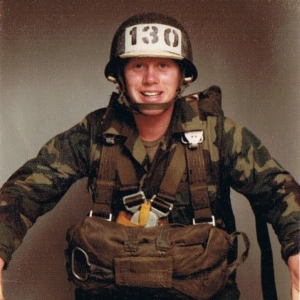 Dan Smee served as a medic in the Army after high school, then reenlisted with the National Guard after 9/11

He was using Ambien to sleep by the time he came home. Within a few months, he had added six packs of beer and pints of Jack Daniels. He stayed inside his apartment, the lights turned low, unless he needed to venture out to resupply. “The stuff that happened really started to wear on me,” he says now. “The friends lost, the near misses, being blown up and shot at and all the crazy stuff that comes with war. Things kind of unraveled for me.”

There are good, effective treatment protocols to help people break that cycle of mental health and substance use disorders, RAND's study found. The VA, in particular, has developed gold-standard treatments for veterans with co-occurring disorders, with the clinical evidence to prove they work. And yet, in interviews, the researchers found few providers who closely follow them.

Often, that was because of financial pressure. A treatment protocol might require 15 therapy sessions, for example; a patient might only have the insurance to cover five. Or a program designed for one-on-one sessions with a psychiatrist might be repurposed for group therapy. Did those modified programs still help? Often, the treatment centers themselves couldn't say for sure, because they didn't always follow up to make sure discharged patients hadn't relapsed.

There are good, effective treatment protocols to help people break the cycle of mental health and substance use disorders.

The researchers estimated that the average Wounded Warrior Project veteran lives within 15 minutes of a facility with some kind of program to treat co-occurring disorders. But there was no way to tell what kind of care it provides, what protocols it follows, or whether it could meet the specific needs of veterans.

That could make a big difference. At one facility that did serve veterans, for example, staffers knew not to schedule appointments around rush hour. They understood that, for a veteran with PTSD, getting stuck in a traffic jam could bring back memories of stopped convoys and roadside bombs.

“If you just want to go someplace, then sure, there's someplace near you that says it can help with co-occurring disorders,” Pedersen said. “But in terms of quality? We're not sure. We have these treatments that are out there, that we know work for veterans, but we need to do a better job to deliver them.”

The VA and other treatment facilities should ensure they're offering the full scope of evidence-based care that veterans with mental health and substance use disorders need. 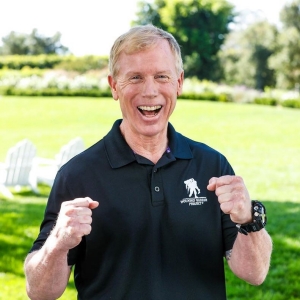 Smee, a social worker at the VA, now works with veterans facing the same co-occurring disorders that he did

They should make a point of screening every incoming patient for signs of such co-occurring disorders. And they should provide more information about their approach to those disorders, what treatment protocols they follow, and what veterans can expect when they get there.

“We absolutely know that unhealthy substance use is prevalent in our warrior population, and that it's a significant barrier to care,” said Michael Richardson, the vice president of independence services and mental health at Wounded Warrior Project. He added, “The same treatments don't work for everyone, and integrated treatment approaches are one of the best ways we can address these challenges.”

Dan Smee hit bottom in a police holding cell. He says he felt the presence of the devil there, and heard the voices of lost friends: “Hey, Smee, this ain't you, man.” He describes it as a moment of total clarity.

He went back to the VA, and this time got himself checked into a residential treatment facility for veterans with co-occurring disorders. He never looked back. Today, he's a social worker at the VA, a guide for other veterans working through the same problems he did. “I struggled,” he says. “If I can help another veteran not struggle like I did, then it's all worthwhile. That's my whole new mission and purpose in life now.”