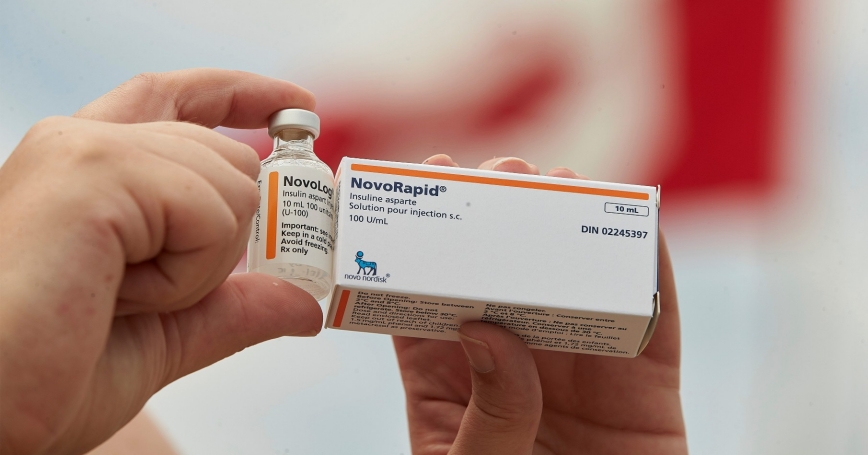 A woman from Minnesota holds up her U.S. bottle of NovoLog insulin and a Canadian box of NovoRapid, which she bought at a pharmacy in Ontario, Canada, June 29, 2019

Drug companies charge more for insulin in the United States than in nearly three dozen other countries RAND researchers examined—and it's not even close. The average list price for a unit of insulin in Canada was $12. Step across the border into America, and it's $98.70.

Those differences help explain why insulin has become a symbol of the high cost of American health care. Its prices have shot up in recent years, for reasons that are opaque at best, with those who can least afford it often paying the most. Reining in those prices has become the rare political cause embraced by Democrats and Republicans alike.

“This isn't just some academic question: 'How do our prices compare with those in other countries?'” said Andrew Mulcahy, a senior policy researcher at RAND who specializes in health care economics and led the study. “It's becoming a very practical question, because there are ideas out there to do something about it, and they can benefit from this kind of analysis.”

Diabetes is one of the most pervasive, deadly, and expensive diseases in the United States. More than 30 million people have it, and nearly a quarter of them use insulin to manage their symptoms and prevent life-threatening complications. Per-person spending on insulin, for those with employer-paid health insurance, doubled between 2012 and 2016.

The U.S. Department of Health and Human Services asked RAND to investigate how American insulin prices compare with those in other parts of the world. Researchers obtained list prices for all types of insulin from 33 countries in Europe, Asia, Australia, and the Americas. Plotted on a graph, the U.S. prices stand alone.

The average price in America, across all types of insulin, was more than ten times higher than the average for all of the other countries combined. In fact, the closest any country came to paying the $98.70 American average was the $21.48 average that Chile pays.

The differences were especially stark when the researchers looked at rapid-acting insulin, which makes up about a third of the U.S. market. Its average price in other countries was just over $8. In America, it was $119.

“It comes at a high cost, and not just financially, but in terms of your life,” said Mila Clarke Buckley, 30, whose autoimmune diabetes is slowly shutting down her pancreas. She runs a top-rated blog for fellow diabetics, “Hangry Woman,” from her home in Houston. She has more than 30,000 readers.

“It's not like one day you can just stop taking insulin,” she said. “You really have to manage your life thinking, OK, this is my No. 1 priority, to be able to get this little pen of liquid so that I can live.”

Insulin prices in the United States are higher than prices in nearly three dozen other countries RAND researchers examined—and it's not even close.

The prices RAND used in its study—the list prices, set by drug manufacturers—were the most available for comparison across different countries. They're a good starting point for understanding the true cost of insulin. In the cryptic world of drug-price setting, the list price is like an opening bid.

The companies that manage the drug formularies that you might see on your insurance plan then enter the picture. They negotiate discounts and rebates in a closed-door process that yields a second, lower price that insurers ultimately pay. Drug manufacturers compete for their business by offering generous discounts, which gives them every reason to set their initial prices high. Even if those discounts cut 50 percent from the price, RAND's study noted, Americans would still be paying several times more for insulin than what people in other countries pay.

It's hard to track the final prices that patients like Buckley actually pay at the pharmacy counter. Those who have insurance still have to cover deductibles and copays, which can be significant. Those who don't have insurance can find themselves paying the full list price.

Drug companies have started to introduce lower-priced insulins and discount cards to help those struggling to pay. But nearly a third of the people who responded to an American Diabetes Association survey said they had postponed doctors' appointments or put off paying bills to afford their insulin. A quarter had skipped a rent or mortgage payment. 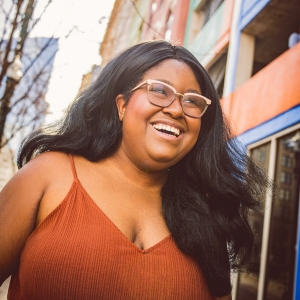 Buckley has been there. When her husband lost his job a few years ago—and with it, their health insurance—she, too, found herself caught between paying their bills and paying for insulin. She paid the bills.

“It was an impossible choice, but we had nothing left to give,” she said. For several weeks, she watched her blood-sugar levels creep up as she rationed what little insulin she had, until her husband could find another job. “It was terrifying,” she said. “That's why we need to really force this conversation to stay open. It's important to live in a country where insulin is accessible and affordable and people don't have to make choices to go without just so they can get their insulin.”

Several states have capped how much their residents can be asked to pay out of pocket for insulin. A few have filed lawsuits against the major drugmakers. At the federal level, policymakers have talked about—but not yet acted on—ideas to allow the importation of cheaper insulin, or to peg prices here to those in other countries. One proposal would cut back the middlemen so that list prices can more closely reflect the final pharmacy prices.

You really have to manage your life thinking, OK, this is my No. 1 priority, to be able to get this little pen of liquid so that I can live.

Rep. Earl “Buddy” Carter of Georgia offered a backhanded thank-you to industry executives during a 2019 hearing on the soaring price of insulin. “You have done something here today that we have been trying to do in Congress [for years],” he told them. “And that is to create bipartisanship.”

Researchers at RAND are now starting to look at how American prices for other prescription drugs compare with those in other countries. “We really need to have a better sense of just how much more we're paying,” RAND's Mulcahy said. “It's not just insulin; it's across the board. My hope is that this insulin report is the start of a long string of analyses doing this kind of international drug-price comparison.”

Mila Clarke Buckley knows her insulin costs will go up. The type of diabetes she has—latent autoimmune diabetes in adults, or LADA—is a progressive disease, breaking down her body's ability to function without increasing doses of insulin. Sooner or later, she will become completely insulin dependent. She has a separate tab on her household budget for when that day comes: “Mila's Diabetes Care.”

“It happened to me; it can happen to you any day,” she said. “That's why we need to have this conversation, because the prices are astronomical, and it affects real lives. One day, I didn't have diabetes, and the next day, I found out I did, and it changed my entire life.”