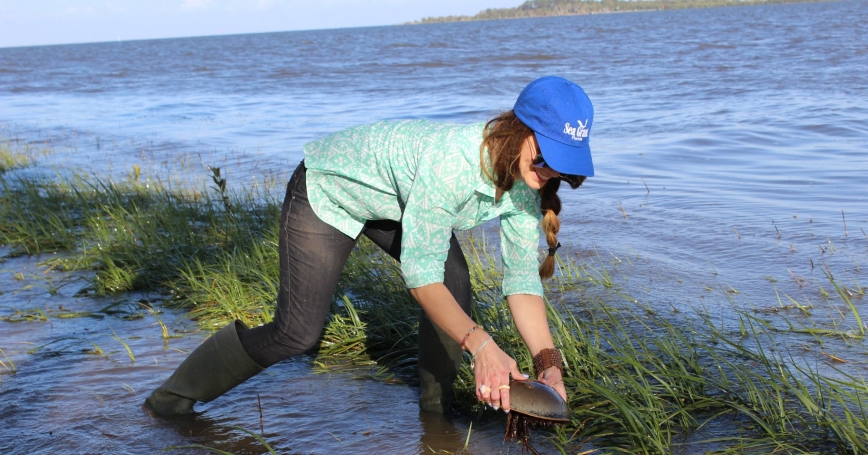 A woman participates in a citizen science project to collect data about horseshoe crab populations in Cedar Key, Florida

In Flint, Mich., a worried mother begins working with lab scientists and fellow community members to test the city's water supply—and helps expose a lead crisis that may have sickened thousands. In Fukushima, Japan, community members build their own radiation detectors to measure the fallout from one of the worst nuclear disasters in history.

And on the gulf coast of Louisiana, a soft-spoken community leader named David Gauthe surveys the damage from another hurricane and wonders what could possibly be in all the dredged-up muck smeared across every yard and garden.

They might not introduce themselves as scientists, but when their communities needed help, science gave them the tools to make a difference. In recent years, “citizen scientists” like them have provided on-the-ground data and expertise on everything from chemical pollution to climate change to COVID outbreaks. Along the way, they've pushed science itself to become more responsive, more effective, and more transparent.

Citizen scientists have provided on-the-ground data and expertise on everything from chemical pollution to climate change to COVID outbreaks.

Researchers at RAND have now published a do-it-yourself guide to citizen science that walks people with no scientific training through the steps of a successful project. It's based on years of research showing how communities can make themselves safer, stronger, and more resilient with science.

“A lot of community citizen science efforts get started because people see gaps in how the government is responding to a disaster, or they mistrust the data and research coming out of big institutions,” said Ramya Chari, a policy researcher at RAND who has worked for years on citizen science projects. “It's important to acknowledge that community members have a lot more to add to research than just being research subjects.”

Citizen Science Has a Long Tradition

David Gauthe and his wife, Sharon, live by the three constants of life on the bayous of southern Louisiana: water, oil, and hurricanes. When the Deepwater Horizon oil rig exploded in 2010, it brought to the surface a fear that had pulled at David Gauthe for years. How much oil contamination lurked in the mud and water that hurricanes heaved ashore all along the Gulf Coast?

The Gauthes and around 30 members of their community decided it was time for some answers. They were Black, White, and Native American. They included shrimpers, a medical doctor, a police officer, one 15-year-old high school student and two women in their 80s; the Gauthes worked for Bayou Interfaith Shared Community Organizing, a community group. They all knew any answers were going to have to come from them. 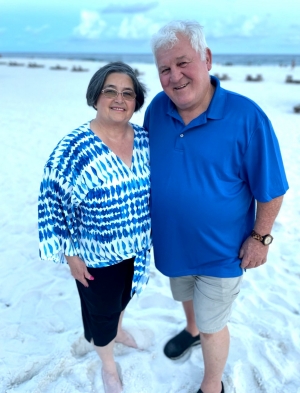 In that, they were exactly the kind of people RAND researchers had in mind when they wrote their guide. They described their intended audience as “ordinary people, organizing through science and engineering to help disaster response and recovery.”

Citizen science has taken off in the past 15 years, especially with the introduction of smartphones and social media. But the history of science is, in large part, a history of citizen science. French wine growers have been keeping data on harvest times since the 1300s, with such precision that scientists are now using their numbers to study climate change. More recently, thousands of parents in the 1950s and '60s helped scientists track the fallout from nuclear tests by sending in their children's baby teeth to be tested for radioactive isotopes.

Federal law now encourages agencies with scientific missions to use crowdsourcing and work with citizen scientists whenever possible. One recent study calculated that, in the field of biodiversity research alone, the work that citizen scientists put in could be worth up to $2.5 billion every year.

Yet professional scientists and policymakers have not always jumped to embrace citizen science projects. Some have raised concerns about the quality of citizen-generated data. Some have questioned whether citizen scientists can really be impartial truth-finders in their own backyards. RAND's toolkit—Citizen Science for Disasters: A Guide for Community Groups—has a counter premise: that in a time of deep uncertainty, good citizen science can help communities prepare for, respond to, and recover from disasters.

“It's clear that these crises that are increasingly common, increasingly affecting large populations, really test the limits of public health agencies and what governments can do to respond,” said Sameer Siddiqi, an associate policy researcher at RAND who coauthored the guide. “Citizen science is necessary to help communities meet these crises where they are.”

Researchers interviewed dozens of scientists, community leaders, and government officials to write their guide. They convened a panel of community and local government groups to advise them. They also surveyed hundreds of health departments for a companion toolkit to help local health officers engage with citizen scientists in their communities. The Centers for Disease Control and Prevention sponsored their work.

Their citizen science guide takes non-expert investigators from the earliest stages of defining their questions and setting their goals, through building their teams, and then on to planning for action. It provides worksheets, tips to find funding and volunteers, and case studies of what successful projects have accomplished. Checklists throughout help citizen science teams focus their questions, choose their methods, and know when they're ready to start gathering data. 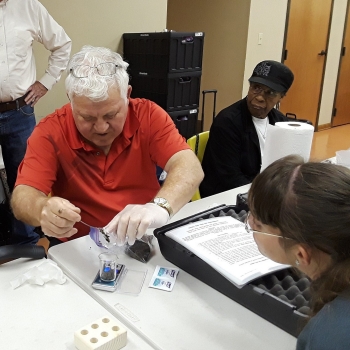 One key message the researchers wanted to get across: Citizen science can take whatever form is right for the community. It might be as simple as people self-reporting COVID or flu symptoms to help scientists track an outbreak. It could be people working side by side with scientists to solve a community problem, like that mother in Flint who helped lead a community effort to collect and test water for lead. Or it could be a group of citizens who want answers and don't want to wait for the professionals to take the lead.

That would be the Gauthes and their partners in southern Louisiana.

Over the course of a long weekend, they learned how to collect soil and water samples, test them, and interpret the results. They brought in scientists and researchers—including RAND's Chari—as technical experts and advisers. They found a supplier in Houston who donated thousands of dollars in testing kits and equipment.

When it was time for action, they fanned out across several parishes with test tubes, surgical gloves, and instructions to sample areas they thought were important. That meant marshes, bayous, a school playground, a church parking lot. Nobody was expecting what they found.

Many of the samples had at least a trace of industrial contamination. But only one had any significant amount of oil, and it came from near a gas station. Some of that may have been a timing issue; the team took its samples during a lull in hurricanes, and it's possible they would have gotten different results at a different time.

Citizen science can bring a community together, give a voice to people who might not otherwise be heard, and strengthen the social bonds that make a community resilient.

But even the results they did get pointed to areas for further study and, more importantly, provided a baseline from which to monitor the effects of future hurricanes. David Gauthe calls it one of the most successful projects of his career.

“They learned that they were capable,” added Sharon. “No matter how young or old they were or how educated, they could go out and get information that was valuable for the community.”

That's a benefit of citizen science that can sometimes get overlooked in the rush to gather new data or answer new questions. It can bring a community together. It can give a voice to people who might not otherwise be heard. It can strengthen the social bonds that make a community resilient.

It also gives people an inside look at how science really works. “One huge benefit of citizen science is just getting people engaged in research and understanding how these tools and techniques work,” Chari said. “It can help improve trust in science at a time when there's a lot of mistrust.”

That's what she saw in southern Louisiana. When the samples were in and the tests were done, someone asked the group: What if the Department of Environmental Quality had come in here, taken the same samples, run the same tests, and told you it found only small amounts of oil. How many of you would believe it?

Not a single hand went up.