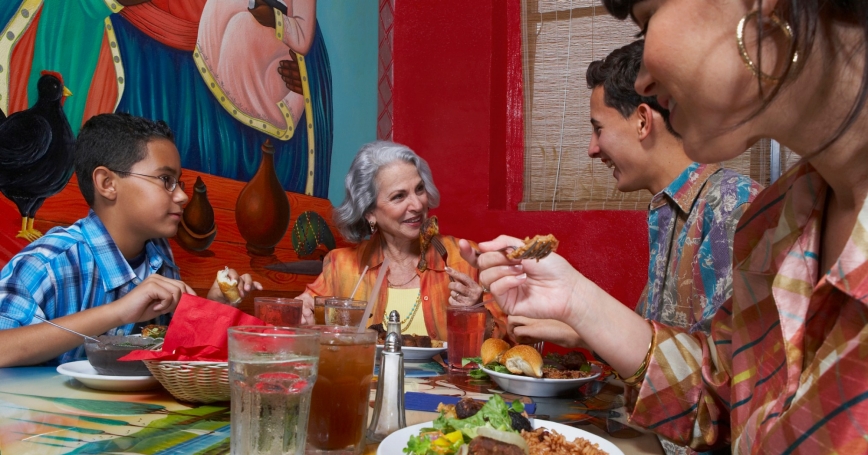 by Deborah A. Cohen and Lila Rabinovich

New York City's just-approved ban on serving sugar-sweetened beverages larger than 16 ounces, along with the decision by McDonald's to post calories on menu boards nationwide, signal a new era in efforts to control the obesity epidemic. And as we navigate this future, it's worth taking a look at similar campaigns in our country's past.

Two hundred years ago, America was considered a nation of drunkards. Alcohol was the beverage of choice, in part because people didn't have access to potable water or couldn't trust the local water supply. Alcohol was served to all, even children. The tavern was the key social institution in town. Employers gave workers allotments of rum. Abundant corn crops were difficult to ship, so settlers transformed them into abundant supplies of whiskey.

Every man, woman, and child was estimated to have consumed more than 3.5 gallons of hard liquor each year, on average, with alcohol consumption peaking in 1830 at roughly triple the consumption today.

The general attitude at the time was that drinking alcoholic beverages was healthful, while water was fit only for livestock. Strong drink was frequently prescribed by physicians, even for babies with colic, and was believed to cure colds, fevers, headaches, depression and snakebites.

Attitudes changed dramatically when compulsive drinking became increasingly recognized as the cause of ruined health and an early death. People who consistently drank too much were unable to earn a living or provide for their families. The source of addiction was initially considered to be alcohol itself, rather than a defect in the person. People were largely sympathetic to drunkards, who were viewed as victims. The temperance movement named "demon rum" as the perpetrator. Efforts to protect its so-called victims and their families focused on restricting the sale of alcohol and the opportunities to drink; for example, no sales on Sundays, not from unlicensed vendors, not to children and no drinking on the job. Between 1830 and 1840 the consumption of alcohol dropped by nearly half.

Today, regulations to limit the accessibility of alcohol, including restrictions on where and when it can be sold, the minimum allowed age of buyers, and constraints on specials like "2 for 1" or "all you can drink," as well as standardized portion sizes for beer, wine and liquor, have been successful in reducing how much Americans drink. Such regulations are largely responsible for the continuing decline in alcohol-related harm, like liver cirrhosis and traffic fatalities.

In contrast to the success enjoyed with alcohol control, obesity and related chronic diseases are out of control. While there are many causes for these ills, research findings suggest that regulating the sale of junk food, as well as standardizing portion sizes, similar to the standards that guide the serving of alcohol, could play a critical role in moderating consumption.

Physiologically, according to Dr. Nora Volkow, the director of the National Institute on Drug Abuse, the attraction people feel toward foods high in sugar and fat, like cookies, candy, chips and sugar-sweetened beverages, is activated by the same neurological pathways associated with alcohol addiction. Just seeing these foods makes people feel hungry and triggers cravings—a reaction that for many people is uncontrollable. Often people don't recognize the connection. Instead, they assume they really are hungry. Even if they have just finished a large meal. Think of Thanksgiving—there's always room for dessert!

We are no longer a nation of drunkards. And if America were to adopt the alcohol-control model, we might no longer be a nation of the obese.

Obesity-control policies could include standardized portions for food served away from home. Regulations could limit exposures to junk foods, which are now ubiquitous in retail outlets, not to mention work and community settings.

Why standardize servings for food? The research is clear and consistent: If people are served more, they eat more. If every restaurant served foods in the same quantity, the standardized portion sizes would help people track how much they are consuming, just the way they can gauge their risk of becoming inebriated based on the number of drinks they have. It wouldn't necessarily stop people from eating as much as they want, because they could just order extra portions. But it would provide a useful yardstick.

Another problem is the overconsumption of foods high in solid oils, fats and added sugars—aka, junk food. Its presence wherever we go can undermine our ability to control our intake. Because it is harmful when consumed in excess—just like alcohol—junk food should only be sold by licensed vendors, and prohibited from vending machines, hardware stores, bookstores, car washes, etc.—just like alcohol.

We would also recommend not displaying junk food in salient places, like cash registers and end-aisle displays. Because these locations are so powerful, vendors pay retailers a premium to display their goods there. These locations account for 30 percent of all supermarket sales, according to Herb Sorensen, a supermarket researcher and author of "Inside the Mind of the Shopper." Most people fail to recognize the role location plays in their choice of food and blame themselves for lack of willpower. But when those items are on the bottom shelf in the middle aisle, fewer people buy them.

Just as with portion control, regulating where you can place food for sale doesn't stop people from buying it. It just requires them to make an extra effort to find the food. It might help those who want to avoid junk food to resist their impulses.

Deborah Cohen is a physician and a senior natural scientist at the nonprofit, nonpartisan RAND Corporation. She is co-author of the book "Prescription for a Healthy Nation: A New Approach to Improving Our Lives by Fixing Our Everyday World." Lila Rabinovich is an associate social science analyst at RAND.

This commentary originally appeared on Newsday on September 14, 2012. Commentary gives RAND researchers a platform to convey insights based on their professional expertise and often on their peer-reviewed research and analysis.