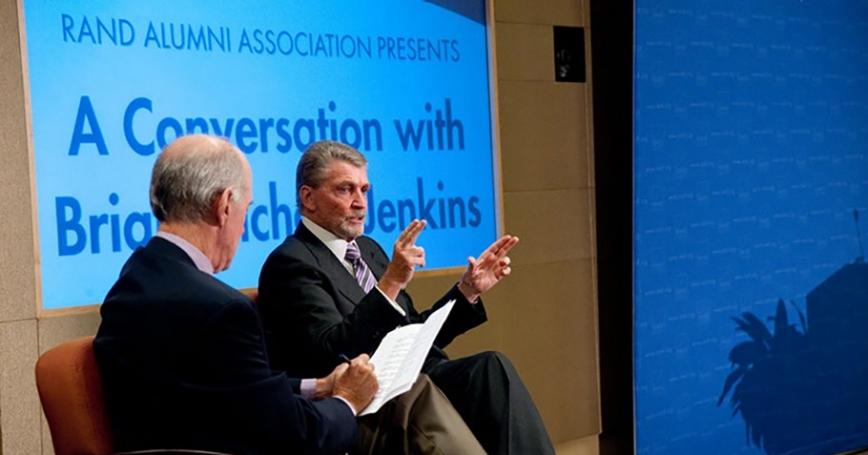 Brian Michael Jenkins, senior adviser to the president of the RAND Corporation, has been chosen as a member of the World Economic Forum's Global Agenda Council on Terrorism.

He will travel to Dubai in mid-November to attend the Forum's Summit on the Global Agenda, billed as the world's largest brainstorming meeting, bringing together thought leaders from WEF's Network of Global Agenda Councils. The Councils, made up of experts from academia, business, civil society and government, address over 80 pressing issues facing the world today.

Jenkins is the author of Will Terrorists Go Nuclear (2008, Prometheus Books) and of several RAND monographs on terrorism-related topics.

In anticipation of the 10-year anniversary of 9/11, Jenkins spearheaded the RAND effort to take stock of America's policy reactions and give thoughtful consideration to the future strategy. That effort is presented in The Long Shadow of 9/11: America's Response to Terrorism.

In 1996, President Clinton appointed Jenkins to the White House Commission on Aviation Safety and Security. From 1999 to 2000, he served as adviser to the National Commission on Terrorism and in 2000 was appointed to the U.S. Comptroller General's Advisory Board. He is a research associate at the Mineta Transportation Institute, where he directs the continuing research on protecting surface transportation against terrorist attacks.

The World Economic Forum is an independent international organization committed to improving the state of the world by engaging business, political, academic and other leaders of society to shape global, regional and industry agendas.